CO-FOUNDER OF THE ARMENIAN REVOLUTIONARY FEDERATION AND ONE OF THE PRECURSORS OF ARMENIAN TERRORISM: KRISTAPOR MIKAELYAN
Commentary No : 2021 / 34
Ahmet Can ÖKTEM
14.04.2021
10 min read 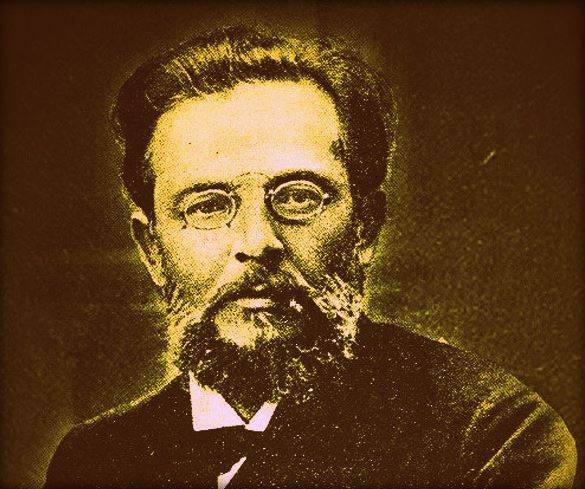 On March 12th, 2021, the website of the Armenian Apostolic Church’s Eastern Prelacy, Armenianprelacy, published a brief praise-filled biography of a radical Armenian figure named Kristapor Mikaelyan for his commemoration.[1]

It is established that Mikaelyan, who is among the founders of the “Armenian Revolutionary Federation - Dashnaksutyun” (ARF), which is closely identified with Armenian acts of terror, is regarded as an Armenian hero within Armenia and the Armenian Diaspora that has expanded to various regions in the world, is among the prominent names in Armenian history and those who believed that an “Independent Armenia” can be realized through methods of terror.

In the biography’s introduction, it is alleged that Mikaelyan devoted half his life to the “cause of the liberation of the Armenian people from foreign oppression”. The biography emphasized that Mikaelyan adopted revolutionary and socialist views during the period of his education and strived to spread his views in the circles he was a part of. It is known that, during the period of his studies in the University of Moscow, he became a member of the Russian revolutionary terrorist organization Narodnaya Volya. It is also on historical records that he was arrested twice (in Tbilisi and Baku).

The biography presents Mikaelyan as a figure who finalized a very difficult task of uniting the Armenian political parties and groups engaged in liberation struggle. It is underlined that Mikaelyan, together with Simon Zavarian and Stepan Zorian (Rostom), founded the “ARF” in 1890 in Tbilisi. Mikaelyan was the originator of the ideological and organizational foundations that would ensure the organization’s advancement and was among the authors of the party’s program.[2]

The ARF, Armenian Democratic Liberal Party – Ramgavar and the Social Democrat Hunchak Party are three political organizations that hold historical and political influence within Armenia and the Armenian Diaspora. With its deep-rooted history, the ARF is established in various parts of the world, especially in the US, France, Lebanon, Syria, Iran and Argentina, and continues to advocate “Armenian revanchism”. In addition to its political party organization, the ARF also utilizes the platforms it creates, such as youth and women’s branches, charity networks and sports organizations, in line with its objectives. Preventing the Diaspora from losing its Armenian identity as a consequence of assimilation and creating politically influential diaspora communities are among the ARF’s primary and ongoing aims.[3]

A Mouthpiece Of The ARF’s Terror: Droshak Newspaper

Another matter that was conducive to Mikaelyan becoming a known figure within the Armenian community was his position as editorial director of a newspaper named “Droshak” (Flag), which was the ARF’s official news organ. It is known that the September 1894 issue of Droshak, published in Tbilisi, Paris and Geneva, published the ARF’s first party program.[4]

It is documented in the research related to Armenian history that a section titled “Terror” was published regularly on the last page of Droshak starting in 1903 and that this publication decision was realized in accordance with the directive of Mikaelyan. In a study of the “Review of Armenian Studies” journal, a January 1897 copy of Droshak is evaluated and it is concluded that the newspaper openly conducted terror propaganda. The study indicates that the Droshak newspaper addresses the 1896 Van Revolt and the Dashnak insurgents are portrayed as the “protective angels of the Armenians” and are viewed as heroes. It is striking that attempts are made to conceal the defeats suffered in the Van Revolt and the Armenian readers are continuously called on to take revenge.[5]

The statement below, belonging to a Droshak author, reflects the intransigent and violence-prone mentality of the ARF:

“We neither believe the sultan, nor the diplomats. We Armenians, we finish the year ‘96 happier compared to the beginning. We face the year ‘97 with more faith. We continue to be careful … and we certainly declare that it is necessary for us to always struggle. We are convinced that the only way for the salvation of Armenians is revolution. The world wants us to have this sacred fight, of which we are convinced of as well. Only the free Armenians deserve to be members of this world. We also believe that our enslaved people, as well as our ruined homeland and the sacred memory of our hundreds of thousands of martyrs want this sacred fight from us. We start this new year shouting ‘Fight! Fight! A more unrelenting fight!’ ”[6]

The biography expresses that Mikaelyan was the driving force behind the French-language Armenophile Pro-Armenia newpaper published in Paris.[7] It is noted that famous French left-wing politicians and authors have contributed to this newspaper. Georges Clemenceau, Jean Jaurès, Anatole France, Francis de Pressensé, Victor Bérard and Pierre Quillard are among these figures. A study of the “Review of Armenian Studies” journal emphasizes that these French figures, who had very limited knowledge regarding the Ottoman Empire, deemed the Armenians as progressivists and the Turks as reactionists in general.[8]

The mentioned “Review of Armenian Studies” [9] journal’s study and the book titled “To Kill a Sultan - A TRANSNATIONAL HISTORY OF THE ATTEMPT ON ABDÜLHAMID II (1905)”[10] state that the Pro-Armenia newspaper was considered to be a continuation of Droshak, however, unlike Droshak, Pro-Armenia adopted a broadcasting policy of concealing its terror-sympathizing stance and displaying a clearly anti-imperialist approach.

The single sentence written in Mikaelyan’s said biography regarding the organization named “Potorig” (Storm) established by him in 1901 described the organization as requesting financial support from wealthy Armenians for the “revolutionary cause”. The fact which is missing from this description is that, while this so-called Armenian charity association led by Mikaelyan collected money from wealthy Armenians with the excuse of the “Armenian homeland’s freedom”, it did not refrain from resorting to methods such as threats, blackmail and murder when considered necessary against the Armenians that refused to cooperate. A notorious instance of Potorig’s murders against the Armenians that refused to pay tribute was an Armenian merchant named Isahag Zamharyan, who was stabbed with a dagger by a Dashnak terrorist in the yard of an Armenian church in Moscow.[11] These collected funds have also been described as a “revolutionary tax”.[12]

In this context, there are studies in which Mikaelyan is described as a “specialist” in blackmailing, threatening, violence, assassinations and bombings.[13]

It has been highlighted that the large amount of extorted money collected by the Dashnaks through Potorig has been used for the financing of many activities, including the Pro-Armenia newspaper, the assassination attempt against Sultan Abdülhamid II and the Sasun revolts.[14]

The 1905 Bombing Organized By The ARF At The Yıldız Mosque

The bomb assassination attempt, code named as “Operation Nejuik”, carried out in 1905 against Sultan Abdülhamid II at the Yıldız Mosque exit is depicted as one of the greatest and most sensational political conspiracies of modern times.

It is stated that, on the day of the assassination attempt, letters were sent to the Austrian, French and Russian embassies expressing that the ARF claimed responsibility. After the explosion, the Ottoman police discovered dozens of explosive devices throughout Istanbul. It is explained that only a portion of the material used in the making of the bomb was allocated for the assasination attempt against Abdülhamid and that the rest of the explosives were planned to be used with the aim of spreading the chaos that would ensue after the Sultan’s death.[17]

Mikaelyan, together with Vram Kendirian, died in Bulgaria, as a result of an explosion while they were experimenting with explosives (several months before the assassination attempt). Although the untimely death of the conspiracy’s leader led to serious conflicts within the organization and brought the conspiracy to the brink of being annulled, the plan continued.[18]

It is asserted that Pro-Armenia was influential in the Belgian syndicalist anarchist Edward Joris’, who was one of the accomplices, joining of the Armenian cause.[19]

As a result of the Nagorno-Karabakh War in the Fall of 2020 ending in defeat for Armenia, which occupied the lands belonging to its neighbour Azerbaijan in the 1990’s and is abstaining from establishing good neighbourly relations with its other neighbour Turkey, in order for peace to be achieved in the South Caucasus, it is crucial that lessons are taken from the mistakes that have been recurring from the years of the ARF’s initial establishment to the present.

In a period when there are hopes for the Nagorno-Karabakh War to have positive repercussions over the Turkey-Armenia relations, the US’ scandalous decision to release Hampig Sassounian, who is the murderer of the martyred Consul General of the Republic of Turkey in Los Angeles, Kemal Arıkan, will constitute a justification for the nationalist Armenian circles to continue their intransigent attitudes.

Although there is a generational gap between Sassounian and Mikaelyan, these two individuals, who are deemed to be heroes by the Armenian people, are not different from eachother in terms of their mentality and understanding of terrorism. It is very likely that Mikaelyan was an inspiration for Sassounian.