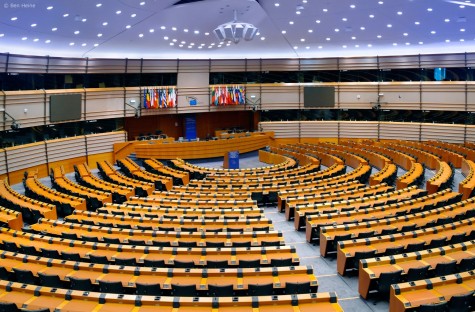 The resolution was proposed by the European People’s Party in the European Parliament. According to the resolution, Turkey should recognize the "genocide" and face her history as soon as possible. It is obviously seen that, the European People’s Party aims to promote a negative image of Turkey during the EU accession by generating a one-sided and provocative understanding of a historical event in order to politically pressurize Turkey. However, since, the resolutions have no legal or historical basis, the demands are refutable by the references.

While the term "genocide" is underlined by the European People's Party (EPP), there was not only the "Armenian genocide", "the Pontic Greeks and Assyrians" were also supposedly subjected to "genocide " in Anatolia. 1915 is a tragic date for all the Anatolian people. For one of the communities in Anatolia, to call the events as "genocide" is to disregard the pains suffered by all of the inhabitants living in that territory. Including the Muslims, most of the population suffered from the effects of wartime hardships and disorder. Furthermore, there is no legal decision that there has been "genocide" by Ottomans in Anatolia. "Genocide" is a legal term and there is no "genocide consensus" on neither Armenian nor Pontic Greek and Assyrians. As for the Armenians, Pontus Greeks and Assyrians were also tried to be a part of a political propaganda material. All people who had been living in Anatolia suffered together. Furthermore, they all became a part of this pain. Nevertheless, to call 1915 events as a legal term, “genocide” is to disregard the pain of all people who had been living in Anatolia.

Restoration of religious and cultural sites is also another point of the Resolution. As it is known, İstanbul and many other places in Anatolia, there are countless buildings, constructions, churches and any other architectural structures. The Balyan's in İstanbul built Dolmabahçe Sarayı, Beylerbeyi Sarayı, Ortaköy Camii and many more. Republic of Turkey has restored many of the churches and these churches are open to worship. The Armenian Patriarchate in Turkey has a website and it is available to see the conditions of the religious and cultural architectures in Turkey. If Turkey had a harassment and inconvenience with the existence of the Armenian architecture, İstanbul should not have been "İstanbul" today.

On April 12, 2015, Pope Francis claimed that the 1915 events were the first genocide of the 20th century. However, Pope Francis disregards the very first industrialized extermination (which today would be defined as genocide) genocide of the 20th century against Nama’s and Herero’s by the Germans in 1904. Recently, Germany (both parliament and the government) is looking for accomplice for Germany’s “industrialized genocide” by recognizing the so-called Armenian genocide.

On April 15, the resolution was adopted by the European Parliament which urges Turkey to recognize the Armenian “genocide”. This non-binding resolution of the EP creates obstacles against the normalization process for Turkey and Armenia.