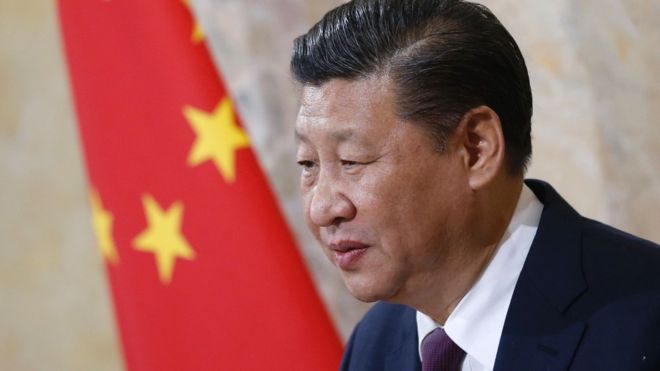 World Economic Forum took place in an unusual setting in 2017. At the forum, which was held on 17-20 January 2017 in Davos, none of the high-level leaders from United Kingdom, United States, Germany and Canada and so on were present, whereas China was represented at the highest level with a crowded delegation. President of China, Xi Jinping was accompanied by high level officials and business people such as the founder of the world’s biggest e-commerce company “Alibaba”, Jack Ma. Together with President Trump’s strong emphasis on the need for United States to handle domestic issues first, many scholars argue that possible impact of Brexit both in Europe and beyond Europe, upcoming elections in Germany and uncertainty over the support for Prime Minister Merkel have affected the spirit of this year’s forum in Davos. As it is observed at the forum, China’s influence is increasing and despite some domestic and regional issues, the country is ready to assume a stronger role on the global level.

To describe the general environment at the World Economic Forum, some scholars draw attention to the large number of sessions that focused on Asia, such as "Asia Takes the Lead"[i]. This example reflects the expectations on Asia with regard to economy. Chinese President Xi Jinping’s speech in fact supported this thesis. President Jinping underlined some of the critical issues that require new approaches. Among these issues are the “lack of driving forces for global growth, inadequate global economic governance, uneven global development” as well as “developing a dynamic, innovation-driven growth model, pursuing a well-coordinated and inter-connected approach to develop a model of open and win-win cooperation, developing a model of fair and equitable governance in keeping with the trend of the times and developing a balanced, equitable and inclusive development model” to offer to start a new era to overcome current challenges.[ii] With these solution-oriented points, his speech mainly explains the new global growth model which will have a win-win approach via inclusive and innovative means, if they are equally and fairly implemented by everybody.

To that effect, it seems possible to assume that China’s position in Davos was a reaction to the current global developments. President Xi Jinping explained the negative outcomes of the protectionist economic policies without openly pointing fingers at any country. On the other hand Trump’s reaction against China for manipulating the currency by devaluing the yuan against the dollar[iii] has been significant. In times of crisis China possesses itself as an example on the monetary policies as well with its success in making its currency RMB (Yuan Renminbi) a member of the “elite club of the IMF”. China’s policy to use its own currency in trade and its inclusive approach towards the Eurasia region, supports China’s role in many aspects.

In order to underline its global role, China has long been expected to be one of the world’s biggest overseas exporters[iv]. Indeed, China’s reliance on exports defines the motivation behind China’s position in Davos and the reason why China supports free trade over protectionist economic policies. Yet there are some domestic issues within the country and security issues in the region that need to be solved to fulfill the free-trade commitments as the Chinese suggest. Domestic issues on economy and state-private sector relations, might affect China’s credibility. For instance, there has been widespread reports as to how foreign companies operating in China are still facing serious challenges, while Chinese companies exploit more advantageous standards letting them to invest abroad extensively. As an article in the Forbes recently stated “More than 80% of members of a U.S. business lobby in China say foreign companies are less welcome than in the past, a survey released on Wednesday showed, with most saying they have little confidence in China's vows to open its markets”[v].

The effects of Brexit and new President of the United States Donald Trump’s discourses against China were evident during the forum. President Trump’s “America first” policies and accusations against China has raised the concerns on a possible “trade wars” between the two biggest economies. In that sense China’s intention to further promote win-win policies over protectionism during Davos should be seen as a positive development. President Trump and his administration believe that trade between United States and China has a trend in favor of the latter. Trump has been accusing China for an unbalanced bilateral economic relation. In that context, as he promised during the pre-election campaign, Trump withdrew from Trans-Pacific Partnership (TPP), which was signed by twelve regional countries.[vi] However, a possible trade war between two super powers eventually will have global consequences as economic relations between China and other countries in Europe and Asia are supported by many actors and they are inter-linked.

There is another dimension to China’s regional and global role; i.e. security. Following the dissolution of Soviet Union in 1991, China decided to initiate the Shanghai Five in 1996 – which transformed into Shanghai Cooperation organization with the inclusion of Uzbekistan in 2001- mainly to address its border security concerns in a new and uncertain political environment. SCO serves as an effective platform to create an environment for further engagement and cooperation among member countries, but it limits itself with the regional issues. Therefore, member countries prefer to pursue their relations on vital issues with other countries on bilateral level. Increasing tensions among Asian countries over the South China Sea adds another dimension to China’s pursuit of a global role.. The maritime routes passing through the Strait of Hormuz and the Strait of Malacca are particularly important for China as they connect mainland China with its main trade corridors now. Hence, South Asia Sea is a vital topic for China.

Despite the unresolved security issues in the region, the need for China to open its internal market for the foreign investors more and US’s current position towards China, the process for a global shift towards Asia has already started. China is trying to reach out to the other regions, particularly to Europe through the Eurasia region with projects such as One Belt One Road. But projects like OBOR and funds dedicated to regional supports are not only China-supported projects. Other actors such as European Investment Bank and Korean Eximbank are also contributing in the regional connectivity projects. The best examples can be seen in Turkey as the connector of the two continents via Middle Corridor, such as recently opened Eurasia Tunnel.

Therefore, even though China has the leading role, joint efforts will make regional and global projects and trade successful. Hence, a possible trade war might have a negative impact not only on bilateral but also on the global level. Such areas of cooperation and joint efforts to support development will encourage the countries in the region to overcome the disputes in collaborative manner. However, particularly considering the current uncertainty both in the US and EU, positions and future actions of the two actors will determine whether China can assume its global role or not.