RCEP AND ITS SIGNIFICANCE FOR THE SIGNATORY COUNTRIES FROM THE AUSTRALIAN PERSPECTIVE
Commentary No : 2021 / 4
AVİM
07.01.2021
8 min read 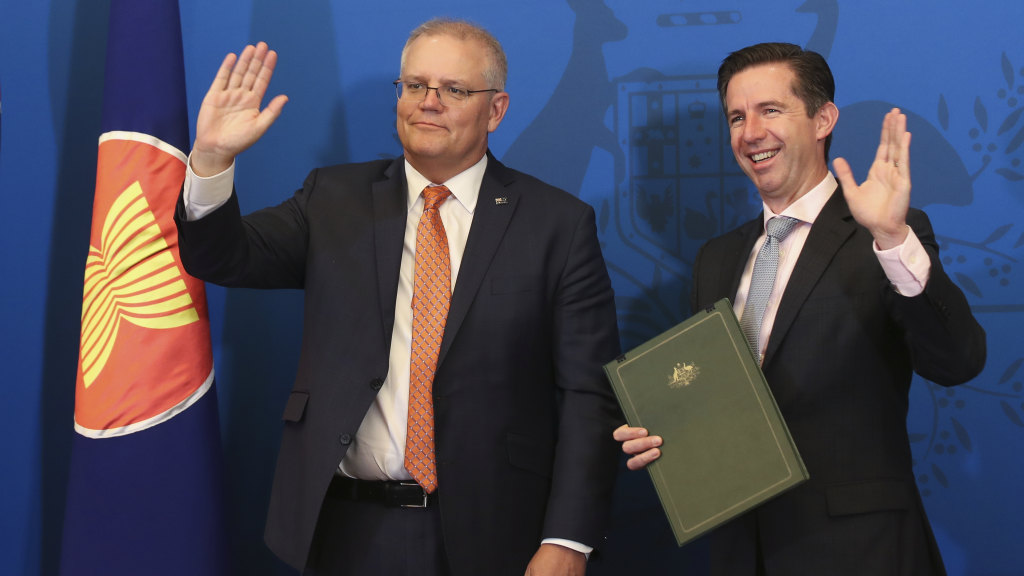 On 15 November 2020, the Asia-Pacific countries signed one of the largest trade deals in history[1]. The fifteen signatory countries[2] have constituted the world’s largest trade bloc which covers a third of the global economy[3]. As it raises concern that it extends China’s influence and diminishes the influence of the US on global trade, Regional Comprehensive Economic Partnership (RCEP) agreement is a significant achievement that will create a new trade bloc whose impact will be wider than both the European Union and US-Mexico-Canada (USMCA) deal[4] since the signatory countries make a third of the world’s population and account for twenty-nine percent of the global GDP[5]. In addition to this, this deal is crucial for member countries to recover from the devastating impact of the global economic crisis caused by the coronavirus pandemic. It was estimated that RCEP could rise the Global National Income by 186 billion dollars annually by the year 2030 and it could add 0.2 percent to the economy of its signatory countries[6]. Hence, it is possible to surmise that RCEP will advance the interests of its member countries and certainly of Australia’s.

There are indeed many benefits of RCEP for Australia, which has committed 46 million dollars to enable technical assistance and capacity building for the RCEP deal to ensure that it delivers its full potential[7]. First, the trade deal is going to include mechanisms for tackling non-tariff barriers[8]. Without breaking the existing obligations and rights under the World Trade Organization, non-tariff barriers, which are going to promote more transparency and cooperation among member countries, will be built by the common rules that were set for member countries in the areas of customs procedures and technical standards[9]. Also, Australian businesses will reach regional value chains more easily than pre-agreement times, with assistance of RCEP. Another considerable benefit of the RCEP Trade Agreement is that it will promote a strong platform to accelerate trade in services throughout the region. Thus, it will enhance rules governing financial services by enabling sufficient policy and regulatory flexibility for member countries to control the instabilities in the financial system. Accordingly, including high impact rules on telecommunications, encouraging the movement of businesspeople around the region and supporting the recognition of professional services in key sectors are other important outcomes of the RCEP for the Australian economy. Furthermore, it is going to promote the GDP of Australia by developing the investment environment across the RCEP area, establishing a common set of rules on intellectual property protection and enforcement for the RCEP area, enabling a platform for promoting the regulatory environment and business opportunities across the RCEP region and, giving support to economic capacity building[10]. Finally, the modern rules of the RCEP on e-commerce will locate Australian businesses and consumers to capitalize on digital trade in the region[11]. Apparently, RCEP Agreement will contribute to Australian economy in many sectors.

The role and importance of RCEP was also highlighted in an explanatory talk of the Australian Prime Minister, Scott Morrison. As suggested by Australian Prime Minister: “Our trade policy is all about supporting Australian jobs, boosting export opportunities and ensuring an open region with even stronger supply chains. RCEP builds on our trade successes and is good news for Australian businesses[12]”. In addition to this, he stated that since one in five jobs in Australia is based on trade, RCEP is going to be crucial for the recovery from the disruptive effects of Coronavirus Pandemic on trade and rebuild the region and the world[13]. It is true in a sense that it will open a new road for Australian farmers, businesses, and investors since the RCEP region constitutes the fastest growing region in the world[14], Prime Minister Scott Morrison said. He also evaluated Australia’s participation on RCEP as, “Now that is a good thing for the global economy. It is good for Australia.  And, of course, it’s certainly good for the Chinese people[15]”.

The Minister for Trade, Tourism, and Investment of Australia Simon Birmingham added that there are several other benefits of RCEP for Australian economy. He stated that RCEP would be the largest trade pact in the world and it would improve export opportunities for Australia, and especially that it would have a considerable impact on services sector of Australia[16]. He also underlined that “RCEP has been driven by the ten ASEAN nations, who collectively constitute Australia’s second largest two-way trading partner and have successfully brought Australia, China, Japan, New Zealand and South Korea into this regional trading block with them[17]”. He noted that, “There are particular gains for Australian providers within the financial services sector, education, health, engineering and other professional services, who can become better integrated within the region and have more access within RCEP countries               .”

The Australian Ambassador in Ankara was also forthcoming in providing information. In his words: “RCEP will be the largest trade deal of the world and it will bring together the nine of Australia’s trading partners”. He also suggested that the RCEP is a significant agreement since it would link Australia more closely with the most dynamic part of the world in terms of the economy. Besides, as he mentioned in his notes, the signatory countries of RCEP form approximately a third of world population and GDP, 58 percent of Australia’s trade and 67 percent of Australia’s exports. He further stated that, “The Agreement will deliver a range of improvements over our existing FTAs with RCEP partners, especially in areas where our partners’ economies have the greatest growth potential, such as services, investment and digital trade. It will strengthen regional value chains-networks of interlinked stages of production that straddle international borders”. In his explanatory note, he emphasized his belief that RCEP will consolidate the economic integration of Australia and that it will build and strengthen strategic confidence in the region. He heralded that the agreement would send a crucial message for trade liberalization as well.

On the other hand, despite the considerable benefits to several sectors of the member countries, a suspicion is voiced that RCEP will advance South Korea, Japan and especially China more than other signatory countries. For instance, India preferred not to participate in this agreement on the grounds that Indian exports may not be able to compete with cheap Chinese exports[18]. While it cannot be denied that RCEP is a huge contribution for the global trade chains and for the Australian economy, it is possible that it would further exacerbate the already existing tensions between China and the US on global trade leadership and this could be considered as one of the negative outputs of this trade pact.

In conclusion, it can be stated that RCEP will provide several benefits for the global trade and its member countries. The main benefits of RCEP can be summarized accordingly: 1) It provides a new single set of rules and procedures for easy access to favorable tariffs among signatory countries of RCEP, 2) It provides a new approach for trade in services among the region including telecommunications and professional and financial services[19]. Besides, most significantly, it benefits members by developing improved mechanisms for dealing with non-tariff barriers in areas such as customs procedures, quarantine, and technical standards[20]. Moreover, RCEP will assist Australia by providing better investment certainty for businesses in Australia while putting rules on e-commerce to enable easiness for businesses to trade online. Finally, a common set of rules will be provided on intellectual property and rules to promote more competitiveness of Australian inputs on global production chain[21]. Whatever the political concerns may be, it is certain that RCEP will advance the economy of the region for a fast recovery in the post-pandemic world.