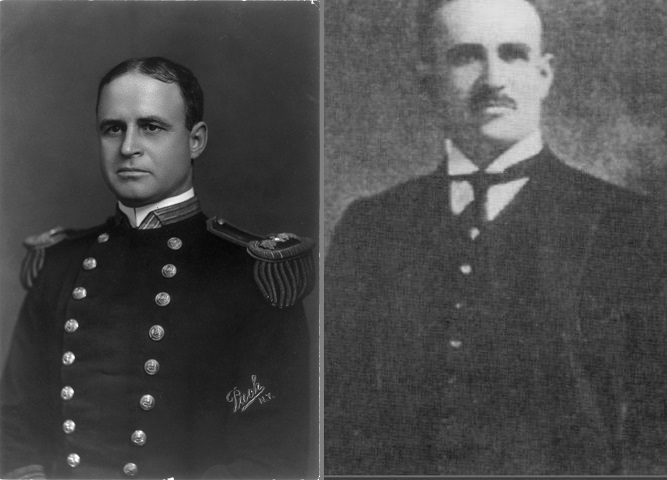 On the occasion of the 100th anniversary of the Treaty of Kars (signed in October 1921), the Armenian News Network/Groong's commentator-in-residence Eddie Arnavoudian wrote a two-part article on the fall of Kars and the Treaty of Kars that followed it. Arnavoudian characterizes the fall of Kars and the subsequent Kars Treaty as “the greatest Armenian military disaster of the 20th century”, as the treaty ratified “Armenia’s much, indeed unjustly, reduced borders with Turkey that remain in place to this day.” According to him, soon after the Turkish recapture, “savage massacres, rape, arson, and destruction ensued leaving at least 30,000 dead.”

Arnavoudian criticizes the Armenians’ “habit of blaming others for our misfortunes”, yet himself ironically displays the same attitude without any remorse when he accuses the Turks as aggressors for the fall of Kars. He also shows the typical blind self-righteousness of the Armenian nationalists when he calls the loss of Kars as a great injustice, when in reality, the Armenians constituted only a quarter of population of Kars, which previously had been under Turkish rule for nearly a thousand years. At the time of the Russian occupation of Kars in 1877, the Turks constituted nearly 67 percent of the total population of Kars. By 1915, the Muslims still constituted slightly more than 50 percent of the population, whereas the Armenians constituted only 25 percent according the Russian Yearbook of 1915. Apparently, Arnavoudian sees nothing wrong or unfair with a minority attempting to dictate its rule over a majority, but the reverse according to him is a great injustice.

Arnavoudian also blatantly ignores the fact the Armenian government had been committing horrendous cruelties upon the Muslim population in areas under its control, killing in great numbers and plundering all their properties to establish an Armenian majority via ethnic cleansing. An Armenian government report from this era clearly testifies to this. In this report of June 1920, a Dashnak official complains that the property and wealth that were left by the Turks were being plundered by the Armenian civilians. But his principal concern was not that the civilian Turkish population was being robbed of its possessions, but that the Armenian government would not have the opportunity to seize this wealth because its Armenian citizens were taking the opportunity to plunder everything:

“This country is so rich that it can pay our debts many times over. There has been an unconceivable plunder here. They have collected all the wheat, the barley, the rice, all the samovars, the carpets, all the money and gold. The Ministry of Finance could only send here yesterday, two officials, not accompanied by an organized force. A wealth of gigantic proportions is sliding away from our hands.”

The Armenian Governor of Kars also complained ironically that they could not carry out this task of theft and plunder to the maximum effect: “the region comprising Turks and Kurds is really like a treasure. But unfortunately we cannot fully control this place.”

Thus, Arnavoudian’s claims that the fall of Kars was a great injustice to the Armenians are quite absurd. When in occupation of Kars, the Armenian administration showed itself as utterly incapable of providing civilized government, especially to the non-Armenian population of Kars. It deliberately carried out policies of ethnic cleansing and dispossessing Muslims of their wealth and property.

Arnavoudian’s efforts to present the Turkish national movement as the aggressor are also misleading. Throughout this period, members of the Armenian government refused to behave like statespersons and ignored all pleas from the representatives of the Turkish Grand National Assembly for the protection of the Muslim population under its control. Moreover, they also rebuffed all attempts at negotiating and finding a diplomatic solution since they believed, rather arrogantly it turned out, that they would easily defeat the Turkish army.  Nearly a century ago, this fact was admitted rather frankly by Hovhannes Katchaznouni when he describes the start of skirmishes in Kars:

“we had not done all that was necessary for us to have done to evade war. We ought to have used peaceful language with the Turks … and we did not do it. We did not do it for the simple reason — no less culpable — that we had no information about the real strength of the Turks and relied on ours. This was the fundamental error. We were not afraid of war because we thought we would win. With the carelessness of inexperienced and ignorant men we did not know what forces Turkey had mustered on our frontiers. When the skirmishes had started the Turks proposed that we meet and confer. We did not do so and defied them.”

Katchaznouni added that “if we had agreed on a settlement with the Turks directly (in spite of the Sèvres Treaty) we might have gained a lot. But we could not see this at that point.” Thus, contrary to the Arnavoudian’s depictions, the Turkish National Movement in Ankara was not the aggressor and in fact it did try to reach a settlement with the Armenian Government without war but the Armenians refused all such attempts and as a result lost the war.

Turning next to Adnavoudian’s claims that “savage massacres, rape, arson, and destruction ensued leaving at least 30,000 dead” following the Turkish capture of Kars, historical record shows that Arnavoudian’s claims are purely the product of propaganda and poor scholarship.

There had been many foreign, chiefly American, residents in the city at the time of the Turkish entry and capture of the city. None of them reported anything similar to Arnavoudian’s claims. To the contrary, they reported that the Turkish army was quite disciplined and that there had been no massacres. For example, Edward Fox, the District Commander of the Near Eastern Relief (NER) society in Kars reported that:

“All the Americans in Kars are well, and the Turkish Army is full of concern for us and accords us all considerations.  We have been given permission to continue our activities as before.  The Turkish soldiers are well disciplined and there have been no massacres.”

G.T. White, another missionary who had been present in Kars and who was affiliated with NER, later also stated in a conversation with Admiral Mark Lambert Bristol, the American High Commissioner in Istanbul, that “he did not know of any massacres and did not believe there had been any.”

Similarly, Veronica Harris, another NER worker in Kars, also confirmed in a letter she wrote that there had been no massacres:

“They [the Turks] have arrested about sixty, all told, of our men here, which is about 1/10 of our employees. They have released some thirteen of fourteen of our most necessary employees... The Turks have apparently not flagrantly ill-treated the men they take, and so far we have not heard of any executions.”

In addition to the NER staff, American intelligence officers who visited Kars and compiled reports also noted that there had been no massacres.

As a result, in the early months of 1921, Admiral Bristol sent a letter to James Barton, the Secretary of the American Board of Commissioners for Foreign Missions, complaining about the false reports circulating in the US:

“I see that reports are being freely circulated in the United States that the Turks massacred thousands of Armenians in the Caucasus.  Such reports are repeated so many times it makes my blood boil. The Near East Relief have the reports from Yarrow and our own American people which show absolutely that such Armenian reports are absolutely false.  The circulation of such false reports in the United States, without refutation is an outrage and is certainly doing the Armenians more harm than good.  I feel that we should discourage the Armenians in this kind of work, not only because it is wrong, but because they are injuring themselves.  In addition to the reports from our own American Relief workers that were in Kars and Alexandrople, and reports from men such as Yarrow, I have reports from my own Intelligence Officer and know that the Armenian reports are not true.”

Concerning the “false reports that come through reporting massacres of the Armenians by the Turks,” James Barton replied that “there is no one who can deprecate this more than I do.” He added that the source of such fake news was an Armenian-origin person based in the US:

“There is a brilliant young Armenian, a graduate of Yale University, by the name of [Vahan] Cardashian.  He is a lawyer, with offices down in Wall Street... He is constantly reporting atrocities which never occurred and giving endless misinformation with regard to the situation in Armenia and in Turkey.”

In other words, Arnavoudian’s claims that “savage massacres, rape, arson, and destruction ensued leaving at least 30,000 dead” are unfounded and contradicted by American Missionaries resident in Kars. Furthermore, the source of such claims was a propagandist man denounced as fraud even by the missionaries sympathetic to the Armenians.

In conclusion, Arnavoudian’s contentions concerning the fall of Kars and the subsequent Kars Treaty of 1921 are merely a misrepresentation of history. Kars had a clear Muslim majority and the Armenians constituted only about 25 percent of the population. No settlement could place the Muslim majority under Armenian rule and claim to be fair, especially after the horrendous manner in which the Armenian administration had treated the Muslim population under its control. Before the Turkish capture of Kars, the Armenian side had their chance to show civilized government and behave as statespersons, yet their actions proved just the opposite, and for this, all Arnavoudian does is to blame Turks, a habit shared by most Armenian nationalists.