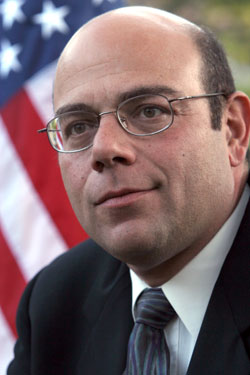 Recently on 21 December 2018, another article filled with open hostility against Turkey and Turkish people entitled “U.S. Screwing Kurds Again” by columnist Garen Yegparian was published in Asbarez newspaper which is an Armenian-American bilingual daily newspaper published in Armenian and English.[1]

It will be recalled that, in one of the previous AVİM commentaries entitled “European Cure=Armenian Affliction: Pronouncing Hate Speech under the Guise of Nationalism”, information was provided on the said newspaper, which is published in Los Angeles (California) by the Western USA Central Committee of the Armenian Revolutionary Federation (also known as Dashnaktsutyun or shortly as the Dashnaks).[2]

Garen Yegparian, in his recent article, refers to President Donald Trump’s order to withdraw the U.S. troops from Syria and criticizes in a rather colloquial manner the decision of the US President. He characterizes the result of this decision with the slangy sentence of “The Kurds are now royally screwed.”

In analyzing the current developments in Syria, he proposes certain action for Armenians as quoted here below:

“So what should Armenians do in this mess? Some of our compatriots will be directly affected since they live in the Kurdish controlled zones of Syria. Otherwise, short of a few volunteers going to help fight Turkey, there’s not much we can do except to keep developing and expanding our relationships with our closest, and potentially friendliest neighbors, the Kurds.”

Garen Yegparian bluntly proposes for the Armenian “volunteers” to fight against Turkey. He also advocates expanding the relations with the “closest, and potentially friendliest neighbors”, so-called the Kurdish People’s Protection Units (YPG) based in northern Syria.

Turkey has been unrelentingly stating for years that PYD/YPG is the Syrian terrorist branch of PKK terror group. Garen Yegparian in his article encourages the Armenian “volunteers” to fight against Turkey along with the Syrian branch of PKK. Although this is nothing new, now it is overt rather then covert.

AVİM is long on record stating that “We should combat against hate speech and hatred-based intolerance in unison, and caution each other in this respect. We should not forget that early warning precludes the further misunderstandings and misconceptions.” It is quiet unfortunate that Garen Yegparian in his last article too advocates hatred against Turkey and the Turkish people.

The hatred especially rooted in certain groups of the Armenian diaspora does not bring anything but continues to sow seeds of grief and pain among peoples in our times. In the chaotic days of the first quarter of the 21st century, everybody should diligently refrain from provocations that intend to bring the tragedies of the past to the present.