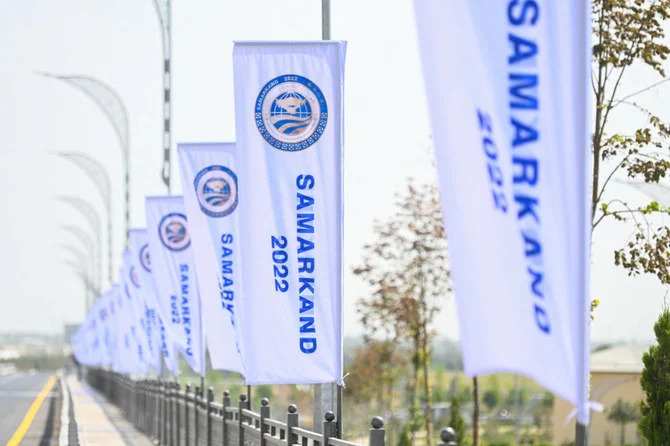 This is the English translation of a Turkish-language article that was originally published by AVİM on 15 September 2022.

Founded in 1996 by China, Russia, Kazakhstan, Kyrgyzstan, and Tajikistan as the "Shanghai Five" to disarm the border regions and promote regional cooperation, the formation was later institutionalized in 2001 as an international organization under the name of Shanghai Cooperation Organization (SCO). With the participation of Uzbekistan in 2001 and India and Pakistan in 2017, the membership of the organization now stands at eight. Currently, countries can participate in the organization in three statuses; member, observer, or dialogue partner. Belarus, Iran, and Mongolia are the observer members, whereas Azerbaijan, Armenia, Cambodia, Nepal, Sri Lanka, and Türkiye join the meetings as dialogue partners.

According to the founding charter (2002) of the SCO, the goals and tasks of the organization are as follows:

“development of multifaceted cooperation in the maintenance and strengthening of peace, security and stability in the region and promotion of a new democratic, fair and rational political and economic international order; joint combating of terrorism, separatism and extremism in all their manifestations, fighting against illicit narcotics and arms trafficking and other types of transnational criminal activity, and also illegal migration; encouraging efficient regional cooperation in such areas as politics, trade and economy, defense, law enforcement, environment protection, culture, science and technology, education, energy, transport, credit and finance, and also other areas of common interest; facilitating comprehensive and balanced economic growth, social and cultural development in the region through joint actions on the basis of equal partnership aimed at steady increase of living standards and improvement of living conditions of the peoples of the member States; coordinating approaches to integration into the global economy; promoting enjoyment of human rights and fundamental freedoms in accordance with the international obligations of the member States and their national legislation; maintaining and developing relations with other States and international organizations; cooperating in the prevention of international conflicts and their peaceful settlement; jointly searching for solutions to the problems that would arise in the 21st century.”[1]

This year's Heads of State Council Summit will take place in Samarkand, Uzbekistan, on 15-16 September. This will be the first in-person meeting of the SCO leaders since 2019. It was announced that Russian President Vladimir Putin and Chinese President Xi Jinping are to hold a one-on-one meeting on the sidelines of the summit, and that Xi Jinping is to pay a visit to Kazakhstan on September 14, the day before the summit.

This year's Heads of State Summit is quite remarkable in terms of various issues. The first of these is related to the expansion process of the organization. As it is known, at the Dushanbe Summit last year, Iran's membership to the SCO was accepted and the procedures on Iran's obligations were launched.[3]  At this year's summit, it is expected that a memorandum of understanding will be signed concerning Iran’s membership and that its SCO accession procedures will be concluded by 2023. It was announced that Belarus, another observer state, has applied for full SCO membership and that its admission process could be initiated at this year’s summit. It has also been reported that Saudi Arabia, Qatar, and Egypt, to whom Dialogue Partnership Status has been granted, are scheduled to formally become SCO dialogue partners during the summit.

The leaders of Azerbaijan and Armenia were also listed to partake in the summit. However, following the recent conflicts between Azerbaijan and Armenia, Prime Minister of Armenia Nikol Pashinyan's last minute cancellation of his participation erased all hope of resolving the disputes through dialogue here.

Being a dialogue partner, Türkiye will partake in the summit for the first time at the presidential level. Türkiye's SCO dialogue partner status was approved during the 2012 Beijing Summit, followed by a memorandum of understanding signed in 2013 regarding the cooperation between the SCO and Türkiye as its dialogue partner. Following the tensions with the European Union, Turkish President Recep Tayyip Erdogan's "We shall apply to the Shanghai Cooperation Organization" remark led several authors to perceive the SCO as an alternative to the EU. AVİM's approach on this issue is well known. It would benefit Türkiye to act as a nexus cooperating with both Europe and Asia standing against the Eurocentric supremacist position, for it would enable her to improve her relations with different countries and organizations in line with her objective interests. Considering that developments in Türkiye's relations with Central Asian states have gained momentum in recent years, the SCO provides another platform for Türkiye to develop cooperation with these countries. Additionally, the SCO should not be considered as an alternative to the organizations to which Türkiye is a party since the SCO is not an alliance. There is no binding military agreement between the member states within the framework of the SCO.