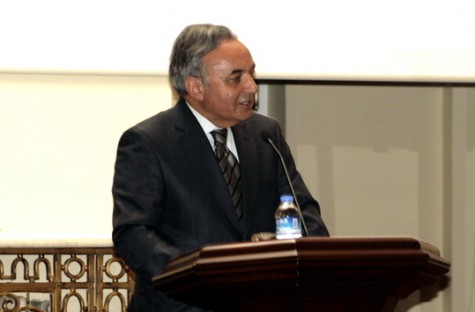 On December 17, 2013, the European Court of Human Rights (ECHR) passed a judgment that Dr. Perinçek’s statements, made in public in Switzerland, challenging and refuting Armenian claims were within the bounds of freedom of expression.

For the ECHR, this ruling was ordinary in its character, since it once again affirmed that freedom of thought and expression, which are the basic principles of the Council of Europe, cannot be restricted by certain claims and assumptions.

As a matter of fact, the Swiss judge who happened to be one of the seven members of court panel, acting in an independent and neutral manner, thus saw no harm in affirming the error of the court judgment of her own country. The radical elements of the Armenian diaspora, however, approached the ruling from the narrow perspective of their own allegations. As can be seen in the Armenian press, through the narration of a flag-bearing diaspora representative and columnist, the radical elements of the diaspora evaluated the court ruling in the following manner:

“If left unchallenged, ECHR’s ruling would have been a major setback for recognition of the Armenian genocide, particularly before the worldwide commemoration of the centennial of the genocide to be held on April 24, 2015. Even more importantly, by exceeding their mandate on the alleged infringements of Perincek’s rights, the majority of the EHCR judges raised questions about the validity of the Armenian genocide. They also drew unwarranted and superfluous distinctions between the Armenian genocide and the jewish holocaust, ruling that punishing the deniers of the former is illegal, while convicting those denying the latter is proper.”

“Given the detrimental consequences of this unjustified ruling on the armenian cause, the government of Armenia, Armenian communities worldwide and swiss-armenians in particular lobbied Switzerland to make sure that it appeals ECHR’s decision in the Perincek case.”

With this understanding, the radical Armenian elements began an intense ethnic, political, and religious campaign and international lobbying in order to have this court ruling reviewed through the initiative of the Swiss government. Even the World Council of Churches took part in this campaign. In the end, the Swiss government could no longer withstand the pressure and used its legal right to appeal for a review of the ruling shortly before the termination of the three month appeal period.

According to the procedures of the ECHR, an appeal for review of the judgment of the ECHR  made by the concerned state is reviewed by a panel of five judges. This panel is not obligated to explain the reasoning of its ruling. Likewise, the petition of appeal is addressed directly to the panel and does not need to be published. The panel either accepts or rejects the appeal. If the panel accepts the appeal, the case is reviewed by a grand panel of twelve judges.

A couple of days ago it was announced that the petition of appeal of the Swiss government had been obtained by the aforementioned radical Armenian elements, and the contents of it were disclosed. It would be pointless and wrong at this point in time to make comments on this appeal on the basis of Armenian revelations, since it is supposed to be confidential.

On the other hand, what needs to be addressed is why such a disclosure was felt to be necessary. The first thing that comes to mind is an attempt to raise doubt about the ECHR – the neutrality and respectability of which we have never doubted and which should not be doubted – and to put pressure firstly on the panel of five judges and generally on the ECHR.

What needs to be underlined is that the disclosed petition of appeal has two ends; one of which is the ECHR, while the other is the Swiss Federal Office of Justice that made the appeal. It is possible to implicate the ECHR in the leaking and the disclosure of the petition, but this nevertheless lacks credibility. Whatever ploys and methods of putting pressure on the ECHR the radical Armenian elements choose to employ, ECHR’s November 17, 2013 ruling marks the year that Armenian allegations and hate-mongering against turks  have hit a legal wall of international respectability.