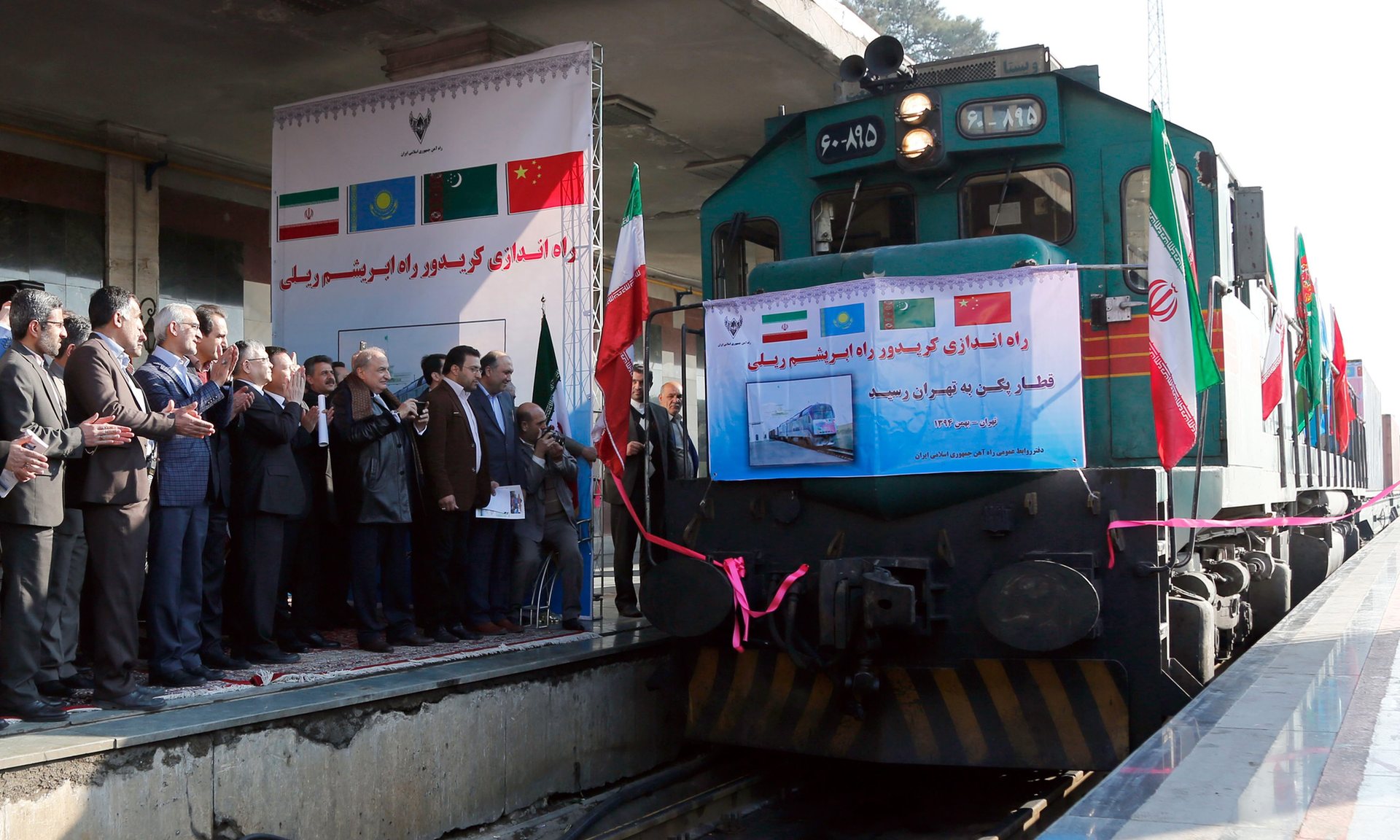 Central Asia has always been under the scope of Iran. Many projects that Iran foresees to implement cover Central Asia as a corridor and Iran plans to cooperate with Central Asian countries. Iran’s motivations behind its Application for membership to the Shangai Cooperation Organization (SCO) clearly show its intention to further engage with the regional actors. Also current high-level talks between Iran and Kazakhstan focus on the potential of the region and the cooperation between Central Asian countries and Iran. The historical Silk Road – One Belt One Road project re-initiated by China once again underlined the importance of the roles of both South Caucasus and Central Asia. Iran and China, which are trying to establish good ties in the need of connectors and markets for further cooperation, are highly interested in Central Asia; China plans to build new rail links to connect Iranian and Chinese markets as well as Chinese and European markets via Iran[1]. Hence, the suggested new high-speed rail links will strengthen economic relations both on regional and bilateral levels. Foreign Minister of Iran Mohammad Javad Zarif stated that “We (Iran) consider no ceiling for the expansion of relations with regional countries whether in the Caucasus or in Central Asia,” in a joint press conference with his Kazakh counterpart Foreign Minister Yerlan Idrisov on 11th of April[2] underscoring Iran’s high level of interest in the Central Asia and Caucasus in terms of boosting cooperation.

On the 10th of April, Kazakhstan-Iran Business Council took place in Tehran. Kazakh and Iranian officials signed nine Memorandums of Understanding covering areas such as extradition, plant quarantine and protection, technological cooperation, transportation and transit in the Silk Road, investments and so on.[3] The Investment Fund of Kazakhstan and Iran's Kaveh Glass Industry Group also signed an agreement for a $200 million-project concerning a sodium carbonate production plant in Kyzylorda.[4] Additionally Iranian and Kazakh companies agreed to cooperate in various sectors such as hydrocarbons and electricity. The total volume of the agreements is expected to reach 1 Billion US Dollars.

One of the important agenda items during the talks was the cooperation among the Caspian Sea littoral countries and the legal status of the sea, which has been shelved as an unsolved issue after the efforts made in the 1990s and early 2000s.[5] Since the dissolution of the Soviet Union, five countries were not able to reach to an agreement on the legal status of the Caspian Sea. Emergence of the new littoral states in 1991 such as Kazakhstan, Azerbaijan and Turkmenistan challenged the existing agreements on the Caspian Sea between Iran and Russia. In the last three decades, there has been a little progress on the usage of the resources in the Caspian Sea basin. Iranian Foreign Minister Mohammad Javad Zarif further stated that Iran pursues negotiations to determine the legal regime of the Caspian Sea with seriousness and strong interest. FM Zarif added that the “The Caspian Sea is the sea of peace and friendship among littoral countries and should prepare grounds for trade and economic cooperation among them,”[6] in order to underline the issue and Iran’s vision on the future of the basin. Likewise, Foreign Minister of Kazakhstan said “the Caspian Sea can prepare the ground for the expansion of trade and economic ties among its littoral states” supporting FM Zarif’s point. Unconventional threats, such as contamination of the Caspian Sea and militarization in the region, deriving from security dilemmas amongst littoral states are among the main threats which need upmost attention.[7] Therefore cooperation among the littoral countries is essential for the sake of regional stability.

Kazakhstan and Iran are focusing on the regional transportation corridor projects as well, together with the other partner countries. The International North–South Transport Corridor and Iran-Turkmenistan-Kazakhstan railway, which is already operational, aim to connect Asia, Persian Gulf and Europe via Central Asia and Iran.  In February 2016, the first cargo train became operational carrying Cargo from China to Iran and completed its 6,462 -mile journey approximately in 14 days.[8] This route used to take up to 45 days before the new rail road.

Within this context, at Kazinform, which was held on April 25th at Beijing, China-Kazakhstan-Turkmenistan-Iran railroad was presented in order to underline the importance of the successful project not only for the region, but also for Europe. The event was organized by the Embassies of Kazakhstan and Turkmenistan to China and representatives of Kazakhstan Temir Zholy Company.[9] Vice President of Chinese Railway Huang Min stated that “This is the first international freight train sent to the Middle East for the purpose of expanding south vector of China-Europe container train,”[10] drawing attention on the new project. At the meeting, Ambassador of Turkmenistan said “In future, we plan to hold similar meetings in other cities of China, namely in Yiwu, Xi’an, Shanghai, Urumqi, to adjust our interests in this issue. In two days, Lianyungang city will host a Turkmen-Chinese dialogue, during which our delegation will continue presenting its transit and transport potential,” declaring the regional willingness to continue building on such projects. According to Ambassador of Kazakhstan to China Shakhrat Nuryshev, “removal of sanctions from Iran opens new prospects for the development of railroad transportations to Iran and back.”[11] The connection made it possible to further develop the corridor.

Both Kazakhstan and Iran are aware of the positive outcomes and the potential of the regional integration projects. President of Kazakhstan, Nursultan Nazarbayev stated many times that Kazakhstan supports the idea of a “nuclear weapons free world”.[12] Therefore, post-nuclear deal gave a great chance to Iran and Kazakhstan to catch a momentum on the relations. Kazakhstan land-locked between China and Russia, Iran a country that lived under the sanctions for many years will benefit from cooperation; it is a win-win situation for the regional actors. Turkey also can contribute in the projects with its important geo-political situation as being the hub between East and the West but also as a country integrated with the West and maintaining historical, traditional, social ties with Central Asia.