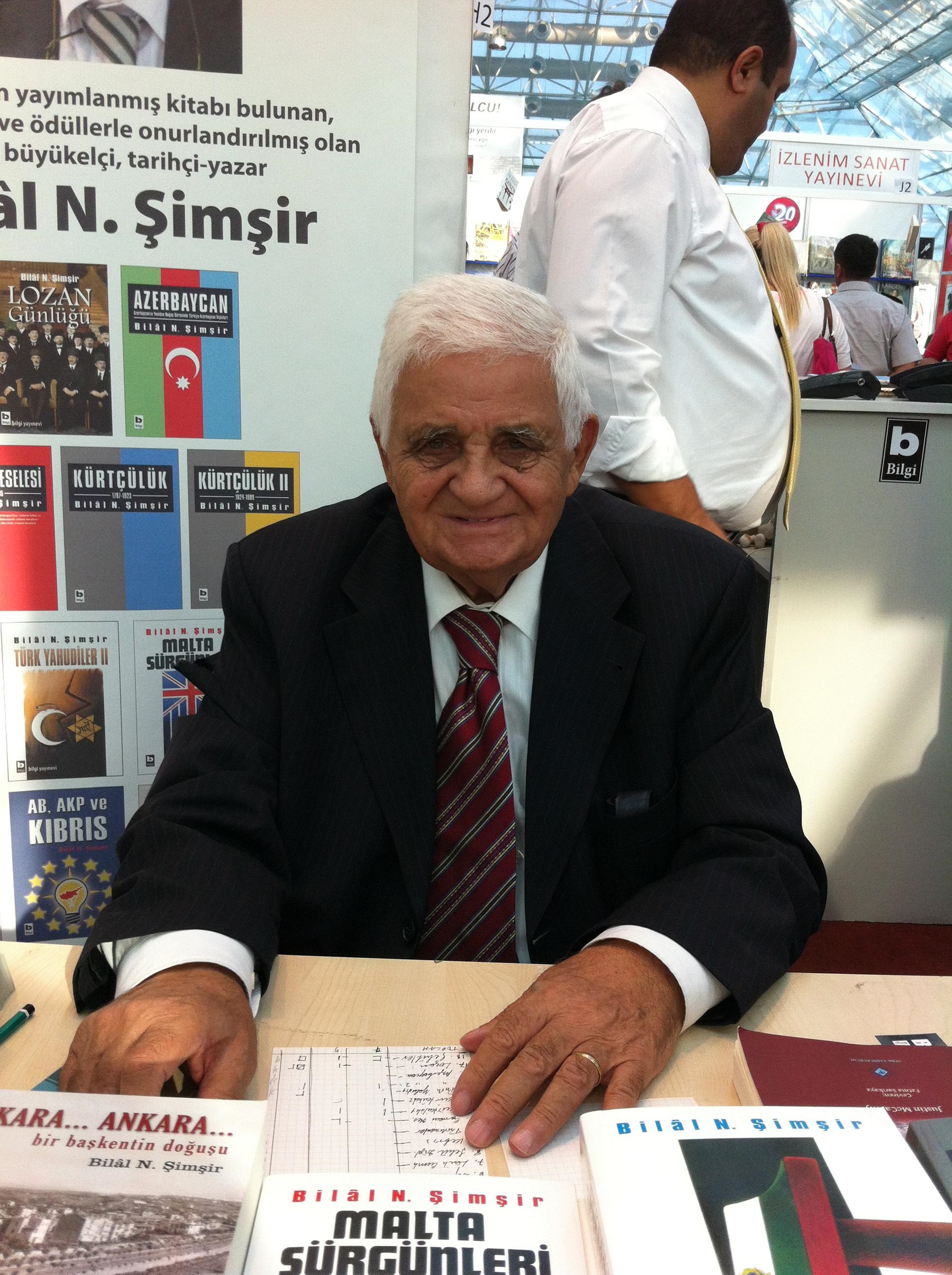 Recently, the Turkish Historical Society released a video interview with the historian and diplomat Ambassador Bilal N. Şimşir as part of a series of interviews conducted with knowledgeable, high-ranking people who could shed light on recent Turkish history by sharing their personal memories and experiences.

Born in Osmanpazarı, Bulgaria to a Turkish family in 1933, Şimşir and his family immigrated to Gelibolu, Turkey because of the pressure and repression applied to the Turkish community in Bulgaria after the Second World War. As a result, Şimşir completed his high school education in Çanakkale before moving to Ankara to study at the Ankara University’s prestigious Faculty of the Political Sciences, which he finished in 1957, and started working as an assistant at the same faculty’s diplomatic history chair. In 1960, he joined the Turkish Ministry of Foreign Affairs and represented his country as a diplomat for the next 38 years, serving as Turkish ambassador in important such as Tirana, Beijing, and Canberra.

During his time as a diplomat his contributions were also numerous, including his efforts to have the Turkish embassies and consulates acquire premises rather than stay on rent. In addition, he also made efforts to reduce the embassies’ and consulates’ reliance and dependency on foreign personnel and train staff from Turkey despite the limited personnel cadre available to the Turkish Ministry of Foreign Affairs back in the 1960s and ‘70s.

Şimşir’s work and success were not without difficulties. During his active service especially from the 1960s to ‘80s, the Turkish diplomats were the target of a heinous terrorist campaign launched by Armenian extremists, principally the Dashnaktsutyun and ASALA. Şimşir, in his double capacity as a Turkish diplomat and a historian, was a prime target for the Armenian terrorists. Fortunately for Turkey, Şimşir survived those troubled times and managed to continue serving his country both as a diplomat and a historian with distinction.

The video-interview published by the Turkish Historical Society has also included one great news for the Turkish historians, namely that Şimşir has written his memoirs as a diplomat and they may one day be published. Knowing as much as we do about Şimşir’s life, there can ne doubt that the memoirs he has written will be of great value to historians and international relations pundits.

In addition to his distinguished career as a diplomat, Şimşir would certainly count among the doyens of Turkish historians and certainly one of the most prolific ones. To date, he has written and edited more than 90 books covering a wide variety of subjects related to the Ottoman Empire and modern Turkey, and the Turkish minorities in the Balkans. The number of scholarly articles he has authored reaches up to 250.

In fact, Şimşir introduced the publication of document collections to the Turkish historical tradition. While there may have been rare cases of publication of documents, none had been as extensive, thorough, and systematic as those published by Şimşir. As a diplomat serving abroad and historian at heart, Şimşir never failed to collect documents and material that he could gather in the countries he visited and lived. In practice, he lived a life with two professions without ever neglecting either one. He was a diplomat serving and representing his country by the day; a historian tirelessly writing, editing books and articles by the night. His ability to speak and read half a dozen languages also served him well since it was and is a rare gift among historians.

The result of his work as a historian has an invaluable and unparalleled amount of foreign archival materials published and presented for the use of the Turkish historians and public. To the date, hundreds of historians and other scholars and thousands of books and articles have used his books and articles as points of reference, which attest to the unique value of Şimşir’s works. His works cover a broad range of topics such as the Turkish emigrations from the Balkans, the Aegean Question, the Kurdish Question, the Armenian Question, and the Treaty of Lausanne. In addition to foreign archival materials, Şimşir had also collected and published a very significant number of Ottoman and republican-era Turkish documents on a wide range of topics, once again doing an invaluable service to the Turkish academia and public.

On the occasion of the publication of a video interview with Bilal N. Şimşir by the Turkish Historical Society, the Turkish academia and public once again remember the great debt of gratitude they owe to him for the invaluable services he has rendered and invaluable works he has produced for his country.