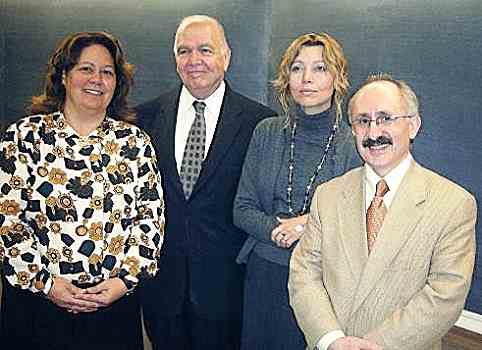 AVİM published several commentaries on WATS, as well, to highlight some points of contention that were felt needed to be highlighted. Those commentaries underlined the fruitless approach of WATS organizers that seek to ostracize scholars who approach 1915 events from within frameworks different than that of genocide. AVİM sustained our long held approach that the 1915 events should, indeed, be subject to scholarly research, and communication channels should be formed among those adopt diverse views to facilitate better grasp of those events, free of political and other distractions. AVİM, also underscored with regret the fact that WATS organizers possess a mindset and goals different from our own, and they carry the responsibility for politicizing the scholarship on 1915 events, notwithstanding their protests against “ultra-nationalists in Turkey” and the Turkish state. As to that, AVİM advocated and still advocates that any kind of pressure, be it “official” or “unofficial,” on the scholarship on 1915 events should be lifted.

On September 21st, a brief report that contains short comments/interviews with one organizer, namely Fatma Müge Göçek, and three participants of the recent WATS meeting, namely Ohannes Kılıçdağı, Yektan Türkyılmaz and Zeynep Türkyılmaz was published in the AGOS Weekly. The statements of Fatma Müge Göçek and Zeynep Türkyılmaz, however, once again raised questions about the intended of WATS meetings and the (dis)information circulated by WATS organizers and MESA of North America.

Who are the organizers of the 10th WATS Meeting?

As AVIM commentaries mentioned, one of controversies regarding the recent WATS was regarding the organizing institutions. Although, in the first program of the workshop Sabancı University was among the organizers, after protests, Sabancı University denied that it was one of the organizers and then its name and logo was removed from the program.   Fatma Müge Göçek, in the report in AGOS stated, once again that 10th meeting of Wats was organized by University of Michigan, University of Southern California and Lepsiushaus Potsdam. Yet, few lines later, she said “It took time for the Workshop to develop its strategy because its organizer were in America, Europe and Turkey” (“Çalıştayın strateji geliştirmesi zaman aldı zira organizatörler Amerika, Avrupa ve Türkiye'de bulunuyorlardı”). The contradiction here is just obvious. In fact, this is a confession of a disinformation about the organizers of the workshop. Obviously, any concerned person has the right to question why Sabancı University and other WATS organizers withhold clear information about the organizers of WATS. A convincing answer to this question should be provided by WATS organizers.

WATS to better understand the 1915 Events?

Zeynep Türkyılmaz in this report was quoted saying that “I don’t study the Armenian issue. My fields of interest are different. I attend [to the workshop] only as moderator” (“Ben Ermeni meselesini çalışmıyorum, ilgi ve çalışma alanlarım farklı, sadece moderatör olarak katılıyordum”). In fact, this is a quite interesting confession as regards to the alleged goals of the workshop. WATS organizers claim that their objective is to contribute to the scholarship on 1915 events. Yet, people who are not working on 1915 events could make presentations in WATS meetings, and even become panel moderators, whereas, scholars who specialize on this historical episode are denied access even as participants in the audience. This naturally raises questions as to the disparity between the rhetoric and the reality or the propagandist discourse of WATs and the real intention of WATS meetings.

As part of his broader campaign against the conference, Perinçek brought the topic and list of participants to the attention of YOK, which subsequently rescinded permission for Turkey-based academics to travel to the conference. In line with this policy, Dr. Murat Cankara, who is on the faculty at the Ankara Social Sciences University, was subjected to a travel ban preventing him from participating in the conference… We strongly condemn the private and public harassment of academics for their planned participation in this conference and call on YÖK to immediately reverse its policy of preventing academics from traveling from Turkey to attend the conference.

We sustain that any kind of pressure on scholarship is wrong. In order to confirm MESA of North America’s allegation with respect to YÖK, we tried to reach out Murat Cankara to learn whether such a thing really happened. Although we called Dr. Cankara several times, we could not reach him, so do not have any confirmation on this point.

Yet, what Fatma Müge Göçek says in the report reveals that this allegation is not true. The relevant part in the report is as follows:

Göçek not only confesses that there was no official intervention of YÖK, but also YÖK’s intervention is not a confirmed fact, but a rumor. Obviously, if YÖK had really “rescinded permission for Turkey-based academics to travel to the conference,” Göçek, as one of the organizers of the workshop would have known it. Anyhow, what is obvious here is either the exaggeration of some facts or deliberate misinformation.

“Under the auspices of Dr. Martina Münch, Minister for Science, Research and Culture of the State of Brandenburg”

Another striking point that was already known, but hardly mentioned is that 10th WATS meeting was organized under the auspices of Dr. Martina Münch, Minister for Science, Research and Culture of the State of Brandenburg. The question is why WATS organizers seek the patronage of a German politician. This question becomes more pertnent given the fact WATS organizers continuously underscore Turkish state’s interventions on the scholarhip on 1915 events and rightly argue that scholarship should be free from political intervention. The patronage of Martina Münch is another example of the gap between what the WATS organizers purport to represent and the strategy they pursue in reality. .

Once again we would like to highlight that, AVIM is against any kind of interference on the scholarship on 1915 events and advocates free and academic debate on this issue. Unfortunately, WATS has proved that it is not a platform that can contribute to this end.