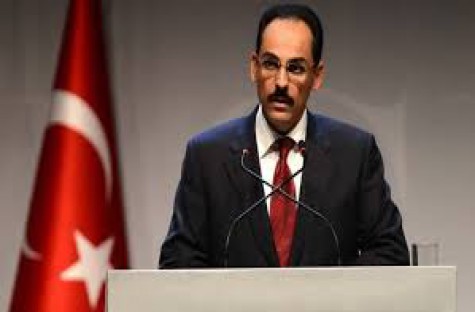 Honoring the memory of ancestors is a noble yet often difficult enterprise. It usually involves blaming someone. Having lived together for centuries, Turks and Armenians have different memories of the great losses of World War I. Since 1965, the genocide narrative created deep divisions between them.


People like William Gladstone, British Prime Minister James Bryce and American Ambassador to the Ottoman Empire Henry Morgenthau provided the alleged grounds for the genocide narrative, but their racist attitudes toward the "terrible Turk" are hardly acknowledged.

Morgenthau's distaste for the "inarticulate, ignorant…barbarous… brutal…" Turk is well known from his diaries. But he has been hailed as an impartial observer of the events that led up to the 1915 decision to relocate some Armenian citizens of the Ottoman Empire in the middle of the Great War. The voice of people like Lew Wallace, the American ambassador to the Ottoman Empire from 1881-1885 and the author of the famous "Ben Hur," has been suppressed. In his newly released book "Ottomans and Armenians: A Study in Counterinsurgency," American military historian Edward Erickson rejects claims of genocide and sees the Ottoman measures in terms of counterinsurgency when the Ottoman Empire was fighting on several fronts including Gallipoli where it lost 250,000 people against Western powers.

Prominent Western historians such as Stanford Shaw, Guenter Lewy, Justin Mc-Carthy, Michael Gunter, Norman Stone and Jeremy Salt, as well as numerous Turkish historians, refute the genocide thesis and state that the Ottomans did not carry out a systematic massacre against any groups, including Armenians. Turkish, Russian, British, French and German archives provide compelling evidence for the machinations of warring states to incite Armenians against the Ottoman state and local populations.

A balanced view of history requires a full treatment of this evidence.

As far as the historical truth is concerned, serious historians have already spoken.

But there is more work to do. That is why Turkey called for a joint, international historical commission in 2005 to investigate the events that led up to the decision to relocate Armenians on April 24, 1915. This call, which is still out there, has not been answered by Armenia.

As in all important issues, however, politics gets in the way. The genocide industry became a convenient tool to score points in local politics and to pressure Turkey. History is politicized to the point of becoming an ideological tool. The speaker of the U.S.

House of Representatives, John Boehner, takes the most responsible position when he says that it is best to leave this issue to historians.

The politics of identity only distorts historical facts and leads to deeper animosities. This does not mean that we should turn a blind eye to the great losses and suffering of Ottoman Armenians in the early years of the 20th century. Turk, Armenian, Kurd, Arab, Muslim, Christian - millions died and millions were injured, forced to migrate, lost their homes and had their lives destroyed. We all need to mourn this terrible loss. It is our shared pain. Instead of putting our pain and agonies to a meaningless contest, we, Turks, Kurds, Armenians and others, should acknowledge this painful history and approach it from a just and balanced standpoint.

This is admittedly a difficult task. And the problem lies not so much in historical facts, though they are extremely important, but in perceptions of the future. Our versions of history underwent a drastic change the day Turks and Armenians were made to feel they were at the end of a long history of cohabitation and needed to chart a new course for themselves as separate and independent nations. It is not so much what happened in the early 20th century between Turks, Kurds and Armenians, but how we look at the present and the future that creates the deep divide between Turks and Armenians today. It is not our history, but our future vision that is dividing us. Pitting Turks against Armenians and vice versa is not the best way to deal with a checkered history. It is this binary opposition that must be overcome.

Turkey acknowledges the suffering of Ottoman Armenians and shares the pain of their descendants. Armenians in Turkey and around the world have every right to mourn this loss. This is only to be respected.

Millions of Ottoman Muslims from Bosnia and Greece to Iraq and Syria also lost their lives and deserve the same sympathy. Their memories should be cherished to nurture understanding and respect, not hostility.

While mourning their losses, Turks and Armenians can work toward a historic reconciliation based on mutual respect and shared interest.