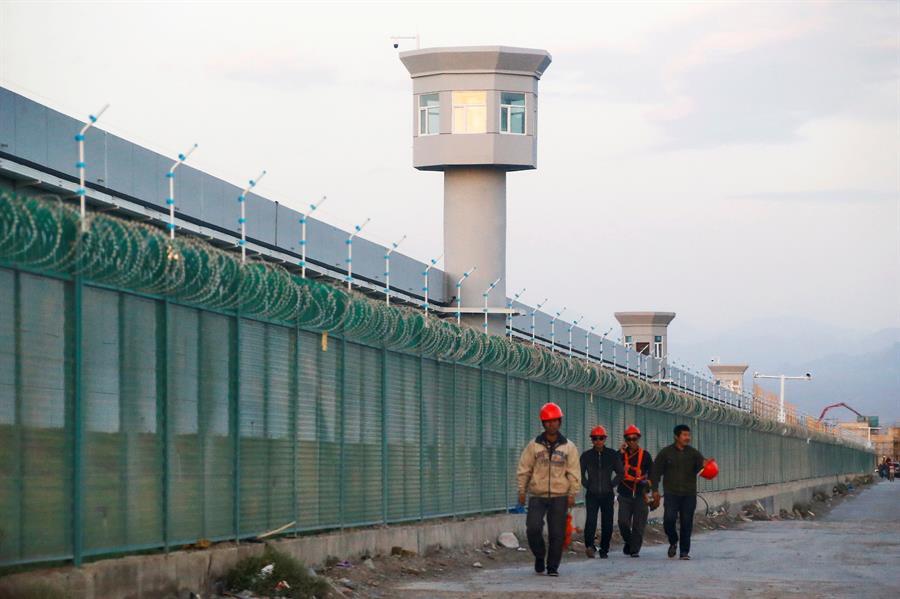 In a previous article, we had discussed the process regarding the "Uyghur Human Rights Policy Act 2020"[1], which entered into force with the signature of the former United States President Donald Trump on June 17, 2020[2]. The Act indicated the sanctions to be imposed on Chinese public or private entities and enterprises responsible for human rights violations against Uyghur Turks, Kazakhs, Kyrgyz, and other Muslim communities. Within this process, the said financial sanctions by the US were also decided to be implemented by Canada, the European Union, and the United Kingdom. Australia and New Zealand, on the other hand, agreed with a joint statement, but have not yet implemented the sanctions[3]. The financial sanctions, supported by the Trump administration due to the importance they attached to the protection of freedom of belief, have been continued with the statement of the current US administration under President Joe Biden attaching importance to all fundamental rights and freedoms. Thus, this common position towards financial sanctions did not change after the US presidential elections of November 2020, and China's economic policies received a significant negative impact for the first time in the face of the common stance of the participants. In the coming days**, China is expected to respond to these sanctions by introducing new practices for banks.

Consecutive to the financial sanctions by the US, it is expected that Western universities, institutions, organisations, and companies in the international arena will take action against China’s policies towards the Uyghur Turks. In this context, while addressing the human rights violations taking place in the Xinjiang Uyghur Autonomous Region of China, the US administration has been characterizing the said violations as “genocide” in their official declarations since the beginning of 2021. The term “genocide” that was expressed by the US Secretary of State in January 2021, was particularly emphasized within the context of the US  2020 Human Rights Report[4]. The Report, providing extensive coverage of human rights violations in Russia and China, includes the expression of genocide as follows:

“Genocide and crimes against humanity occurred during the year against the predominantly Muslim Uyghurs and other ethnic and religious minority groups in Xinjiang. These crimes were continuing and include: the arbitrary imprisonment or other severe deprivation of physical liberty of more than one million civilians; forced sterilization, coerced abortions, and more restrictive application of China’s birth control policies; rape; torture of a large number of those arbitrarily detained; forced labor; and the imposition of draconian restrictions on freedom of religion or belief, freedom of expression, and freedom of movement.”

The crime of genocide, which is a term that has been used since the Second World War and having its scope determined by the United Nations Genocide Convention that entered into force in 1951, is described as one of the most serious crimes against humanity. In this study, the usage of the term genocide in the US Human Rights Report will be evaluated within the framework of the said report’s political economy nature, the UN system, and its effects on West-China relations.

The US Human Rights Report, which has been published for the 45th time this year, is prepared in accordance with the Foreign Assistance Act of 1961 and the Trade Act of 1974. With the amendment of the Foreign Assistance Act dated 1974[5], it was foreseen that the countries that were brought to the agenda with the pattern of fundamental human rights violations should not be provided any foreign assistance or should be provided in a limited manner considering the masses whose rights are being violated. The biggest factor that brought the 1974 amendment to the agenda was the Soviet Union’s taxation policy regarding the freedom of immigration that had been granted especially to its Jewish citizens. Besides this, with this amendment, the military and humanitarian aid provided to Vietnam in the last years of the Vietnam War and the military aid provided to Turkey on account of the Cyprus Peace Operation were suspended. With the 1974 Jason-Vanik amendment to the Trade Act, the regulation of commercial relations with non-market economy countries, which enforced restrictive actions on immigration and human rights issues, was brought to the agenda. The main innovation brought by this amendment was the status of “Most Favoured Nation” not being provided to those countries that drew attention due to human rights violations. In this direction, Human Rights Reports began to published since 1976 to guide the US with the regulation of economic policies and to increase the respect for human rights in all countries where the US is recommended to provide assistance. Today, the Human Rights Reports, which still influence the economic cooperation carried out by the US, are prepared with the human rights data compiled from the countries where the US embassies are located. The political economy nature of the Human Rights Reports can be clearly observed in the foreign aid cost tables attached to the said reports.

The United Nations, being founded on the basis of security and human rights, was mostly established with the contributions of the US during both the organisation phase and the preparation of its texts. The act of genocide was officialised in the international legal literature with the UN Genocide Convention[6] enacted in 1948 and entered into force in 1951. The Convention defined and brought the concept before the International Criminal Court (ICC) as a subject matter[7]. According to Article 2 of the Convention, the crime of genocide is comprised of the acts of killing members of a group, causing serious bodily or mental harm to  members of a group, deliberately inflicting on the group conditions of life calculated to bring about its physical destruction in whole or in part, imposing measures intended to prevent births within the group or forcibly transferring children of the group to another group “with intent to destroy, in whole or in part, a national, ethnical, racial or religious group, as such”.

For the crime of genocide to be brought to the agenda in terms of international law, it cannot be through political use of the genocide term as is the case in the 2020 Human Rights Report of the US. Rather, it must be brought before the ICC and legal sanctions must be imposed as a result of the trial. In the occurrence of the crime of genocide, this situation also encourages the issue to be brought before the ICC by a state party to the Rome Statute or by the UN Security Council. As a matter of fact, the prohibition of genocide has a binding effect, and all states can derive legal benefits from the prevention of genocide. The political use of the term genocide has a political meaning, and its sole relevance lies in justifying the foreign policies of the states that use this term.

When evaluated within the scope of the cases brought before the ICC, for the crime of genocide to have occurred, the actions listed in the Genocide Convention should be intentional, they should be committed continuously and systematically against the same group, and they should be committed on a mass scale[8]. In the light of the information contained in the document published on The New York Times on November 16, 2019[9], it will be possible to mention the existence of the crime of genocide legally due to the inflicting of serious harm to members of a group known with their Muslim and Turkish identity in the Xinjiang Uyghur Autonomous Region and the changing of their living conditions in a way that eliminates their physical existence. In addition to financial sanctions, it can be possible to bring legal sanctions to the agenda. At this point, the UN’s approach to the security and human rights dimensions of the situation will help in the understanding of the political economic relations.

In July 2019, the UN Human Rights Council member states called for the cessation of China's practices in the Xinjiang Uyghur Autonomous Region[10]. Although more than 18 months have passed since the call and many documents have emerged, the UN High Commissioner for Human Rights has not taken any action. Following the financial sanctions by the US, Canada, the EU, and the UK, UN officials started to draw attention to the human rights violations in the region and make statements. In addition, the Chinese authorities, who did not allow UN officials to visit the region based upon their evaluation of this issue being within the scope of China’s internal affairs at the time of the call, gave the green light to the visits as of March 2021, but stated that these visits would not be considered as an investigation[11].

Having been a member of the World Trade Organization, a UN institution, since 2001, China has accelerated its economic development since its accession to the WTO. It has an important share in the global market, by having 34.9% of the global value chain according to 2015 data[12] and ranking among the top five in the global ranking for imports and exports according to 2019 data[13]. The financial sanctions imposed against China's practices in the Xinjiang Uyghur Autonomous Region have reduced China's effectiveness in the global market, which restricted the supply of raw materials for various sectors of many countries, especially the US. Considering that economic motives were effective in the preparation of the Human Rights Report of the US, the usage of such striking expressions suggests the intention of sustaining global production. This idea is supported by the fact that an investigation within the region has not or cannot been conducted by the UN and creates the perception that bringing an application before the ICC is not on the agenda yet.

One week before the US published its Human Rights Report, the Chinese government published its "Report on Human Rights Violations in the USA for 2020"[14]. In this report, it is stated that thousands of people have lost their lives due to the US' inability to manage the COVID-19 process, that democratic governance was harmed by the actions of extremists during the elections, and that the racism that ethnic minorities are being exposed have harmed society as a whole. In the light of all these evaluations, it is stated that the financial sanctions imposed on the Chinese government are a result of the US' own understanding of human rights and one-sided attitude.

China, which has achieved an important place in the global market, is being adversely affected by financial sanctions, which have been triggered by initial sanctions imposed by the US in response to human rights violations. However, these effects are not experienced unilaterally, since a recession is being experienced in the sectors of sanctioning countries that are unable supply raw materials for the said sectors. The expression of genocide (used in a political sense) in the 2020 Human Rights Report of the US is important for the UN, Rome Statute member countries, and Western universities, institutions, organisations, and companies to take action on this issue. However, it is especially important for Turkey to be particularly careful about this issue, to properly identify and distinguish the true motives of the actors involved, and to be mindful that the Uyghur Turks should not be harmed by a political polarization. Conducting investigations on the human rights violations taking place in the Xinjiang Uyghur Autonomous Region by creating a consensus in the international public opinion will ensure that such violations can be ended as soon as possible.

**This is the English translation of a Turkish language article that was published by AVİM on 7 April 2021. To view the original article, please click: https://www.avim.org.tr/tr/Analiz/UYGUR-TURKLERI-VE-CIN-E-UYGULANAN-YAPTIRIMLAR

[6] “Convention on the Prevention and Punishment of the Crime of Genocide”, United Nations, accessed May 7, 2021, https://www.un.org/en/genocideprevention/documents/atrocity-crimes/Doc.1_Convention%20on%20the%20Prevention%20and%20Punishment%20of%20the%20Crime%20of%20Genocide.pdf