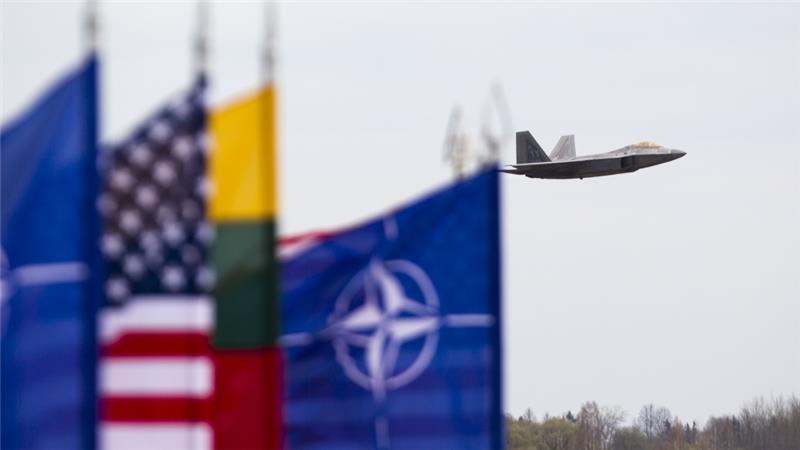 The Baltic Sea constitutes a region surrounded by the coastal countries of Denmark, Estonia, Finland, Germany, Latvia, Lithuania, Poland, Russia, and Sweden. Non-coastal countries of Belarus, Czech Republic, Norway, Slovakia and Ukraine are neighbors to this region. Three of the Baltic Sea Region countries, namely Estonia, Latvia, and Lithuania are considered as the Baltic countries or the Baltic states. Kaliningrad Oblast is an exclave of the Russian Federation located on the coast of the Baltic Sea between Poland and Lithuania. Kaliningrad, before the Second World War, was the East Prussian provincial capital of Konigsberg and became part of the Soviet Union at the end of the Second World War.

Russia has moved nuclear-capable Iskander-M missiles into the Kaliningrad in October 2016 along with the capable S-400 anti-aircraft weapon system. The Iskander-M is a mobile short range ballistic missile system that can carry both conventional and nuclear warheads with an official range of up to 500 km. Its range complies with the limits of the Intermediate-Range Nuclear Forces Treaty. After the deployment of the said missiles, serious concern was expressed by the officials and media of certain NATO countries. It was even compared to Baltic version of the Cuban Missile Crisis.[3]

It was claimed that the Kremlin had promised to not to ship the missile system to Kaliningrad back in 2009, in exchange for the US’ scrapping of the missile defense system in Poland and the Czech Republic. Activating an Iskander-M unit in Kaliningrad, in proximity of Poland and the Baltic Countries, is considered as destabilizing for NATO’s whole eastern flank. NATO has accused Russia of “aggressive military posturing”. The US State Department spokesman John Kirby stated that the deployment of S-400 and Iskander missiles to Kaliningrad was unnecessary and destabilizing to European security.[4]

In response to these reactions, Igor Konashenkov, the representative of Russia’s Ministry of Defense (reported by TASS on 22 November 2016) stated that “It is not Russia that represents the real security threat today but the saturation of Europe with the armaments and military personnel of not European origin”. He also stressed that the Kaliningrad region is an integral part of Russia and that the Russian side will take care of its security. It is also reported that Russian deployments in Kaliningrad can be seen as a response to the deployment of NATO’s missile defense shield system in Poland and Romania and further deployment of NATO troops in the Baltic countries.[5]

After these developments, the US has started in the second half of December 2016 to send tanks and armor vehicles to Europe and in January of this year actual deployments have begun. In this context, about 1000 of a promised 4000 troops arrived in Poland. It is reported that the total of 4000 US troops and 2000 military vehicles will be deployed on a rotational basis to Poland, Romania, Bulgaria, and the Baltic countries. The arrival of American troops in Poland was perceived as threat by Russia and President of Russia Vladimir Putin’s spokesman Dmitry Peskov stated that “We perceived as threat. These actions threaten our interests, our security. Especially as it concerns third party building up its military presence near our borders. It’s [the US], not even a European state.” In addition to the US, the United Kingdom is also contributing to the buildup of NATO forces in Eastern Europe. The UK formally took command of NATO’s response force, made up of 3000 British troops plus troops from the US, Denmark, Spain, Norway, and Poland who will be on permanent standby ready to deploy within days.[6]

These developments indicate an exponentially rising probability of a conflict breaking out in the Baltic Sea Region. In fact, the escalation in the Baltics should be considered in tandem with the situation in Ukraine’s eastern regions and the growing militarization of Crimea. There is a definite need of reducing the emerging risks through the dialogue between NATO and Russia.

For such a dialogue, the key document is the 1997 NATO-Russia Founding Act. At the NATO Summit in Warsaw on 8-9 July 2016, NATO Heads of State and Government referring to the “provocative military activities near NATO borders, including in the Baltic and Black Sea” and the deterioration of the security situation in the Baltic Sea Region announced the decision “to establish an enhanced forward presence in Estonia, Latvia, Lithuania and Poland.” They also declared that beginning in early 2017, in the framework of “enhanced forward presence”, four battalion-sized battlegroups will be deployed on a “rotational basis.[7] Russia claimed that these deployments breach the following provision of the 1997 NATO-Russia Founding Act:

NATO reiterates that in the current and foreseeable security environment the Alliance will carry out its collective defense and other missions by ensuring the necessary interoperability, integration, and capability for reinforcement rather than by additional permanent stationing of substantial combat forces. Accordingly, it will have to rely on adequate infrastructure commensurate with the above tasks.[8]

NATO, however, defends the view that these deployments are “rotational” and thus do not breach the letter of the 1997 Act under which NATO promises to refrain from “additional permanent stationing of substantial combat forces.”[9]

It should be underlined such technical and somewhat academic talk over the interpretation of the above provision does not help in reducing the probability of a conflict breaking out in the Baltic Sea Region. A similar tendency also appears in the Black Sea Region. It seems that the security situation in Europe is deteriorating day-to-day. Russia has suspended the implementation of the Treaty on Conventional Armed Forces in Europe in 2014 and halted its participation in the Treaty’s consulting group in 2015.[10]

In the absence of the full implementation of the letter and spirit of all conventional arms control, and confidence -and- security building measures, launching a discussion for a new framework for arms control in Europe is the best option. In this regard, proposals put forward by the then German Foreign Minister (and currently President) Frank-Walter Steinmeier in the second half of 2016 and the subsequent decision by the Organization for Security and Co-operation in Europe in Hamburg OSCE Ministerial Council of 9 December 2016 to launch a dialogue on the risks to security in the OSCE area is promising.[11]