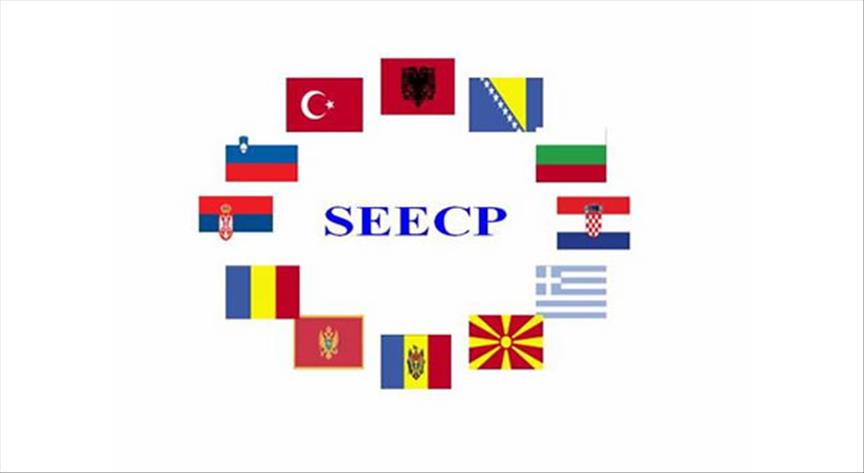 It has been recently announced that Turkey has undertaken the Chairmanship-in Office of the South East Europe Cooperation Process (SEECP) for one year (2020-2021) for the third time as of 1 July 2020. It was mentioned in the press release on the subject that Turkey’s previous Chairmanships were in 1998-1999 and 2009-2010 [1].

We, as the Center for Eurasian Studies (AVİM), for years have been drawing the attention to the historic and geographic integrity of the Balkans which is the core and center of the “South East Europe” sub-region of Europe. Balkans is a region of which its name is actually Turkish. According to Encyclopedia Britannica the word Balkan is Turkish and means mountain [2]. When one refers to Balkans, what has historically come to mind has been a region in which Turkey (at the eastern end), Bulgaria and Romania, and Greece (at the south) are located. The central part of Balkans is comprised of some of the successor states of former Yugoslavia (Serbia. Bosnia-Herzegovina, Macedonia, Montenegro, Kosovo) and Albania. Croatia and Slovenia sometimes in and sometimes out, according to their discretion. In a number of our analysis, we have repeatedly stressed that artificial division of the Balkans is undermining its integrity and overlooking historical realities. Creating new sub-regions with new names serves the purpose of excluding a certain country which is Turkey from the Balkans, hence from Europe. As it was mentioned in one of the AVİM analysis on the subject, “Turkey’s European identity converges with the other regions of the Europe, especially with the Western and Northern Europe, through Balkans.” In the light of all these, we have asserted for long that the name “Western Balkans” is a misnomer. We have also stressed that the EU’s proposed strategy for the “Western Balkans” is a misdesign on the basis of this misnomer [3].

It should be underlined that Turkey is geographically, historically, culturally, and socially a Balkan country. In this respect, it suffices to refer to the Republic of Turkey’s involvement in the various Balkan cooperation processes since 1930s for explaining her Balkan identity [4]. This Balkan identity of Turkey is now once more invigorated in her chairmanship of the South-East Europe Cooperation Process. Looking back to the roots the Balkan Entente Pact of 1934 was a treaty signed by Turkey, Greece, Romania and Yugoslavia on 9 February 1934 as a result of four conferences  held from 1930 to 1934 in Balkan countries [5]. This 86 years old treaty which deserves to be remembered how and with which difficulties it was concluded in the hectic days during the inter-war period of two world wars is in fact the most concrete example of cooperation between Balkan countries.  It can be considered as forefather of the South- East Europe Cooperation Process. We will touch upon the importance of this Treaty and its ramifications on contemporary developments in a separate article.

According to the web page of the Regional Cooperation Council (RCC) based in Sarajevo which is the operational arm of the SEECP, The South-East European Cooperation Process (SEECP) was initiated in 1996 at the meeting of the Ministers of Foreign Affairs of SEECP held in Sofia/Bulgaria and aims at “strengthening the good-neighborly relations among all participants from South East Europe (SEE), and transforming this region into an area of peace, security, stability and cooperation, with the main goal of full integration of SEE into European and Euro-Atlantic structures” [6]. The Charter on Good-Neighborly Relations, Stability, Security and Cooperation in SEE, adopted in Bucharest in 2000, represents the essential document of the SEECP. The SEECP consists of 13 participants from the SEE region, which are also participants in the RCC Board. These participants, as founding members, are Albania, Bosnia-Herzegovina, Bulgaria, Greece, Republic of North Macedonia, Romania, Serbia and Turkey. The founding members are joined later on by Croatia (2005), Moldova (2006), Montenegro (2007), Slovenia (2010) and Kosovo (2014). The SEECP participants meet at the level of Heads of State/Government, Ministers of Foreign Affairs and Political Directors of the Ministries of Foreign Affairs, under the chairmanship of the participant that holds the one year rotating presidency.

As it was mentioned above, the Regional Cooperation Council (RCC) based in Sarajevo is the operational arm of the SEECP. The EU is a member of the RCC, and is represented in its meetings by a representative of the European Commission and a representative of the European External Action Service. The EU has been providing financial support to the RCC secretariat since it was set up [7].

At this point, we see that the EU follows a multi-purpose “nested doll” (Matryoshka) policy towards the Balkans based on arbitrary standards. On the one hand, the EU pursues an enlargement policy towards the Balkans within the framework of the term "Western Balkans" it has created. On the other hand, by joining RCC, the operational arm of the SECCP, the EU acknowledges that this region is actually the "South East Europe" region. It does not seem realistic to assume that this arbitrary approach will bring security and stability to the “South East Europe” region. If we genuinely aim to transform this region into an area of peace, security, stability and cooperation, with the main goal of full integration of SEE into European and Euro-Atlantic structures, the EU should refrain to divide arbitrarily the region into the pieces and desist from the “balkanization of Balkans”.