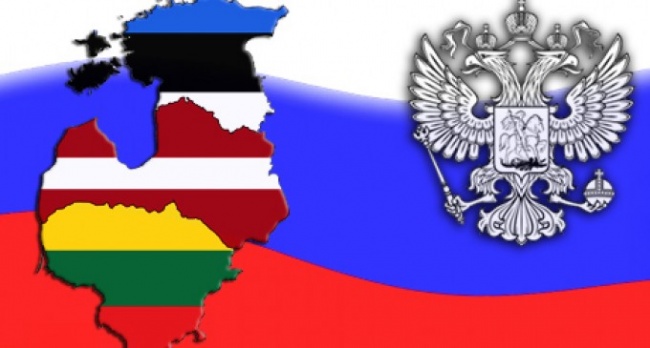 Since 1 January 2016, the 25th anniversary of the collapse of the Union of Soviet Socialist Republics (USSR) is being celebrated in the entire former territories of the USSR to varying degrees. This is no more clear than in the Baltic Sea region. After years of struggle, the three Baltic countries managed to restore their independence. The road to restoration for the independence of Estonia, Lithuania, and Latvia took almost a year. It started on 11 March 1990 with Lithuania and ended with Latvia’s independence on 21 August 1991. Officially, the new era for the Baltic states started on 6 September 1991 with their independence being formally recognized by the USSR.

The hard work and effort put forth for the restoration of independence by these small countries that are right next to Russia should not come as a surprise. Historically, the Baltic countries did not yield to the pressure of the USSR easily. Unlike most other regions, after the end of the Second World War (WWII), the people of the Baltic countries continued to actively to resist Soviet rule. For example, in Estonia, the Estonian people started what has been called the Summer War by the Forrest Brothers Resistance Group. Their resistance lasted until the 1960s when they were finally defeated by the overwhelming power of Soviet forces.[1]

The armed resistance from the 1940s to 1960s had transformed itself into passive resistance starting in the late 1980s and early 1990s. This took different in the three Baltic countries. In for example Latvia, the residents of the capital Riga began to put physical barriers against the USSR’s special forces, the OMON that attempted to reassert central authority’s control. Estonians, which after almost 50 years of occupation had no weapons or armed forces, began their resistance to Soviet control after attending a rock concert in the year of 1988 in capital Tallinn’s Old Town Square. After the Soviet authorities put a stop to the concert, the crowds began to march in protest. Hence, the term “Singing Revolution” was coined.[2]

Today, Estonia, Latvia, and Lithuania have come a long way since they have regained their independence. These three countries are probably the only ex-Soviet republics in Europe that currently meet the European Union’s (EU) political freedom and human rights requirements.[3]

After 25 years of independence, when we look at the political arena of the Baltic republics, three issues come to the fore. The first one is the importance of membership to the North Atlantic Treaty Organization (NATO), specifically the prominence of United Kingdom (UK). The second one is the place of the Baltic republics in the Western sphere, specifically in the Nordic political bloc. Thirdly, the perceived threat from Russia.

As vibrant but small countries with a total population of almost 6.5 million people, the Baltic republics do place a special importance to the existence and operations of NATO. Especially after 2014, NATO began place special emphasis on what can be called “Baltic Gap” or the “Baltic Balance”. In order achieve this so called balance with Russia or close this gap against Russia, NATO developed Very High Readiness Joint Task Force (VHRTF). VHRTF has been developed as part NATO Response Force (NRF). VHRTF is composed of 5000 soldiers and is a multinational force against any threat that can possibly emanate from Russian mainland or the Russian exclave of Kaliningrad. Through the creation of VHRTF, NATO desires to demonstrate to Russia that it stands united in diversity against its perceived aggressions.[4]

Despite the “in diversity we stand united policy”, one of its members do stand at the foreground. Under the umbrella of NATO, for both the security of Baltic republics and the security of UK, UK plays a special role in the Baltic Sea region. In fact, the role of NATO, specifically the UK, is so important that when the Baltic republics are describing them, they refer to them as shields to protect them from being reabsorbed into “the darkness of Moscow’s black hole”.[5]

Historical ties between the Baltic republics and the UK are strong due to the high-level immigration that has occurred after USSR’s invasion, especially after the WWII. For example, out of 2 million Latvians, currently 100,000 of them are living in the UK.[6]

Despite these the above mentioned political and geopolitical context and historical background, the 25th anniversary of Baltic republics’ independence from the USSR has coincided with one of most important socio-political events of 2016, Brexit. Brexit shook the EU and the world, but most importantly the Baltic republics to their very core. The Baltics republics see the Western security establishment of NATO, and the socio-economic establishment of EU as being fundamental for their survival.

Despite these fears, the UK before, during, and after the Brexit debacle, has proven that it separates its views on the EU and NATO. It demonstrated this by continually deploying more troops and equipment through NATO on the borders with Russia. It has done this especially with Baltic republics.

For example, after years of decreasing its military presence on the continent after end the Cold War, the UK decided to increase its military presence in 2016 by sending six more war ships to the Baltic Sea to counter the Russian presence in the Baltic Sea. The Baltic-UK military and security cooperation continued even after Brexit. The UK decided to increase its military personal by sending 500 soldiers to the Baltic republics. These are in addition to measures taken by the Baltic republics themselves. After Russia annexed Crimea from Ukraine and detained an Estonian security official under suspicious circumstances at their joint border, the Baltic republics began to take their own measures against Russia. For example, Lithuania has reintroduced conscription service for male citizens.[8]

After 25 years of independence, the second issue facing the Baltic countries is the place of Baltic republics in the Nordic political bloc. Since they managed to gain their independence from the USSR successfully 25 years ago, in addition to gaining entry to NATO and the EU, the Baltic countries have successfully initiated a very close relationship with the Nordic countries of Finland, Sweden, Norway, and Iceland. The Nordic Council of Ministers opened their first offices in Riga, Tallinn, and Vilnius respectively in 1991.[9]

In order to further increase the level of Nordic-Baltic integration, the eight countries established what has been called the Nordic–Baltic Eight (NB-8). It is an informal regional network comprising of countries of Denmark, Iceland, Norway, Finland, Sweden, Latvia, Lithuania, and Estonia. Originally, in 1990s, it was established as five Nordic and three Baltic republics. To put it another way, it was referred to as NB 5+3. Later, due to increased integration, it was transformed to NB-8, showcasing its success as an integration project. Even though it is not an institutionalized organization, it promotes high level political and practical dialogue and cooperation among members of the organization.[10]

In addition to their integration to the Nordic region, the Baltic republics also place high value on Baltic integration, which is why they also have placed high value on establishing on intra-Baltic institutions such as the Baltic Council of Ministers (BCM) and the Baltic Assembly. As it can be seen, the Baltic republics have in 25 years ensured that they have established different institutions that can promote cooperation and ensure stability at different geographic levels that range from encompassing simply the Baltic Sea to encompassing the wider Nordic region.

The third issue is the perceived threat posed by Russia towards the Baltic republics especially in recent years. As it was stated previously, in the historical context, the Baltic republics’ independence were usurped by Russia during both the Tsarist and Soviet era while the international community stood by. Thus, the Baltic states, have, a natural, intrinsic fear of Russia. Furthermore, Russia, with its recent policies in Georgia or in Ukraine does nothing to elevate to lift that fear. The Baltic republics are feeling even further threatened by their Russian-speaking minorities, who were settled in the Baltic region as a part the USSR’s policy of forced demographic change. Latvia is estimated to have 27 percent, Estonia 24 percent, and Lithuania 6 percent Russian-speaking minority.[11] The Baltic republics fear that Russia may abuse the existence of these minorities to incite instability or unrest within their borders.

Besides the Russian speaking minorities, the Baltic republics, and NATO allies in general, fear that Russia might destabilize the region by inciting conflict by justifying war – casus belli – over Russia’s heavily militarized Kaliningrad oblast situated next to the Baltic sea bordering Poland and Lithuania. Kaliningrad is being presented as so much a threat that Baltic republics such as Estonia have accused Russia of placing the Iskander M missile system. The importance of it comes from the fact that it is a highly advanced ballistic missile system designed to destroy important targets.[12] The Iskander M missile system, alongside the S-400 air defense system known to be stationed in Kaliningrad, should Russia choose to utilize them, have the capacity to gravely disrupt any possible NATO operation in the Baltic region.[13]

Even further than severely disrupting NATO’s defence capacity, the Western countries and the Baltic republics -particulary Lituania- worriedly recall the Danzig and Königsberg episodes of the First World War when facing the Kallingrad exclave.[14]

Due to these and other fears, the Baltic republics constantly keep the members of the Western sphere on their toes against a possible Russian intrusion. They want to keep the Western sphere, especially the NATO leg, alive and well. Yet, the question also arises of whether the threat emanating from Russia is a fact, or whether the constant accusations against Russia is heightening the tensions between Russia and the Baltic republics?

[2] Kaspars Zaltāns , “LATVIA’S BARRICADES OF FREEDOM – WHAT DO THEY MEAN 25 YEARS ON?”,  Deep Baltic, https://deepbaltic.com/2016/03/08/latvias-barricades-of-freedom-what-is-their-meaning-25-years-on/; The Singing Revolution, http://www.singingrevolution.com/cgi-local/content.cgi?pg=1

[10] “2016 – Year of Baltic and Nordic Cooperation”, Ministry of foreign affairs

of the Republic of Latvia, http://www.mfa.gov.lv/en/policy/baltic-sea-region/2016-year-of-baltic-and-nordic-cooperation

[13] Robert Farley, “This Tiny Sliver of Russian Territory (and Its Weapons) Is What NATO Fears Most”, National Interest, http://nationalinterest.org/blog/the-buzz/tiny-sliver-russian-territory-its-weapons-what-nato-fears-18498