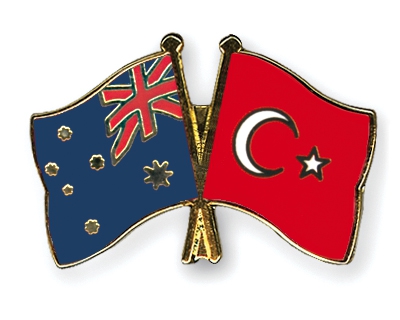 The world has suffered a deep shock in the last two months due to two heinous terrorist attacks in New Zealand and Sri Lanka. According to the New York Times, “the death toll from the terrorist attack on two mosques in Christchurch, New Zealand, in March rose to 51 on Thursday (2 May), when a man wounded during the shooting died in a hospital. The man, a Turkish national, had been in intensive care in Christchurch Hospital since the shooting on March 15, Prime Minister Jacinda Ardern of New Zealand said in a statement.”[1]

The New Zealand Prime Minister Jacinda Ardern, who won the appreciation of sensible people around the world as well as the hearts of the great majority of the Turkish people after the horrific attack in Christchurch, refused to pronounce the attacker’s name in her speech before the New Zealand Parliament. She said that “We, in New Zealand, will give him nothing. Not even his name.”[2]

In fact, the perpetrator of the Christchurch terror attack, Brenton Tarrant, is not a New Zealander. International press reports describe him “as 28-year-old white male with white supremacist views… from Grafton, a town of around 19,000 people in New South Wales, Australia.”[3] The Guardian says that he “would have been influenced by the ideology of the far-right ‘identitarian’ movement, an online grouping… formed in France”[4] and also points out that “A 74-page ‘manifesto’ (Tarrant) posted online lists various neofascist aims, including the creation of an atmosphere of fear among Muslims.”[5]

In this respect, it was mentioned in an AVİM commentary on the issue that he specifically refers to Turks in his “manifesto” and  utters threats against Turkey. He claims that “We will come to Constantinople, demolish all the mosques and minarets. Hagia Sophia will be freed from the minarets and Constantinople will be the Christian city again as it is deserved.”[6] It was also mentioned in another AVİM commentary that there are Armenian language references on the terrorist’s firearms and magazines.[7]

International press reported recently a statement made by the Prime Minister of Sri Lanka Ranil Wickremesinghe concerning the terrorist attacks in his country. In this respect, The Guardian newspaper stated the following:

“Ranil Wickremesinghe told Guardian Australia that Abdul Lathief Jameel Mohamed, who undertook a postgraduate degree at Melbourne’s Swinburne University in 2009 and left the country in 2013, appeared to have been influenced by extremist ideas during that period. ‘That’s how the family feel,’ Wickremesinghe said at his prime ministerial residence in Colombo. ‘We know there is some militancy going on in Australia among the Muslims.’ Australia has been out there fighting [in the war on terror].”[8]

Influence Of Extreme Right In Australia

Scholars mention in their academic writings that the mainstream political parties have been openly absorbing and readily borrowing the values and key ideas promoted by the extreme right in Australia. [9]

While explaining the rising radicalization in Australia, many credible scholarly sources lay stress on the historic strength of right wing extremism in this country. One scholar states in this respect that “In this country, the problem lies with the broader Australian community that ignores or accepts the presence of right wing extremists in its midst, and tolerates the increasingly Islamophobic and anti-immigrant discourse in Australia.”[10] White supremacist ideologies, racism, xenophobia, and all kinds of intolerance are considered within the remit of the right wing extremism. It is also stressed in the academic sources that “Key to binding the Australian national identity to race and exclusion was the White Australia policy, officially enacted after federation in 1901.”[11]

In the context of this very brief information, it is possible to say that despite Australia’s well-established vibrant democracy and pluralism, there is also a historically rooted political basis for radical, discriminatory, and exclusionary discourses in the country. These discourses, in some cases, may incite hatred towards or contempt for a person, group, or whole nation on the grounds of their race, nationality, or religion. Such rhetoric directly or indirectly can promote the sense of revenge. It is not so difficult for radical views and mindsets to come into surface in such a historically fertile political ground existing in Australia. We are witnessing such a happening in the state of New South Wales (NSW).

According to press reports, she, when serving as the NSW Treasurer, attended the “100th commemoration service for victims in the Armenian capital, Yerevan”. As per the same reports, she “said there was no conflict with her attending the service in Yerevan and the marking of the 100th anniversary for Gallipoli.”[12]

According to Armenian National Committee of Australia, which unremittingly spreads hatred against Turks and Turkey, reported in its website on 1 May 2019 that “The Premier of Australia's largest state of New South Wales, Gladys Berejiklian has used her address at a Sydney commemoration event to call out Turkey for its ‘resolute and proactive denial’ of the Armenian Genocide.”[13] The aforementioned website also reported that “The granddaughter of Armenian Genocide survivors said the Turkish government's resolute and proactive denial of the genocide is ‘textbook’“.

We understand from the website of the Armenian National Committee of Australia that the NSW Premier is adding her voice to the anti-Turkish, anti-Turkey, anti-Islam Armenian nationalist choir, the sole purpose of which is apparently to spread enmity, hatred, and primitive revenge mentality.  This choir is also blaming and threatening the Australian Prime Minister and the leader of the Liberal Party for not mentioning the 1915 events in line with their wishes.

It is quite interesting to see the NSW Premier and the leader of the NSW Liberal Party is on the front line of this hatred choir. According to Australian Liberal Party website, for countering radicalization, the Australian government has invested more than 45 million Australian dollars in the past four years for various programs.[14] It seems that the government should also develop a program also for countering the radicalization of the Armenian community in Australia. Such a program is needed more urgently in NSW.

The Turkish Consul General in Sydney Şarık Arıyak on 17 December 1980 was assassinated together with the security attaché Engin Sever by two people on motorcycles wielding firearms. A scholarly source narrates the incident as follows:

“On December 17, the Turkish Consul General in Sydney, Australia, 50-year old Şarık Arıyak, and his bodyguard, 28-year old Engin Sever, were assassinated in front of the Consul’s home by two ARF (Armenian Revolutionary Federation) operatives riding on a motorcycle. Even though Australian intelligence services had knowledge of an impending assault, they were still unable to prevent Arıyak and Sever from becoming the 14th and 15th victims of the Turkish Foreign Ministry. Australian police efforts failed to turn up the assailants, while the Armenian Patriarch in Istanbul, who was still not entirely convinced Armenians were behind the violence, condemned the attack”[15]

There was also a car bomb attempt at the Turkish Consulate General in Melbourne on 23 November 1986.[16] In this terror attempt, a car bomb exploded in the basement parking lot, killing Hagop Levonian, one of the bombers who failed to correctly set up the explosive device. Levon Demirian, a Sydney resident with links to the Armenian Revolutionary Federation (notorious for their extremist Armenian nationalist views and having a penchant for supporting terrorism) was charged over the attack and served 10 years. According to Australian press reports, “Demirian’s Australian citizenship allowed him to banishment to his native Lebanon when his prison sentence ended. He is living in Sydney.”[17]

It should be underlined at this point that the assassination of the Turkish Consul General in Sydney on 17 December 1980 might be considered terrorist attack involving a firearm on Australian soil. This is the date when Australia faced the ugly face of terror. This point should not be forgotten by the Australian federal authorities and at the same time should be reminded to the Premier of NSW.

The increase of hate speech against Turks and Turkey in Australia is worrying. It is a fact that the bulk of the hate speech originates from the Armenian community living in this country as Australian citizens. It is even more alarming that the premier of one of the states of Australia is not only joining but leading these activities. It seems that the said premier puts her Armenian identity before her Australianness and is trying to destroy the longtime friendship between Australia and Turkey founded on the bitter memories of Çanakkale wars.

The Turkish people very well remember the motion adopted by the Legislative Council of the Parliament of the NSW on 1 May 2013 through a fait accompli of a small group titled "Assyrian, Armenian and Greek Genocides.”[18] The proponents of this initiative did not take into consideration the Australian citizens of Turkish origin, who have fully integrated as true Australians.

[5] Lisa Martin and Ben Smeee, “What Do We Know about the Christchurch Attack Suspect?,” Guardian, March 15, 2019, sec. World, https://www.theguardian.com/world/2019/mar/15/rightwing-extremist-wrote-manifesto-before-livestreaming-christchurch-shooting.

[18] “No: 133, 7 May 2013, Press Release Regarding the Motion Passed by the Legislative Council of the Parliament of the State of New South Wales in Australia” (Republic of Turkey Ministry of Foreign Afairs, May 7, 2013), http://www.mfa.gov.tr/no_-133_-may-7_-2013_-press-release-regarding-the-motion-passed-by-the-legislative-council-of-the-parliament-of-the-state-of-new-south-wales-in-australia.en.mfa.