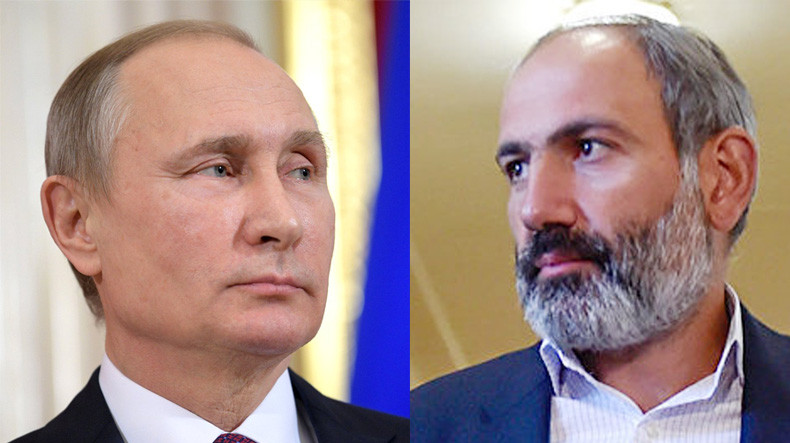 The repercussions of the “Velvet Revolution” in Armenia realized in late April and successfully ended with the peaceful governmental transition in early May continue with high speed. After installing the government and presenting general framework of the foreign policy approaches Pashinyan and his team turned their faces into the internal issues. The new government started inquiring the “Karabakh clan” which they consider as the source of the poverty, misery, corruption and all other problems Armenians have been enduring the last two decades.

The first wave of the fight against “Karabakh clan” started in early July. By the appointment of the new head of the law-enforcement agency at Special Investigation Service, Sasun Khachatrian on June 12, Pashinyan indicated his hope to solve the killings of the 1-2 March events of a decade ago. The arrests of the important political figures of Armenia followed. The advent of the situation brought up questions related to the potential reactions coming from the “Big Brother” which “tolerated” “Velvet Revolution” in Armenia, differently from the other parts of the post-Soviet region. By depicting the current developments related to the investigation around the 1-2nd March events in Armenia the article aims to touch upon the recent meeting of Pashinyan and Ter-Petrosian and evaluate the reactions of Russia, the major supporter of Armenia in the region.

The reconciliation with Ter-Petrosian

Before these arrests occupying the Armenian agenda, Prime Minister Nikol Pashinian and the first President of Armenia Levon Ter-Petrosian met on the 17th July for the first time after the former came into power. According to the official statements of the government two statesmen discussed the issues related to the foreign policy and Nagorno Karabakh case. It has been stated that the meeting was initiated by the former President. No other information related to the meeting was shared in the media.

This meeting is crucial in terms of its character. Considering that current Prime Minister of Armenia was one of the most important participants of the opposition movement after the disputed elections of 2008. As a result of his involvement to this movement Pashinyan was charged for seven years of imprisonment, and was released after two years in 2011. After the release of Pashinyan relations between Ter-Petrosyan and Pashinyan had deteriorated. Until the recent meeting the two have not met in public.

Though the ostensible reason of the meeting officially stated, according to the information in the news piece in the Irates, the two asked each other for mutual assistance. The first president of Armenia asked Pashinyan to support Armenian National Congress in the upcoming parliamentarian elections. On the other hand, current Prime Minister agreed on this deal in return of Ter Petrosian’s assistance in the regulation of relations with Russia. But why did Pashinyan need the former President’s aid in terms of Russia?

A few days later of this meeting the answer to this question became much clearer, because the “hunt” against the former governmental members accelerated in Armenia.

“Witch hunt”? What is going on in Armenia?

1-2nd March, 2008 demonstrations the consequence of which was the death of 10 people and injury of more than 200 people always played a crucial role on Pashinyan’s agenda.

As a Parliamentary member from the opposition or the leader of the street riots in April and May, Pashinyan stated in various platforms that those culpable for the 1-2 March crackdown should pay for their actions within the jurisprudence. The current Prime Minister himself was one of the prominent figures of those demonstrations and one of the sufferers of imprisonment. Not surprisingly, Kocharyan, the former President and one of the accusers for the crackdown coins the ongoing investigations as “political vendetta”.

Later, one of the major heads of “Karabakh Clan”, the former President Robert Kocharyan was invited for the interrogation related to the March events. He was accused with the article 300.1 of the Armenian Criminal Code, violating the constitutional order in collusion with a group of accomplices, and was arrested on 28th July. Kocharyan was arrested in relation with the utilization of lethal force against supporters of Levon Ter-Petrosian, the sole opposition leader protesting the fraudulent presidential elections of 2008[1]. Conversely, Kocharyan blamed Pashinyan for the post-election bloodshed due to his active participation in the violent seizure of the power. Thus, the former President indicated several times that they did not have any other chance besides the actions they had taken for preventing “illegal” demonstrations[2].

Another important figure who is expected to be accused with the same article is the former President and Prime Minister of Armenia Serj Sargsyan. Sargsyan, whose name was also related to the involvement into 1-2 March turmoil is currently in Europe as the Zhohovurd reported[3]. Vahram Baghdasaryan, the head of the RPA parliamentary faction and the member of the party's executive body confirmed this fact: "Yes, probably. I do not know, he had to go through some kind of medical examination. I know that Sargsyan can be away for 10 days[4].”

On the other hand, Collective Security Treaty Organization’s (CSTO) Secretary General Yuri Khachaturov was also charged within the scope of the same article and was released by Yerevan court on bail for the amount of 5 million Drams (approx. $10,500[5]). Yuri Khachaturov commanded the Yerevan garrison of the Armenian Armed Forces and directed the dispersal of demonstrations on March 1-2.

These developments of Armenia are attentively observed in Russia. Considering that the pro-Russian Sargsyan’s government was substituted with more pro-European one in early May Russia’s suspicious approach towards Pashinyan’s government was expected. Nevertheless, Pashinyan’s statements after becoming Prime Minister differently from his earlier comments indicated Russia as “strategic partner”. The current Prime Minister repeatedly emphasized that they are not going to change anything in their relations with Russia. Moreover, his insistent stance on the previous government’s approach towards Karabakh issue and 1915 events brought many to the conclusion that the “change” is going to stay in words. Taking into consideration that without rescuing from such a deep-rooted economic, political and military dependence on Russia and normalizing the foreign policy issues the promises of the current Armenian government in terms of democratization, transparency and economic wellbeing of people are unattainable.

Nevertheless, there is apparently clear fact that for now Armenia’s vulnerable veins are in the hands of Russia, thus acting independently seems impossible. In this regard, the recent developments in Armenia in terms of fight against “Karabakh clan” may strain the “tolerance” of the “Big Brother”.

Not surprisingly, Russian side could not keep silent in the case of the arrest of Secretary General of CSTO Yuri Khachaturov. Considering the importance of the CSTO in the Russian foreign policy, the arrests in such a level are expected to be responded. Though official statements from the Ministry of Foreign Affairs of Russian Federation seems relatively calm: "In accordance with the CSTO rules of procedure, it is the Armenian side that should officially initiate the withdrawal of its citizen from the post of the CSTO secretary general if the decision on such a recall was made in Yerevan[6]," the Russian media blames Pashinyan harshly for taken “abruptly anti-Russian attitude[7]”.

Armenian political scientist, researcher of the Caucasus Institute Hrant Mikaelyan indicated that arresting such a high-ranking incumbent in the case that does not seem “convincing enough[8]” seems unbelievable. He emphasized that this step actually is not for purification the system but, all these issues are because: “power has changed. Those who then lost, were convicted of these disorders, now won. Now they want to arrest those who put them in jail[9].”

Moreover, Director of the Institute for Political Studies Sergey Markov emphasized that arresting Yuri Khachaturov is an open challenge to Russia:

Pashinyan's words that he wants to continue the policy of good-neighborly cooperation with Russia is untrue. We see that he speaks passionately about friendship, but he persecutes politicians who are oriented toward Russia. The persecution of the CSTO’s official is a manifestation of bad relations with the Russian leadership[10].

It seems that Armenia is trying to purify the domestic system, nonetheless Russian suspicion towards the current government will make the realization of this task harder. The balance of the interdependence of these two actors is in favor of Russia in such a level that it is almost impossible for Armenia to act without consent of the former. Armenia needs a new framework of foreign policy in order achieve a relatively independent domestic affairs. By isolating itself within the region its aims to rescue from the chains seems unachievable. By insisting in the current foreign policy framework and without fully satisfying Russian interests Pashinyan’s government will be gambling not only its purposed aims but its own existence. In this regard, further developments in Armenia are expected to bring surprising consequences…