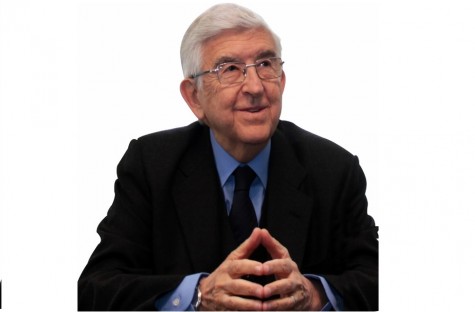 When a Turk is writing about the Armenian problem from a Turkish point of view, he is conscious that he will probably not be heard by the rest of the world. Countries such as Germany have now decided to reject Turkey’s side of the story and support the “genocide” thesis, i.e. the argument that the terrible events (and no one disputes that they were terrible) which saw the end of the Armenian settlement in Eastern Turkey were pre-planned murder.

I also want to make it clear that I admire the Armenian historical, cultural and artistic contribution to the world and to Turkey and am grateful for it. I welcome very strongly the recent decision of the Turkish government to express its condolences for all the innocent victims who suffered in World War I and even earlier. I wish it had come earlier. The breakup of the Ottoman Empire was a terrible event, one whose painful reverberations we still feel today and which caused all sides to suffer grievously.

However, I am seriously alarmed at the support in the “crusade” (what else is it?) against Turkey and what it has become in recent days. It implies contempt and ignorance of the Turkish people. The decision by Western governments to do this should not be taken lightly or out of naïve distaste for what some Turks say or do. It is a fateful step which is bound to push Turkey further away from the Western world and perhaps closer to those who have no love for the West.

But that, by itself, would not be enough to condemn the political decisions taken to try and impose one partisan version of history on a nation of 76 million people who have their own memories and experiences.

The first question must be why is the Western world so eager to act on a basis of partial or even fake evidence and pass legislation which could mean that people who say forgeries are forgeries could face prosecution and punishment in countries like Switzerland, France, and Germany? Or, if that does not happen, at least suffer the insulting label of “Holocaust-denier.”

This is partly because the only consensus among Turkey’s critics seems to be that anything Turkish opponents of Armenians say – and Armenians, like everyone else, have their own variations of opinions, ideas, and attitudes - anything Armenian must be correct. Any statement by Turks in conflict with this must be false.

In the countries that pass laws criminalizing the denial of an Armenian genocide, anyone denouncing or trying to disprove this grotesque set of claims could face prosecution.

Why is this happening? Well, one reason is that many people, inside of Turkey as well as out, do not know their Ottoman history and thus, accept a fictionalized, selective anti-Turkish nationalist version as if it were the whole truth, regardless of what it omits or ignores.

Excellent academic work on late Ottoman Turkey and its internal stresses and conflicts has been done by scholars such as Heath Lowry, Justin McCarthy (practically the only reliable scholar on Ottoman population studies), Jeremy Salt and others. These men are scholars, not polemicists – but they are subjected in some places to strange academic embargos and are sometimes victims of vilification.

What is more, this onslaught against Turkey completely ignores the work of these scholars. This spring, the Oxford University Press (OUP), one of the world’s most famous academic publishing houses, published a vast book in support of the Armenian claims against Turkey, written by a Turkish American scholar. Presumably, the OUP had the book read by academic referees. So why does this book completely ignore (apart from one mention of Heath Lowry on a different topic) the work of all these renowned scholars? They are not even mentioned in the bibliography. Is there any other academic field in which the OUP would permit this kind of selectivity?

It is also impossible to discuss the weak points of the onslaught against Turkey in major Western periodicals. Their editors simply dismiss with scorn or condescension anything that does not fit in with their preconceived (but non-specialist) notions; hence, scholars making such points in Britain or America are, in effect, suppressed.

Some people might ask how much this whole controversy matters. Even though it has been politicized, the Armenian question is really only a minor item on the international political agenda, which is why some politicians are willing to agree to what ethnic lobbies ask of them.

But this isn’t the case. The ultra-nationalist, anti-Turkish movements unleashed at the end of the Ottoman Empire are still at work in the world and still doing serious damage to the international order. The Armenian dispute was not always what it appears to be today. Until the 1970s, there was close friendship and a wide overlap between Turkish and most Armenian communities in the rest of the world. That sense of shared community and friendship has been one of the casualties in the campaign against Turkey, a bloody campaign which, by the way, cost the lives of more than 40 Turkish diplomats and family members after 1974.

These latest onslaughts on Turkey, all of which depend on non-Turkish claims of cognitive and moral superiority over the Turkish people and the right to condemn them, threaten to open even deeper rifts between our country and the West, just when we need to stand together.