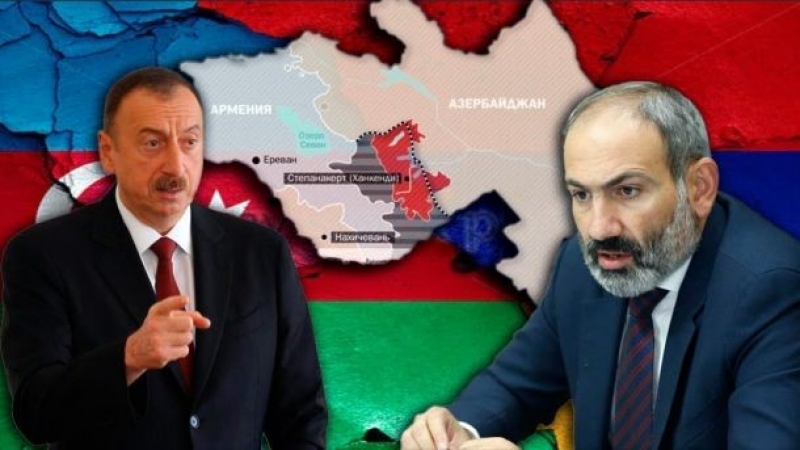 The Nagorno-Karabakh conflict has recently entered a tense period due to the statements made by the Armenian Prime Minister and the President of Azerbaijan. The world public opinion had expected positive developments after the first contact between Aliyev and Pashinyan regarding the solution process at the Commonwealth of Independent States summit that was held just after Pashinyan’s election. The meeting of the foreign ministers of these two states with the help of U.S. mediation also raised the expectations for the solution process. However, as the developments in Armenia's domestic politics turned against Pashinyan, the discourse on Nagorno-Karabakh began to sharpen.

If we consider Pashinyan's statements in the UN within the context of his words "Karabakh is Armenia" on August 5, we can see how troubled the tripartite negotiation approach is, which has been expressed many times before. In the same way, we can say that the effort to portray Azerbaijan as an obstructing party in the peace talks is meaningless. After his election, Pashinyan started to use this rhetoric in order to ensure the recognition of Nagorno-Karabakh indirectly in the international community and to ease the responsibility of his country. However, Pashinyan, who had to change his discourse due to the internal political disputes, refuted his own rhetoric by saying Karabakh is Armenia. He shows clearly that Armenia violated the territorial integrity of Azerbaijan. Moreover, he shows once again that the image they are trying to project of Nagorno-Karabakh being an independent structure from Armenia does not reflect the facts.

Russian Foreign Minister Sergei Lavrov commented on the Armenian Prime Minister’s statements at the Valdai Discussion Club held in Sochi on 4 October. Lavrov strongly criticized Pashinyan and stated that these kind of statements hinder the political progress in the conflict resolution process.[4] Lavrov's remarks also show that Russia, as co-chair of the OSCE Minsk group, will not ignore the attempts to distort the format of the peace negotiations. Pashinyan's adherence to the policies of the former administration, which ignoreed international law, will not help him in domestic politics and will adversely affect his international reputation. However, the fact that no explanation has yet been made from the other co-chairs of the Minsk group, France and the USA, has a damaging effect on the confidence towards the solution process. In order to proceed in a healthy manner, all co-chairs should take a common stance. Otherwise, to remain silent against Armenia’s attempts to produce these kind of discourses may lead to a perception of a tacit acceptance being present.

The photograph was taken from Turan.az.