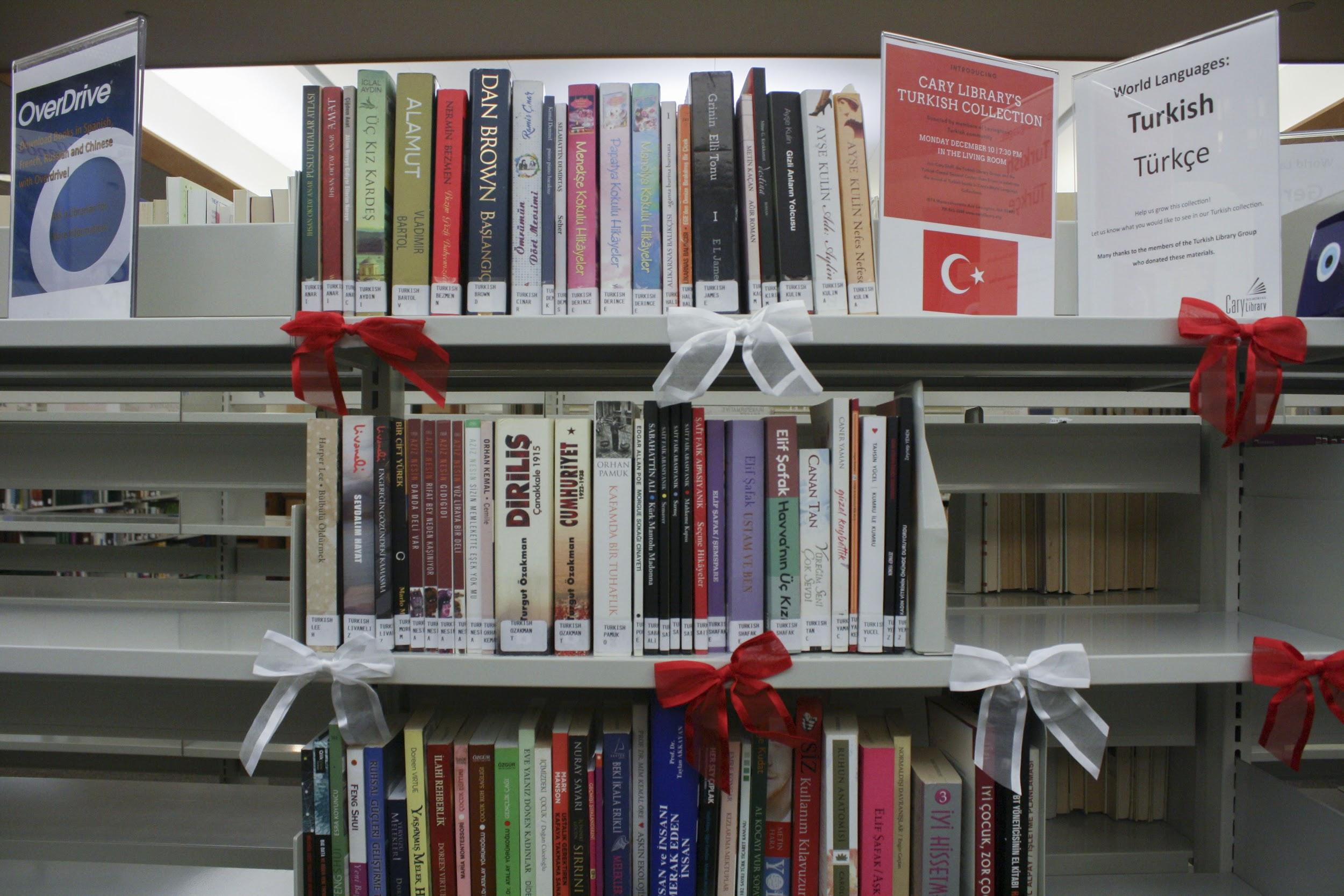 Cary Memorial Library in Lexington, Massachusetts in the USA held a ceremony for the opening of the Turkish collection of fiction, non-fiction, and children’s books. The Turkish Consul General in Boston, who was also present in the ceremony together with the Turkish Community, delivered an inaguration speech and contributed over 100 Turkish books to the World Language Collection of Lexington library. The Consul General emphasized the will of the Turkish community to touch the societies where they are living. The Consul General told the audience that they aim to make the world a better place by keeping doors open to all.

Before she could deliver her speech there was an incident that was especially highlighted in the “Armenian Weekly” on 11th December. A 21-year old Armenian from the Armenian Youth Federation (AYF) in Boston, after introducing herself, handed a letter to the Consul General expressing the hate mongering of Armenian narrative.

During the speech of Turkish Consul General, AYF members continued with their protests. The youngster who reached Erişen claimed that they would not halt their “fight against injustice at any cost[1].” Another AYF youth told “Armenian Weekly”: “Our work is nowhere near done, this is just the beginning[2].”

Hence, the AYF hackers’ quotation about the “fight continues” brings the question to mind, fight against whom or for what and by which means? Remembering the dark historical background of Armenians’ “fight” against Turkey through terrorism in the 1970s and 80s, this quotation portends a sinister content.

Cary Memorial Library of Lexington, Massachusetts where the 100 books in Turkish language were presented by the Turkish Consulate in Boston is a place embracing the local ethnic groups living in the American society by providing a chance for them to read books in their own languages. Besides Turkish community there are a number of new immigrant communities coming from China, India and Korea whose books in their mother tongues were also included in this public library.

The contribution to such a library is the manifestation of the goodwill of the Turkish side to underline the Turkish openness and respect to the diversities.

Therefore, by trying to cast a shadow on such a benevolent step through politicizing a cultural and societal event where differences were embraced, the radical and fanatical Armenians in the USA, this time represented under the banner of AYF, once again showed their one-sided, distorted and narrow approach towards the Turkish events. By rejecting to listen to the other side and by closing the eyes to the facts, Armenians constructed a “history” throughout the years that do not hesitate to propagate ill all around the world. Sadly enough, this constructed “history” seems to be still the only ground where the Armenian youth living abroad, having an access to high education and better life standards than their peers in Armenia could unite and exploit. Not surprisingly a 21 year old protester argued that “there is only one, indisputable version of history[3].”

The demand of recognition of 1915 events was not the only claim by AYF members. In the article published in Armenian Weekly some dialogues between Armenians and Turks have shown where the claims not only on Turkey’s cultural heritage, but also on its territorial integrity were put forward[4].

The strong involvement of Armenian Diaspora in the USA and its lavish funds to build “history” and propagate it around the world is well-known. The Armenian youth thus fueled with aggressiveness and hatred against Turks, and have been persuaded about the euphoria of “greater Armenia” proves that there is something wrong in their upbringing. By being blind and deaf to the different viewpoints they do not realize that they imprison themselves in their own concocted cocoons. Lastly, a precautionary reminder to the relevant authorities to look judicially into the selection of terms like “fight” by the AYF members, especially when one remembers the Armenian terrorist acts of the recent past.