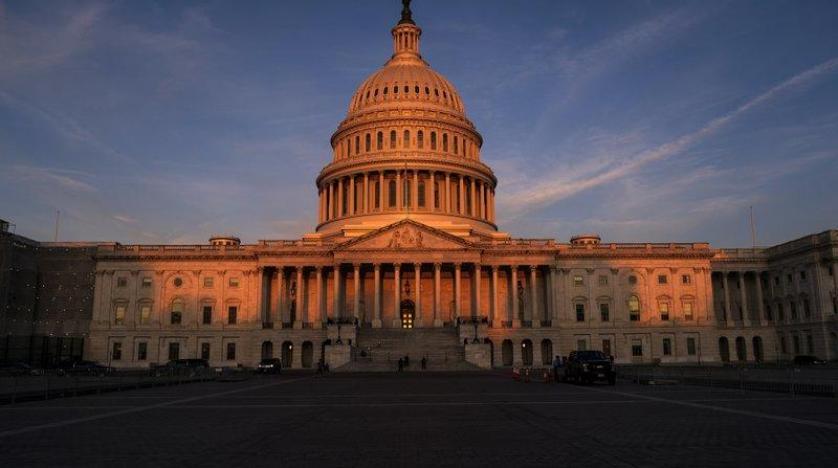 After the tense period between Turkey and the U.S. that began with the purchasing of the S-400 missile defense system, resolutions concerning Turkey are continuing to come one after another. As is known, draft resolutions were presented to both sides of the U.S. Congress last April with the aim of recognizes the events of 1915 as genocide. These drafts, which are completely identical to each other, were brought to the Congress agenda after Turkey's Operation Peace Spring. In these drafts, it is slandered with the repeated clichés that Turkey did not only destroy Armenians but also attempted to destroy other Christian groups. Consequently, on October 29, a resolution titled “Affirming the United States record on the Armenian Genocide” was adopted in the US House of Representatives. Our perspective and assessment titled “America on The Wane: The House Of Representatives Disgraces Itself and Loses Credibility” about the House of Representative’s resolution which was published on the AVİM’s website on 29 October is also valid for the resolution of the Senate on 12 December.[1]

The first reason behind the decision that everyone can easily guess, was confirmed by the words of Steve Cohen, a member of the US House of Representatives:

I’ve always opposed the Armenian resolution, and I voted for it this week (…) because Turkey doesn’t seem to respect the United States at all.[2]

Another reason behind the decision was the conflict in American internal politics.

Keeping these reasons in mind; we need to mention the S.Res 150 of the Senate on 12 December. In fact, the Senate determined its thougts on an official recognition of the “Armenian Genocide” with this resolution. First of all, it should be noted that this resolution, referred as Simple Resolution in American law, is non-binding. These types of laws are defined as laws that do not require approval from the US President, that is to say they are not considered sanctions. The Senate may take such decisions about its internal functions or to demonstrate its non-binding stance.[3] Therefore, this decision is not binding for the U.S. or Turkey. After the decision was taken, a U.S. State Department spokeswoman stated that the administration's position has not changed, and their perspectives is still the same with the definition in the President’s statement during last April.[4] However, the 24 April speeches mentioned by the Spokeswomen which have been repeated every year as a tradition are quite problematic as previously mentioned by AVİM many times.[5] Using these events by the heads of states as an element of internal politics, which have to be evaluated in the light of objective history and science, prepares the ground for these kinds of parliament decisions. Thus, the Turkish Ministry of Foreign Affairs underlined how politicization of history can be made with its statement on the S.Res 150 the decision of the Senate.[6]

On the other hand, the timing of the Senate’s Resolution is not a coincidence; since it was taken during a period of significant developments as a result of internal politics of the U.S. and the hydrocarbon resources of the Eastern Mediterranean, it is reflection of the reprisal and image of ‘power’ that the Congress wants to emphasize. This taking place during same time of the signing of an agreement between Turkey and Libya on the jurisdiction area of the Eastern Mediterranean Sea cannot be considered as a coincidence. Just as in the decision of the House of Representatives, the U.S. Congress which seeks to prove its power in domestic and foreign policy through Turkey wanted to send a message through the Senate this time. By this way, it was revealed that the Congress could throw aside the long-standing alliance and friendship relations between the US and Turkey because of its ambitions.

Returning to the statement on the subject of respect expressed by Mr. Cohen, a member of the House of Representatives, it would be appropriate to mention that this issue is bilateral. Since decisions taken by the Senate on the sanctions against Turkey on the same day with the Armenian resolution was assessed by the Turkish Foreign Ministry as disrespect for the sovereign decisions regarding national security by the Ministry.[7] So, the point here is not about the Turkey’s respect to U.S, it is about the Congress not respecting the decisions taken by a sovereign state regarding its own interests.

At this point, it would be appropriate to mention the impacts of the resolutions on the public opinion of Armenia and the diaspora. Because following the resolution of the House of Representatives, it is seen that most of the evaluations in the Armenian press stated that the 1915 issue was used for other political purposes. The Senate decision is another sample of this situation. Therefore, it can not be said that the interest groups, who have engaged in lobbying activities and have attempted to take advantage of the tensions between Turkey and U.S., have achieved the desired results. The U.S. Congress used the “Armenian cause” in its own interests; however, many Armenians were not pleased because it was done in a very apparent manner. The results reached after long-term lobbying have left a bitter taste in the mouths.

The U.S. Congress, which wanted to retaliate against Turkey and display its power, adopted resolutions full of clichés and chose bad timing. These resolutions revealed to everyone, including Armenia and the Diaspora, that genocide allegations directed against Turkey are about political calculation rather than the seeking of historical justice. On the one hand, by taking this decision, the U.S. Congress has further strained relations with Turkey, which has key importance as an ally of the United States. As a result, the U.S. Congress has become a victim of its own ambitions; at the same time it hurts U.S. interests, weakened U.S.- Turkey relations, and has disappointed Armenian circles.

[2] “Democrat says he voted to recognize Armenian genocide because 'Turkey doesn't seem to respect' US,” The Hill, 31 October 2019, https://thehill.com/blogs/blog-briefing-room/468405-democrat-says-he-voted-to-recognize-armenian-genocide-because-turkey-doesnt-respect-us.

[7] “No: 358, 12 December 2019, Press Release Regarding the Passage by the U.S. Senate’s Foreign Relations Committee of Draft Bill S. 2641 Aiming to Impose Sanctions on Turkey,” Republic of Turkey MFA, 12 December 2019, http://www.mfa.gov.tr/no_358_-ulkemize-yaptirim-uygulanmasini-ongoren-tasari-hk.tr.mfa.