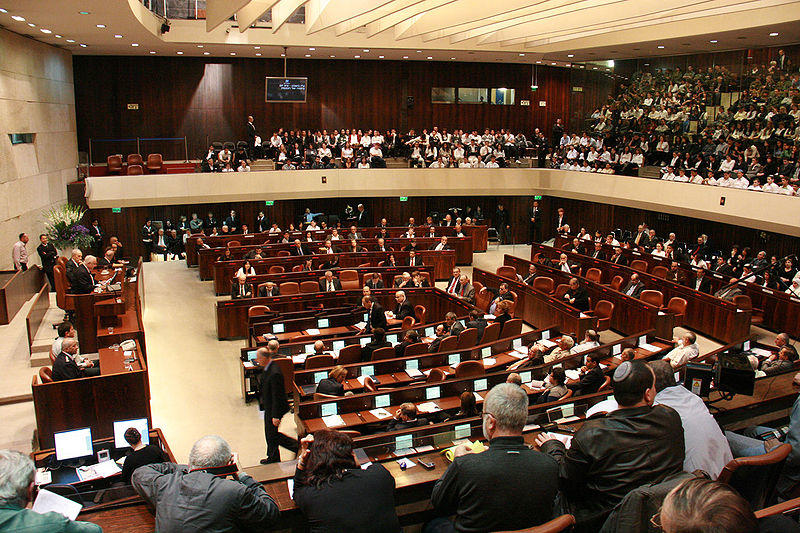 On May 23, at a session attended by only 16 deputies of the Israeli parliament – Knesset (out of a total of 120 deputies), a motion was accepted to hold a parliament-wide debate on whether to recognize the genocide allegations regarding 1915 events. The exact date of this parliament-wide debate was not specified (one Armenian source has alleged that the debate will be held on May 30[1]). This is not the first time that the issue of the genocide allegations against Turkey have been considered in the Israeli parliament (the last attempt to pass a resolution on this issue was rejected this February). Up until this point, the Israeli government had voiced objections to this issue being debated in the parliament.[2] This time, however, the government stated that it would not submit a response against such a move. Israeli, Turkish, and Armenia media outlets all converge on the following point: the background of this parliamentary move is the recent tension between the Turkish and Israeli government over Israeli security forces’ recent conduct against Palestinians protesting against the opening of the US Embassy in Jerusalem.[3]

This latest move by the Israeli parliament will come as no surprise to those who follow AVİM’s articles concerning the politicized nature of the genocide allegations regarding 1915 events.[4] In one of our previous articles on this issue, the following observations were made:

“When the context in which the said two motions [in the Dutch parliament concerning the genocide accusations] were submitted and approved is examined, it becomes clear that the motions have, in reality, nothing to do with historical justice or the acknowledgment of Armenians’ pain, but rather, everything to do to with scoring political points and engaging in verbal harassment against Turkey. […] The processes in various countries that lead to the submission of motions or the adoption of resolutions share a common, simple pattern: Country X begins to experience political tensions with Turkey, and the MPs of Country X mysteriously develop definitive knowledge about the complex and controversial 1915 events and feel morally compelled to pass judgement on the said events. This pattern was observed, [among others], in Germany, Russia, Israel, and Egypt.”[5]

Meretz Party chairperson Tamar Zandberg, who submitted the May 23 motion, defended her move by stating: “For many years now Israel has been evading recognition of the Armenian genocide… This lack of recognition is a moral stain on Israel and on every country that chooses, out of its own interests, to ignore the suffering of the other. For us it is a matter of morality and not a momentary political act.”[6]

It is true that the Meretz Party has been trying to get a genocide resolution on the 1915 events adopted in the Israeli parliament since 1989.[7] However, as stated earlier, the most recent attempt at adopting a genocide resolution was defeated three months ago. What has changed in three months that pushed the Meretz Party try its luck again, the Israeli MPs to consider voting positively on a genocide resolution again, and the Israeli government to no longer voice opposition to such a move? The answer: the rising tension between the Turkish and Israeli government over what happened in Gaza a mere nine days ago (May 14-May 23). In this context, this latest move in the Israeli parliament is revealed to be driven not by morality, but by political opportunism and revanchism.

Another point that can be made concerns the following words from Ms. Zandberg’s statement: “This lack of recognition is a moral stain on Israel and on every country that chooses, out of its own interests, to ignore the suffering of the other.” Ms. Zandberg claims to be keen on sharing Armenians’ pain, but seems to have ignored the massacre of more than half a million Ottoman Muslims during the 1915 events. If she willfully ignored this fact, then Ms. Zandberg cannot claim to be acting on moral grounds. If she was unaware of the large-scale massacre of Ottoman Muslims, then she is in no position to be lecturing people about events that took place 103 years ago.

The Holocaust, the horrific systemic extermination of Jews on an industrial scale by the Nazi regime in Germany, served as the background of the adoption of the 1948 UN Convention for the Prevention and Punishment of the Crime of Genocide. Based on their ancestors’ first-hand experiences, the deputies of the Israeli parliament should be well aware of what genocide is and is not, and how and where claimed cases of genocide should be decided upon. The legal term genocide is already being heavily abused by politicians and scholars seeking to draw attention to themselves and to build their careers. At this rate of abuse, this term is in danger of losing its gravity due to its frequent and erroneous application to situations or developments that cannot be designated as genocide. As AVİM, we hope that Israeli MPs do not succumb to opportunism and revanchism, and thus risk the further diminishing of the seriousness of the term genocide and the Holocaust.