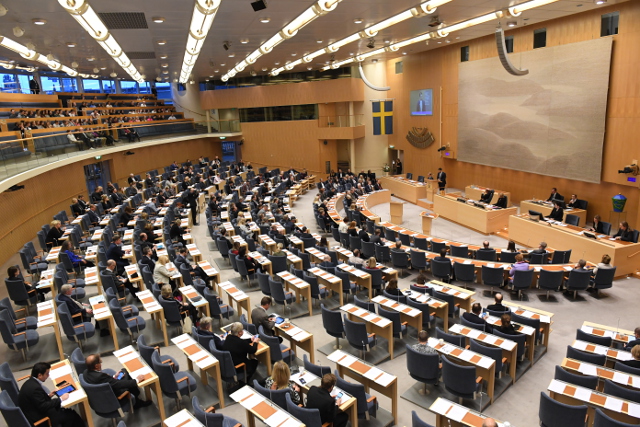 In our bulletins we shared news about the developments on the erection of so-called Armenian genocide monuments in Sweden. We informed our readers that the Swedish Supreme Court (Högsta Förvaltningsdomstolen) had not approved the erection of a so-called genocide monument in Norrköping. The Mayor and the majority of the members of the Norrköping Municipal Assembly, who are social democrats had decided on April 20, 2015 to build such a monument. However, the Turkish citizen Kenan Gündoğdu, who lives in Sweden, objected to the fact that such a decision was contrary to the “Municipalities Law” and that the monument was related to a minority and that the place where the monument was planned to be built was a public area. The Supreme Court upheld this objection. It is known that the Supreme Court decisions cannot be appealed. Hence, it is now acknowledged that no municipality in Sweden is not allowed to build a monument regarding the so-called Armenian genocide.[1]

The decision, taken by the Swedish Parliament in the past, gives the impression that although passed it has not secured any consensus in the country. This is not the only the example of the discord between the Swedish Parliament and the Swedish government. In fact, the so-called Syriac genocide monument was not allowed in 2008, in Sweden. The decision of Sodertalje Municipality's 13 members to erect a monument called "Seyfo" in 2007 was taken to the court by Sten Johan Lundin, Deputy of the Retirees Party and rejected. Lundin stated that genocide was a controversial issue which concerns international community and was not recognized by Turkey. He also stated that the planned monument would provide no benefits to the relations between the two countries. Moreover, not only Swedish politicians, but also some Syriacs in Sweden are of the opinion that controversial issues should be examined by the historians.[3]

Today’s dispute is a similar one. However, today, though the initiative of Kenan Gündoğdu and with the binding decision of Supreme Court it is concluded that no Swedish municipality has the authority to build a so – called genocide monument.[4] There are some who advocate the view that even if the decision of the Supreme Court of Sweden is binding, there could be some municipalities who would go against this decision. In fact, Mayor of Norrköping stated that he would like to erect a so-called genocide monument even if not in the same place, and made it clear that he would fight for "Seyfo" monument which had not been allowed to be built by the court. In 2017 the Supreme Court decision was also appealed.[5] It is also known that a documentary film called "Seyfo", financed by the same municipality was made in 2015.[6]

It will be remembered that, the European Court of Human Rights made its final decision on Perinçek – Switzerland Case on January 28, 2013, and concluded that Doğu Perinçek was right in the so-called genocide case. In the same vein, the decision of the Supreme Court of Sweden preventing the erection of the so-called genocide monument proves that the decisions of the European Court of Human Rights (ECHR) in the Perinçek – Switzerland case are regarded as Europe-wide binding decisions.