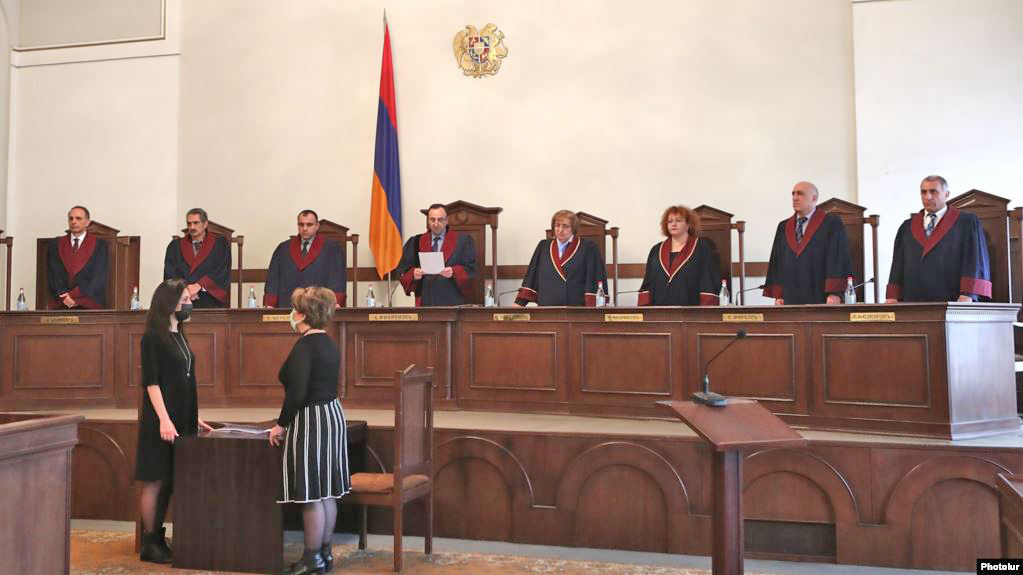 Since it came to power in 2018, the Pashinyan government has expressed its discontent on the grounds that the judiciary in the country was catering to the interests of the former political oligarchy and preventing reforms in the country. At this point, Pashinyan stated that transitional justice mechanisms had to be established to ensure transparency in the judiciary. However, there were no attempts in this direction.

The causes of the conflict between the Pashinyan government and the judiciary date back to the incidents that took place during the term of the past presidents, Robert Kocharyan and Serzh Sargsyan. In Armenia, while the country was under the presidency of Serzh Sargsyan (who served between 2008 and 2018), a constitutional amendment was made by popular vote, in 2015. Accordingly, the country switched over to a parliamentary system that strengthened the powers of the prime minister. The opposition in the country brought criticism against Sargyan's rigorous propaganda campaign for the constitutional amendment, arguing that Sargsyan's support for this constitutional amendment was to open the way for him to serve as prime minister in the next elections. In Armenia, as per the law, a person could be the president for two terms at most, and Sargsyan's presidency was to end in 2018. During the public voting process, Sargsyan stated that he would not be a candidate for prime minister if the parliamentary system was introduced, but he was nevertheless elected prime minister in 2018. Large protests subsequently broke out in Armenia, and this process called the Velvet Revolution resulted in Sargsyan's resignation. The elections were renewed when parliament could not elect a prime minister. The leader of the protest movement, Nikol Pashinyan, ran in the elections with the My Step Block, garnered the majority in the parliament in the elections held on 9 December 2018 and was thus elected prime minister.

Nikol Pashinyan is a politician with a journalistic background. In 1999, he founded and assumed editorship of the liberal-oriented opposition newspaper Haykakan Jamanak. Pashinyan participated in the protests on 1 March 2008, which was held because it was thought that irregularities had taken place in the presidential elections. However, the result of the protests in 2008, known as "The Bloody March 1", was not like the Velvet Revolution, as a state of emergency was declared and the protests were suppressed with disproportionate force, resulting in the injury of many and the death of 10 people.   Pashinyan, who was charged with attempting to overthrow the Armenian constitutional order, was imprisoned from 2009 to until his amnesty in May 2011.

Pashinyan, after coming to power, announced that he would keep his promise about acting to combat the political oligarchy in the country. In this regard, former President Robert Kocharyan was tried on the grounds that he was involved in cheating during the election in 2008, that he ensured Sargsyan (who was born in Karabakh like him) coming to power after him. Accused of being responsible for the Bloody March 1, he was tried with ordering the police to suppress the protest, violating the constitutional order, and taking bribes. He was arrested by the decision of the Yerevan Court and the Court of Appeals. However, later, it was decided that Kocharyan would be tried without detention and that he could be released on bail. The Constitutional Court also ruled in favor of Kocharyan in September 2019. Pashinyan called on the public to protest this decision of the judiciary, specifically targeted the President of the Constitutional Court, Hrayr Tovmasyan and pressured him to resign, but was not successful in this regard.

Pashinyan argues that Tovmasyan was put into office fraudulently and that Gagik Harutyunyan was persuaded to resign in March 2018, thereby paving the way for Tovmasyan to become the head of the Constitutional Court.[1]

In addition, according to Article 213 of the Armenian constitution, judges appointed after 2015 can perform their duties for a period of 12 years, while those previously appointed can remain on duty until their retirement age. For this reason, Pashinyan, who stated that the “Constitutional Court was occupied by a group” appointed by the previous government, took action to change Article 213. It was decided to hold a referendum on 5 April 2020 to amend the Constitution. Accordingly, if the majority voted “yes” in the referendum, the positions of seven of the nine judges serving in the Constitutional Court would have been terminated. However, the declaration of a state of emergency on March 16 due to COVID 19, the subsequent postponement of the referendum,[2] and the decision that a referendum cannot be held under these conditions changed the plans. Therefore, Pashinyan, who explained that an application was made to the Venice Commission, declared that the matter of the Constitutional Court would be resolved in the parliament.[3] (The Venice Commission - official name: the European Commission for Democracy through Law - is an advisory body of the Council of Europe in the field of constitutional law.) However, the Venice Commission expressed reservations about the issue and stated that the retirement of judges should be voluntary.

In the end, with the approval of the parliament, it was decided to terminate the position of three judges, and to terminate presidency of Tovmasyan while allowing for the continuation of his membership in the Constitutional Court. The Venice Commission has expressed criticism that the Armenian authorities did not comply with their recommendation in the constitutional amendments[4] and that a transitional period was not provided to allow for a gradual change in the composition of the court in order to avoid endangering the independence of the judiciary.[5]

It is seen that the crisis has not ended yet in Armenia. The hearing of the case against Kocharyan started on July, 7.[6] Another issue is that Vahe Grigoryan, who had served as a lawyer for the victims of the incident of March 1 and who has connections with the My Step Block, has been appointed as a member of the Constitutional Court.[7] The fact that constitutional amendments have been made in Armenia during the period of every government in line with their interests raises concerns about Pashinyan's slip into authoritarianism despite his professed liberal aims.