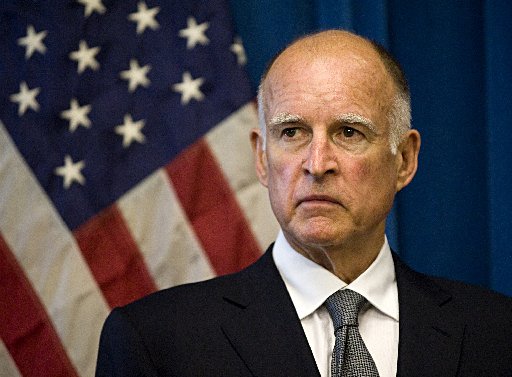 The parole of the terrorist Hampig Sassounian, who had martyred the Consul General of Turkey Kemal Arıkan in Los Angeles on 28 January 1982, was rejected by the Governor of California, Jerry Brown. Many Turkish American associations in the United States (USA) had initiated letter campaigns for the rejection of parole of Sassounian by Governor Brown. Ultimately, these campaigns yielded the right result.

Kemal Arıkan, Consul General of the Republic of Turkey in Los Angeles, was assasinated on January 28, 1982 in his car when he was waiting at a traffic signal. Hampig (Harry) Sassounian who committed this assassination was arrested and sentenced to life imprisonment. However, after 34 years, on December 14, 2016, in his fifth parole hearing, Sassounian was granted parole by the California Parole Board. As it is known, Hampig Sassounian was a member of the terrorist Justice Commandos of the Armenian Genocide (JCAG). The Parole Board’s decision of Sassounian's parole has been a decision that could encourage those who sympathize with terrorism at a time when the whole world is in a very serious struggle with terrorism[1]. In order to prevent the parole decision, a letter campaign was initiated by Pax Turcica, ATAA, TASC and other Turkish American associations calling Governor of California to reject this parole decision. Consequently, five months after the  decision of the Parole Board, California Governor Brown's rejection of Sassounian's parole is an indication of the existence of common sense.

This decision of the Governor of California is important in terms of the past attacks against the Turkish Consulate in California. Prior to the assassination of Kemal Arıkan, a bomb known to have been detonated by the Armenians in November 1981 during the visit of Turkey’s Ambassador to Washington, Şükrü Elekdağ, to the Consulate General of Turkey in Los Angeles had caused great damage to the Consulate building[2].

California has been the scene of two heinous attacks against Turkish diplomats in its history. Among these attacks, the first was the attack on the Republic of Turkey's Consul-General Mehmet Baydar and Consul Bahadır Demir on January 27, 1973 in Los Angeles. The two Turkish diplomats were killed with two different weapons shot by an Armenian named Mıgırdıç Yanikyan. This individual attack has laid the foundation for the third period of Armenian terrorism. Two years later, in October 1975, with the assassinations of Vienna Ambassador of Turkey Daniş Tunalıgil and Paris Ambassador of Turkey Ismail Erez and his driver, the Armenian terrorism evolved and terrorist organizations such as Armenian Secret Army for the Liberation of Armenia (ASALA), Justice Commandos for the Armenian Genocide (JCAG) and Armenian Revolutionary Army (ARA), the names of which we will hear constantly later on, have emerged. From then on, "Organized Armenian terrorism" continued to gain speed until 1986 and claimed the lives of 32 Turkish diplomats[3].

Today, groups that cannot tolerate the words "Turk" and "Atatürk” are known to exist. Following the protest in November 2016 by Tashnak Party's youth federation ARF (Armenian Revolutionary Federation) against George Gawrych, the author of the book "Young Atatürk", California Governor’s decision to deny parole for Sassounian is an appropriate response to such attempts.

The decision to grant parole to the terrorist Sassounian who assassinated Consul General Kemal Arıkan had been a big disappointment for the Turkish people as well as authorities in Turkey. However, California Governor Brown’s denial of Sassounian’s parole has confirmed that developments that legitimize and promote terrorist acts and heroize terrorists should not be tolerated.