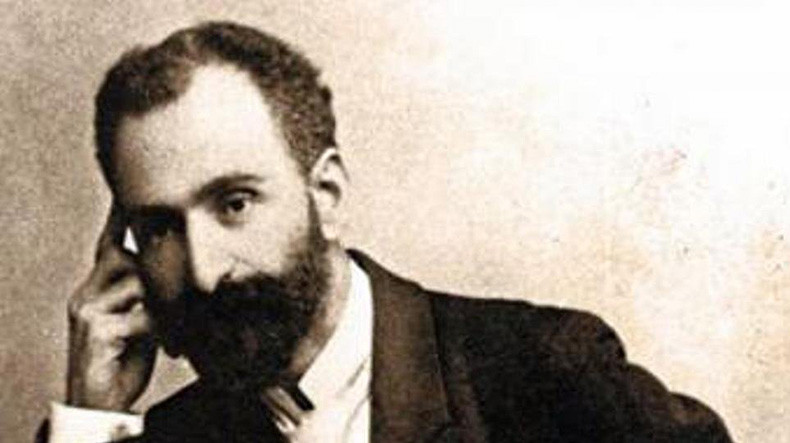 Hovhannes Tumanian, known as the “Bard Of All Armenians”, is being commemorated this year as the 150. anniversary of his birth. Hovhannes Tumanian has lived between the years 1869-1923 is one of the prominent national poets of Armenian literature. Tumanian, who has added many works to Armenian literature, is a major activist known for his literate character as well as his interest for societal matters and his works made regarding these matters. Tumanian reflects his approaches towards societal matters in his works and has attempted to highlight how the political developments occurring in the region are settings societies against each other and how important peace and reason are for these issues to be overcome. Poet and activist Tumanian underlined that all people living in the same geography have a common life-style, even if they belong to different religious, ethnic, cultural and geographic structures. Tumanian also stated that these traits are an integrative factor amongst the region’s communities.

During the Turkish-Armenian events that occurred in the years of World War I, Tumanian prompted the intellectuals in Tbilisi and strived to prevent greater pains from occurring between the two communities. He emphasized that this pain amongst the region’s communities stemmed from the political interests of political actors and the importance of literate and intellectual fraction working to bring Turkish-Armenian peace. Hence, one of the main aims of Tumanian, who held the presidency of the Armenian Benevolent Society that was established during the period of the Soviet Armenian government, in coming to Istanbul on November-December 1921 with the invitation of the Dashnaksutyun Party, was collecting aid for Armenian population. Nevertheless, he was involved in various activities during this visit. In the meetings that he joined with the Armenian community and associations, he underlined that the new era Soviet Armenia adopted a principle of forming good relations with its neighbors and that the Armenian people need to be in good relations with its neighbor Turkey in order for their development. He highlighted that the Armenian community’s cultural continuity is essential. He also emphasized the necessity of Armenian intellectuals carrying out works that would establish peace and trust between the two communities without becoming instruments of political interests and that this is significantly important for the Turkish-Armenian communities living in the same geography.

Hovhannes Tumanian is an intellectual who the Armenians at home and abroad currently commemorate with various events. While Tumanian is being commemorated, the approach that he expected about a century ago from intellectuals regarding the Turkish-Armenian relations is relevant enough to change the course of the relations between the two countries today. Tumanian’s expectations towards building peace in the region, the forming of good relations with the countries in the region for the future of the Armenian community and for intellectuals to take rational initiatives are unfortunately questions which contemporary Armenian intellectuals continue to ignore. Armenia, which is isolated in the region due to the Nagorno-Karabakh issue and the so-called genocide claims and is increasingly losing power in every way as it is opting out of regional projects, is in fact being ruled by the policies of dominant political groups aimed at salvaging the day. The politicians that are unsuccessful at solving the country’s problems are hiding behind the “genocide success” of the diaspora and are trying to prolong their political lives further. The diaspora, which is antagonizing Turkey by characterizing the 1915 events as a “genocide”, is ignoring the realities that Armenia is facing today. Armenia is stuck in between the diaspora trying to maintain its existence with the “genocide” claims and politicians that cannot develop pragmatic policies to save their people from their situation for the sake of political interests. Armenia, which remains the poorest country of the region in the post-Soviet period, needs to pass this period and display a position that is rationalistic and realistic regarding building normal relations with its neighbors. Turkey’s offer to establish a committee of Turkish and Armenian historians for researching the 1915 events could be a significant turning point for the rebuilding of the relations between the two countries through the approach of the Armenian intellectuals. The Armenian intellectuals taking initiative for the researching of the claims that have been used as political material for years is a historical responsibility.