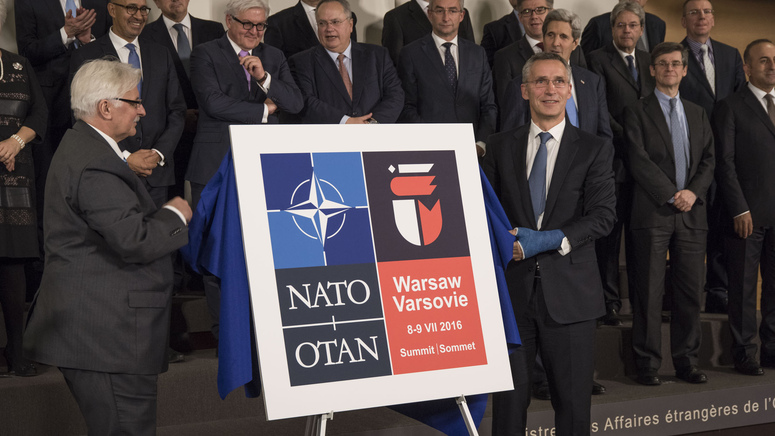 On July 8-9, 2016, Poland hosted a NATO summit in Warsaw. 28 NATO member and 12 non-member countries attended the summit. The topics discussed during the Summit in Warsaw consisted of wide-ranging global issues that particularly focused on relations with Russia and security in Afghanistan, Iraq, and Eastern Europe. Topics such as ensuring stability beyond NATO borders, counterterrorism, and expanding defense arrangements were also on the Summit’s agenda. Countries of the Caucasus, which Russia considers to be within its domain of influence, also took part in the Summit.

Azerbaijan has improved its standing within NATO in the past 20 years through its provision of military aid to NATO missions ranging from Afghanistan to Kosovo. Within the framework of NATO’s objective to address emerging global threats, Azerbaijan has become a strategically important partner. Amanda Paul, an analyst at the European Policy Center, in a statement to the Trend News Agency, indicated that NATO acknowledges Azerbaijan’s contribution to counterterrorism and other contemporary threats. The reasons for Armenia’s presence in the Warsaw Summit (within the framework of its contribution to NATO’s Resolute Support Mission in Afghanistan) remains ambiguous in contrast to Azerbaijan. As known, apart from Armenia being a political ally of Russia, it is also a member of the Collective Security Treaty Organization (CSTO) that was formed under the leadership of Russia. In this context, Armenia’s attendance to a NATO summit remains incoherent with NATO’s principles.

According to the Azerbaijani journalist Elmira Tariverdiyeva,[1] the reason for Serzh Sargsyan’s attendance to the summit in Warsaw lies in his aspiration to utilize Armenia’s closeness to NATO as leverage for strengthening its hand in bilateral negotiations with Russia. However, considering Sargsyan’s speech made during the Summit, there seems to be other reasons for his presence in Warsaw.[2] In his speech, Sargsyan held that NATO is not an appropriate platform for resolving the Karabakh dispute and highlighted the importance of adhering to the treaties of Vienna and St. Petersburg.[3] Hence, Sarkisyan indirectly defended that Russia, one of the co-chairs of the Minsk Group, should not remain distant from this process.

Attending the Summit, the President of Azerbaijan Ilham Aliyev and the Minister of Foreign Affairs of Azerbaijan Elmar Memmedyarov met and exchanged ideas on resolving the Karabakh dispute with the co-chairs of the OSCE Minsk Group -Igor Popov of Russia, Pierre Andrieu of France, and James B. Warlick of the US- and the Personal Representative of the Chairperson-in-Office on the conflict dealt with by the OSCE Minsk Conference, Andrzej Kasprzyk. In this regard, another reason for Armenia’s presence in the NATO Summit was to prevent Azerbaijan from becoming the sole voice in the international arena. Within this framework, Sargsyan conducted a bilateral meeting with the United States Secretary of State, John Kerry. In this meeting, both sides emphasized the importance of the St. Petersburg and Vienna treaties in preventing an incident resembling the “Four Day War” that had taken place in April from reoccurring.[4]

[3] Gulshan Pashayeva, “Russia’s Karabakh Mediation Efforts Show Early Hints of Promise”, The James Town, http://www.jamestown.org/programs/edm/single/?tx_ttnews%5BbackPid%5D=27&tx_ttnews%5Btt_news%5D=45603#.V4VBQfmLS00 ; “Statement by President Sergsyan at the meeting of the heads of state and goverment of the NATO member and non-member States dedicated to The Resolute Support Mission In Afghanistan”, President Of The Republic Of Armenia, http://www.president.am/en/statements-and-messages/item/2016/07/09/President-Serzh-Sargsyan-speech-at-NATO-summit-in-Poland/