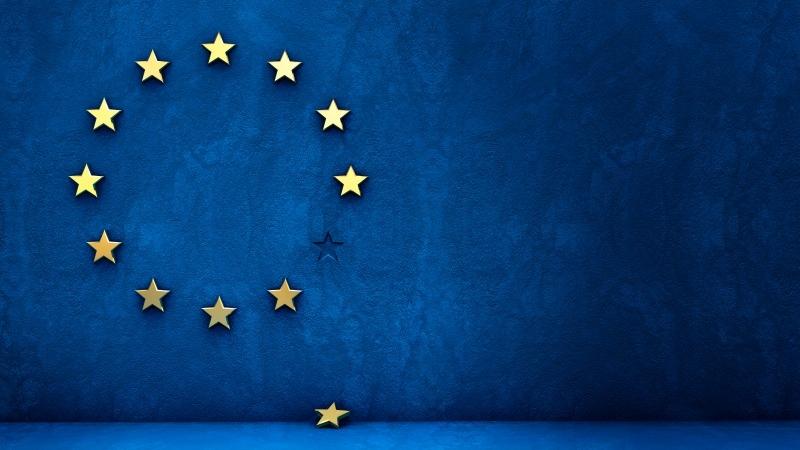 The Conservative Party led by Boris Johnson became the first party and won the majority needed to form a government at the early general elections in the United Kingdom (UK) on December 12, 2019. This success has been the biggest election success since 1987 for the Conservative Party.[1] But this was not the only event of historical importance. Another one was that the Labor Party, led by Jeremy Corbyn, has got the biggest defeat in the elections since 1935. We congratulate Boris Johnson on his victory in the UK elections.

Looking closer to the results of the early elections in the UK, they can be considered as a new vote of approval, for Brexit as agreed by all foreign observers. The British people are determined to support Brexit. If the UK is so determined to leave the European Union (EU), there is a question for the EU to ask itself; “Where did we do wrong so that the UK is led to leave the Union?” It is up to the EU to discuss this issue. At this point, we at the Center for Eurasian Studies, pondering on the causes of Brexit see it worth of dwelling on the mistakes made by the EU against Turkey.

As similar anti-EU opinions within the EU continue to grow rapidly like those in the UK, the unfair treatment Turkey receives from the EU brings to mind the fact that may be it is time for a review of the Turkey – EU relations. At first sight, some of the wrong and obstructive approaches could be recalled as examples of EU’s faulty attitude towards Turkey:

The EU accession of the Greek Cypriot Administration of Southern Cyprus in 2004 representing the whole island was realized disregarding Turkey’s sensitivities and at the expense of violating the principles of the EU itself. For the first time, the EU has explicitly violated a rule that it has set itself by taking in a state involved in an international dispute.

The one-sided and historically distorted Armenian allegations do not only represent a stumbling bloc for Turkey regarding EU accession, but it is also an important foreign policy issue on a global scale. The Armenian issue needs to be well evaluated and discussed in historical, legal, political, cultural, economic and psychological terms by authorized and expert researchers. Despite Turkey's strong thesis, untrue allegations of the Armenian diaspora, which have been continuing for many years, occupy the agenda of Western public opinion. As one side of this issue, Turkey should be given the chance to express herself in a fair manner. Instead of taking at face value the non-scientific and non-rational approaches of pseudo-scientists who falsify historical documents, international organizations are expected to provide a fair platform for fair discussions. Turkey puts forth the realities from legal, historical and political perspectives. However, even Turkey’s impartial suggestions like the establishment of a historical commission do not find an echo. Although it has always been stated that ‘justice’ is one of the most important pillars of the European Union, the EU’s negative approach towards Turkey, while considering the events of 1915 are far from being just. In the shadow of the ungrounded claims, the EU who does not even mention the fact that statement of “there is no Armenian genocide” constituting a crime in France, thereby demonstrates its flawed mentality of justice.

In this area, the final decision of the Grand Chamber, the highest chamber of the European Court of Human Rights (ECHR), in 2015 on the Perinçek v. Switzerland case was an important development. With the majority of the votes (7 votes to 10 votes), the Grand Chamber stated that Switzerland had violated Article 10 of the European Convention on Human Rights (ECHR) on freedom of expression. Therefore, the Grand Chamber decided that Doğu Perinçek’s right to freedom of expression, will not be restricted who said "there is no Armenian genocide"[6].

On November 24, 2016, the European Parliament adopted a decision to temporarily halt already-frozen EU negotiations[7]. After the suspension of the full membership negotiations by the EU, EU stated that opening of the negotiations on updating of Customs Union on 26 June 2018 was not foreseen[8]. In July 2019, Foreign Minister Mevlüt Çavuşoğlu stated that it was agreed that the Readmission Agreement and visa liberalization could enter into force simultaneously. According to the Readmission Agreement, Turkey would take back the refugees that have previously passed through her territory on the way to the EU countries while the EU pledging to make financial aid to Turkey and bringing about Turkey's EU visa liberalization. However, the EU did not keep its promise, and therefore the Readmission Agreement was suspended[9].

Despite all the above negative developments, the European Union (EU) Commissioner for Migration, Internal Affairs and Citizenship, Dimitris Avramopuolos, expressed that EU without Turkey cannot be contemplated. He emphasized that the issues above are very important. He stated that it is understandable that Turkey’s authorities are criticizing the non-realization of the visa liberalization, and that this is a legitimate criticism[10].

As the accession negotiations process has received so many blows, we see that there are attempts to geographically detract Turkey from the EU and even from the Balkans. The most obvious example of these attempts is the frequent usage of the term “Western Balkans”. The expression “Western Balkans” is wrong in itself. Turkey is a part of the Balkans, it belongs to the Balkan geography. The term "Western Balkans", which is another form of expression discovered to prevent Turkey’s EU accession, is being frequently used by EU authorities especially after the EU membership of Greece (1981), Bulgaria and Romania. As Center for Eurasian Studies, we believe that "Western Balkans” is the expression used to distance Turkey from the Balkans and even from Europe. This observation is not unfounded. Indeed, in the EU report dated May 29, 2019 titled "Reforms in the Western Balkans and Turkey: Annual Assessments and Recommendations ", Foreign Affairs and Security Policy Specialist High Representative / Commission Vice-President Federica Mogherini expressed that "Western Balkans" means Europe. According to Mogherini, for a stronger EU in the future, the “Western Balkan countries” will be part of the EU.[11] In other words, the expression in the current report means; "After the EU accession of Greece in 1981, the remaining Balkan countries (other than Slovenia, Croatia, former Yugoslavia, Albania, Romania and Bulgaria), that is solely, Turkey is “Eastern Balkan". “Therefore, when one says "Western Balkans", Turkey should not come to mind.” However, Turkey is an integral part of the Balkans and Europe. Geographical facts cannot be reffered selectively on whether they suit the European Union or not.

When we continue to assess regions in terms of geography, Turkey, although not violating international agreements in the Eastern Mediterranean at all, is being accused of acting in an unlawful manner. EU should remember that the countries of the region should make agreements with the neighboring countries in order to declare an Exclusive Economic Zone (EEZ) in accordance with international law. In this vein, Turkey and Libya signed an agreement on the delimitation of their areas of maritime jurisdiction. This is how it should be conducted. It is not right to say that the agreement is illegal. The EU uses the term “invalid” for the maritime border agreement between Turkey and Libya[12]. Moreover, it should be recalled that the EU does not have a say in the determination of maritime jurisdiction areas in the Mediterranean. As a matter of fact, the EU kept silent while the Greek Cypriot Administration of Southern Cyprus gave research and drilling permits to multinational companies and some non-regional countries, as if it could represent the whole island. It is obvious that the EU is not impartial and not consistent in interpreting international law[13].

The EU acted far-sighted enough to launch a strategic relationship with Turkey with the 1963 Ankara Agreement. Now, the EU does not attribute any role to Turkey more than being a buffer zone in the conflict in the Middle East. Furthermore, in Security Strategy document of EU, the people who seek refuge in Turkey are evaluated as a "problem". However, according to most security experts, rather than excluding Turkey, as a NATO member, it is imperative that Turkey should be seen as a country that can contribute to EU security and defense policy[14].

When considering all these obstacles in Turkey’s EU accession it regrettable to say that the EU is not faithful to its commitments. In the light of the above, the Turkish public does not find it surprising that there are breakaways from a Union that is not consistent in itself, that encapsulates itself within walls, and finally discriminates within Europe.

[11] “Reforms in the Western Balkans and Turkey: annual assessments and recommendations”, European Neighbourhood Policy And Enlargement Negotiations, 29 May 2019, https://ec.europa.eu/neighbourhood-enlargement/news_corner/news/reforms-western-balkans-and-turkey-annual-assessments-and-recommendations_en

[13] “QA-76, 13 December 2019, Statement of the Spokesperson of Ministry of the Foreign Affairs, Mr. Hami Aksoy, in Response to a Question Regarding Statements Made by European Council on Turkey”, mfa.gov.tr, 13 December 2019, http://www.mfa.gov.tr/sc_-76_-avrupa-birligi-konseyi-nin-ulkemizle-ilgili-ifadeleri-hk-sc.en.mfa