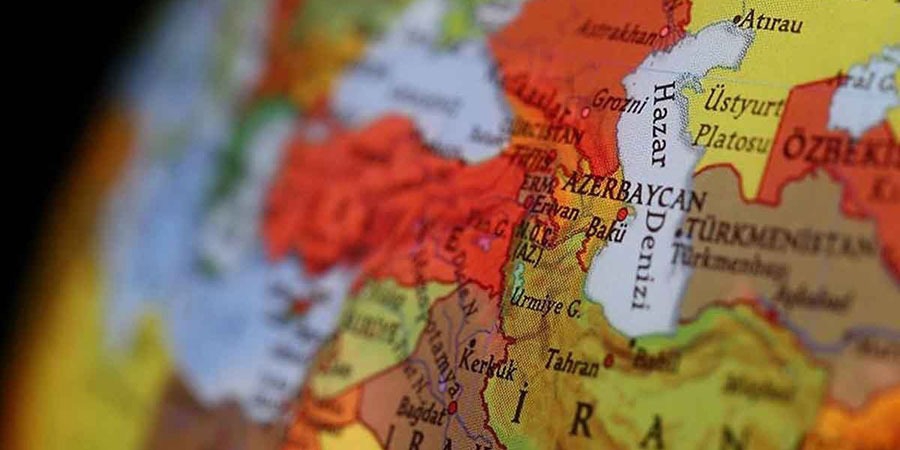 On January 21, 2021, Azerbaijan and Turkmenistan signed a memorandum of understanding on joint exploration and development of hydrocarbon resources of the Dostluk Field in the Caspian Sea. The ownership rights over this field, which was previously called Kapaz by Azerbaijan and Serdar by Turkmenistan, has been subject to controversy since the 1990s. The presidents of the two countries declared that this memorandum will enable a new stage in energy cooperation. It is thought that this cooperation will create opportunities for the realization of the trans-Caspian natural gas pipeline project and for the Caspian littoral states to realize their economic potential. The importance of partnership in the field of energy and, transportation and infrastructure projects was also noted in the Turkey-Azerbaijan-Turkmenistan Trilateral Foreign Ministers' meeting held on February 23 in Ankara. The importance of the Dostluk Agreement does not only stem from to the resources to be obtained from the production in this field, but also from the construction of the infrastructure necessary to get the oil and gas produced in the field to export markets and the possibility of opening Turkmenistan's massive gas reserves to the European market.[1]

Turkmenistan has the fourth-largest natural gas reserves in the world after Russia, Iran, and Qatar.[2] Natural gas, petroleum gas and other gaseous hydrocarbon products account for more than 80% of Turkmenistan's export revenue.[3] According to Trademap data for 2019, in the export of Turkmenistan, it is seen that the buyer of almost all the products in this category is China. As we mentioned in a previous article, Russia had been an important buyer of Turkmen natural gas since 1991 and had re-exported the Turkmen natural gas, which it bought cheaply, to Europe. The explosion in the natural gas pipeline carrying Turkmen gas to Russia in 2009, the Russia-Ukraine gas dispute, and the decrease in gas supply to Western European countries caused Russia to stop importing gas from Turkmenistan in 2009. Russia resumed gas imports from Turkmenistan in 2010, but Turkmenistan's gas exports to Russia fell to zero in 2016 due to price disputes.[4] Although it was decided to resume natural gas trade between Turkmenistan and Russia in 2019, the volume has been rather low.[5]

China's dominant role in the Central Asian energy market started in 2009 with the commissioning of the Central Asia-China Natural Gas Pipeline, which started in Turkmenistan and reached China after Uzbekistan and Kazakhstan. The second line in the Central Asia-China natural gas pipeline was completed as of 2011, and the third line, with its supporting facilities, was completed at the end of 2015, leading to an increase of Turkmen gas exports to China.[6] However, in 2020, Turkmenistan also was affected by the drop in oil and gas prices due to the COVID-19 outbreak [7] and the risks of China's dominance in Turkmenistan's foreign trade emerged. In March 2020, China National Petroleum Corp. issued a force majeure note, stating that it would not be able to fulfill his contractual obligations due to COVID.[8] A 30% decrease occurred in Turkmenistan's exports as result of the restriction of China's natural gas imports from Turkmenistan.[9] Besides this,  China declared the aim to increase the share of non-fossil fuels to 20 percent by 2025 in its 14th Five-Year Plan. Although China declared that she will primarily reduce the use of coal and crude oil, it has signaled that natural gas trade may decrease in the future as well. In addition, this plan raised fears that China might lose interest in the construction of the Central Asia-China Natural Gas D4 Line, which was agreed in 2013.[10]

Turkmenistan also turned to other projects to find an alternative to its limited gas export options. The foundations of the Trans-Afghan Pipeline (TAPI) were laid in 2015 with the aim of exporting Turkmen gas to South Asia through this line. However, no significant progress has been made due to transit fare disputes, shortages of financial resources, and concerns over energy security.

The construction of a trans-Caspian natural gas pipeline has been on the agenda since the 90s. The aim has been to deliver gas supply (with a pipeline to be laid under the Caspian Sea) to Azerbaijan and to Europe through Turkey. However, the fact that the legal status of the Caspian Sea had not been determined was a fundamental obstacle to the trans-Caspian energy cooperation. With the acceptance of the legal status of the Caspian Sea in August 2018, an important step was taken, and some problems among the Caspian littoral states were resolved. The Caspian was defined as a closed sea with a special status; it was agreed upon that there should 15 nautical miles of jurisdiction on the sea surface and 10 nautical miles of fishing grounds, and it was decided that non-Caspian littoral states or actors should not be allowed to have an armed presence in the Caspian Sea. It was acknowledged that laying telecommunication cables or gas pipelines on the seabed of the Caspian Sea would not require approval from all of the littoral states, but would rather be determined by agreement with the Party the seabed sector of which is to be crossed by the cable or pipeline.[11]

The fact that Russia and Iran indicated that they could oppose a possible trans-Caspian pipeline project, citing environmental concerns, constituted another obstacle for this project. However, it is thought that Russia will withdraw its environmental claims in the Caspian Sea due to the construction of the gas pipeline "North Stream" that extends over the Baltic Sea to Europe.

The “Southern Gas Corridor", supported by the European Union to provide an alternative to Russian gas, was constructed with the aim of getting the natural gas produced in Azerbaijan's Shah Deniz field to Turkey and then to Europe. The Trans Adriatic Pipeline, which is a part of the Southern Gas Corridor, started supplying Azerbaijani gas to Greece, Bulgaria, and Italy as of December 31, 2020. All these developments and the cooperation in the Dostluk Field have revived the idea of connecting the trans-Caspian natural gas pipeline to the Trans Anatolian Gas Pipeline (TANAP), which is part of the Southern Gas Corridor. It is stated that a trans-Caspian gas pipeline may also include a connection between Tengiz Natural Gas Field in Kazakhstan and Turkmenbashi.[12]

The Middle Corridor Initiative, which Turkey is part of, constitutes the transportation side of the east-west connection; it connects Turkey to the Caucasus region, crosses the Caspian Sea, traverses Central Asia and reaches China. The new link corridor which will connect Turkey to Azerbaijan strengthens this initiative. In line with these developments, we can say that the Middle Corridor Initiative -through new transportation link- will support the energy security of the Southern Gas Corridor and create opportunities for the east-west connection over the Caspian Sea.