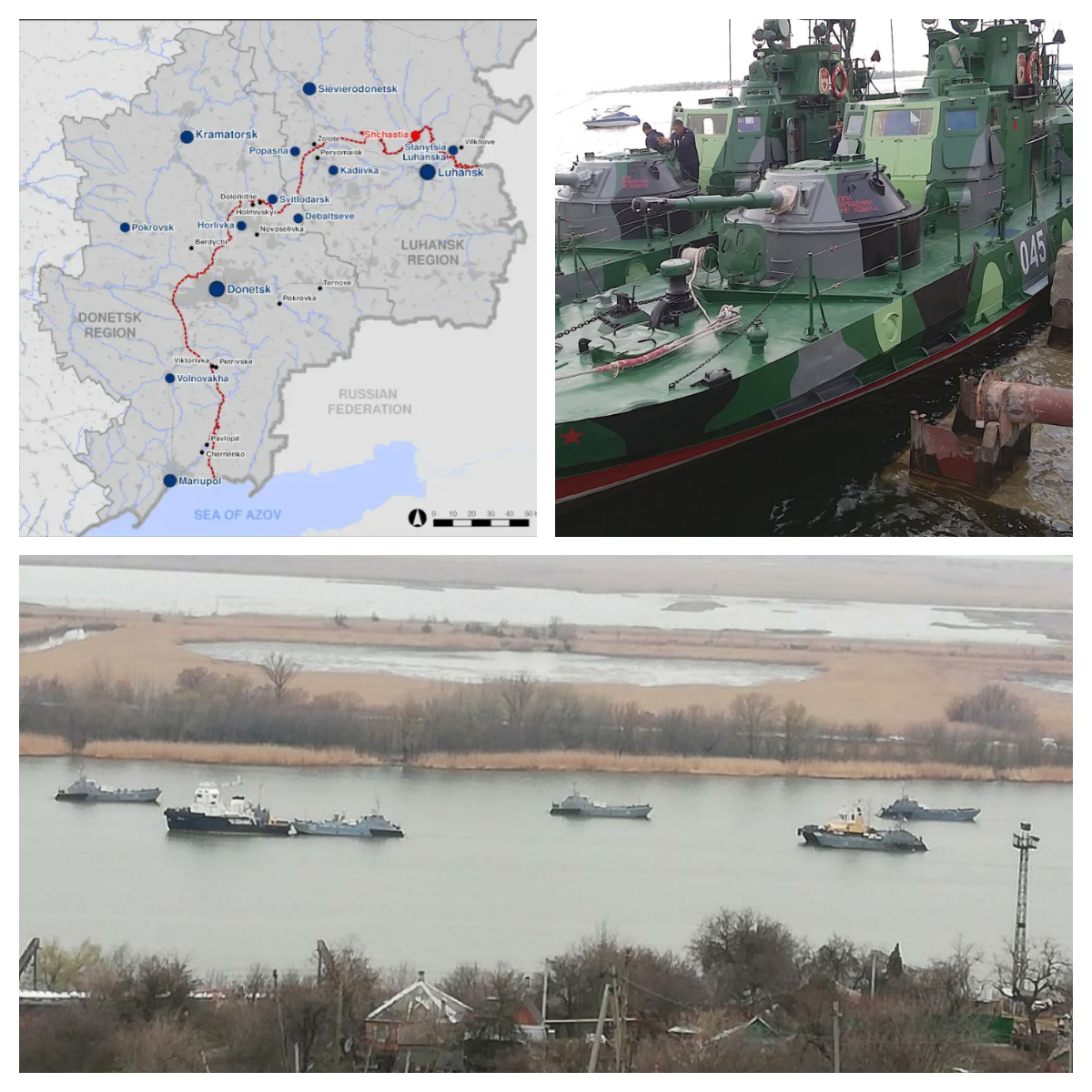 At a time when the tension between Ukraine and Russia has increased and news reports about Russian military build-up along the Ukrainian border is making headlines, a recently published statement (8 April) by the Russian Defence Ministry Southern Military District on 8 April 2021 has attracted attention.[1] According to the statement, Russia has moved 10 navy vessels from its Caspian Flotilla to the Black Sea Fleet that is responsible for the Black Sea, the Sea of Azov, and the Mediterranean Sea to take part in the mass military drills.[2] It is understood from the statement that navy vessels are comprised of landing crafts and artillery boats (schmel class gunboats) that departed from their Caspian base in the city of Makhachkala [Mahaçkale in Dağıstan]. It is mentioned in the statement that before leaving the base, the crews of the navy vessels completed the full cycle of basic training and courses regarding the tasks at sea. In preparation for the passage to the Black Sea, the boat commanders, watch officers and crew, for navigational safety, also completed trainings on the passage of narrow sections of the canals and flowing zones. It is stated that drills will focus on testing the "readiness to repel sea and airborne assault forces."[3]

How does Russia transfer naval vessels from the Caspian Sea to the Black Sea?

At the European side of its territory, Russia has a well-organized unified deep water inland waterway network. This network links the White Sea, the Baltic Sea, the Volga, the Caspian Sea, and the Sea of Azov to the Black Sea. According to knowledgeable sources, the depth throughout the network is not less than 4.5 meters, allowing passage through it not only by river vessels and river-sea class but by many sea-going vessels, warships, and even nuclear submarines (while on the surface).[4]

As longest river in Europe, the Volga River can be considered as the backbone of this network. It flows from Central Russia to Southern Russia and the Caspian Sea. Another important river is the Don, Europe's fifth longest river, which flows from Central Russia into the Sea of Azov in Southern Russia. The Ottoman Turks were the first in history to attempt to connect the Volga and Don rivers via a canal back in 1569 to unite the Black Sea and the Caspian.[5] According to most historians, the Ottomans managed to dig one-third of the canal. After several attempts to build such a canal in the following centuries, the Volga-Don canal opened in 1952 and the two seas were connected through which Russian vessels obtained the ability to navigate from Caspian Sea up to the Volga River, then through the canal cross the Don River and reach the Sea of Azov and the Black Sea. By effectively using these waterways, Russia, as in the latest case, can reinforce its Black Sea Navy at any time with gunboats and landing crafts from its Caspian Flotilla and vice a versa.

The Danube is Europe's second-longest river after the Volga, flowing through much of Central and Southeastern Europe, from the Black Forest into the Black Sea. After Russia's annexation of Crimea in 2014, in the context of efforts to strengthen NATO's presence in the Black Sea, some "creative" ideas were brought to the agenda in addition to sending NATO military vessels through the Turkish Straits to the Black Sea within the framework of the 1936 Montreux Straits Convention. The Montreux Convention Regarding the Regime of the Straits,  as is well known  gives Turkey control over the Turkish Straits of the Bosporus and Dardanelles and regulates the transit of military vessels. The Convention guarantees the free passage of civilian vessels in peacetime, restricts the passage of military vessels not belonging to the Black Sea states and permits these military vessels to stay in the Black Sea for no longer than twenty-one days. In this context, as noted earlier, “creative ideas” for circumventing these restrictions were brought to fore. The use of the Danube for military purposes was one of them. The “German option” was suggested within this context.[6]

According to this option, Article 30 of the 1948 Convention Regarding the Regime of Navigation on the Danube gives permission only to Danubian countries to operate military vessels in the Danube River. However, if a Danubian country wants to enter a stretch of the Danube River falling outside its territorial jurisdiction, then it must first get the permission of the relevant Danubian state.  The only Danubian country that is not the Black Sea coastal state, but still has a navy, is Germany. Therefore, if Romania invites Germany into its section of the Danube River, according to this option, “it would allow the German Navy [to] reset the clock on the 21-day limit” stipulated by the Montreux Convention. It is mentioned in this regard that Germany sent just one ship — a 3,500-ton Elbe-class tender (support ship) — into the Black Sea for a total of 18 days in 2019.

The terminology used in these "creative ideas" to boost the NATO presence in the Black Sea is "to get around these restrictions", which means the restrictions stipulated by the Montreux Convention. It is possible to say that this terminology is disturbing and is meant to circumvent the legally binding agreements by going through the back door. If one wants to circumvent the Montreux Convention with these creative ideas, much more severe consequences may be encountered instead of the expected benefits. For example, by bringing a gunboat to the Black Sea in this way, it can be encountered with ten times more gunboat power.

Although it has been 86 years since the Montreux Convention was signed in 1936, the Convention has maintained its validity and importance throughout those years. It continues to serve as the security valve for regional and global security.[7] To preserve stability and security in the Black Sea, it is important that the provisions of this convention are meticulously preserved in the upcoming period. Turkey has the capability and the means to keep the security and stability in balance in the region. Trying to upset this balance with “creative” backdoor tactics will not benefit stability and security, neither in the Black Sea region nor in Europe.

*Photo: The Drive and South Front