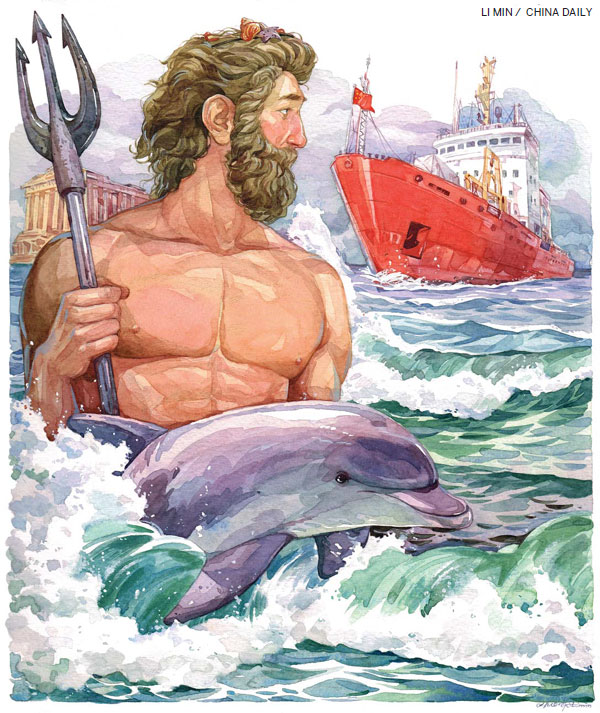 In July 2018, EU Commissioner of Austria Johannes Hahn, who has served as European Commissioner for European Neighborhood Policy and Enlargement Negotiations, told Politico's EU Confidential podcast that China's "combination of capitalism and a political dictatorship" could appeal to some leaders in the region on the continent's southeastern flank and warned that “Beijing could turn countries in the region into Trojan horses that would one day be European Union members.” Hahn cited the example of a highway in Montenegro being built and financed by China that appeared to be so expensive that Montenegro had to cut down on its social security system in order to pay its debt to China[1]. Commissioner Hahn’s blunt remarks targeted not only Montenegro but also Serbia since she has been attracting an increasing amount of Chinese investment, which reached around $6 billion by the end of 2017[2]. According to Chinese academic sources, “The Chinese government has actively promoted the Belt and Road Initiative in the Balkans, with the purpose of building a land-sea express passage way linking the Piraeus port and Budapest in order to speed-up transportation between China and Europe. Therefore, Serbia is an important destination of Chinese investment[3]”.

What was said by Commissioner Hahn regarding Chinese investments in the Balkans fits more to Greece, an EU member Balkan country, rather than EU candidate countries in the Balkan region.

Greece is the prime economic/political foothold for China in Europe

Major European media outlets described the recent three-day visit to Greece on 10 November by China’s President Xi Jinping as “landmark” and stated that the visit “has cemented what both countries are calling a “new era” in bilateral ties amid western concern over Beijing’s growing global assertiveness[4]. It is mentioned in this context that the visit of Chinese President came “barely a week after the Greek Prime Minister, Kyriakos Mitsotakis, returned from Shanghai where the Chinese president raised the prospect of Greece becoming ‘a logistics center’ for the trans-shipment of western-bound Chinese goods.”

Chinese President rightfully labels Greece as a “logistic center” for China’s exports to the West. In an exclusive article published in prominent Greek daily Kathimerini before his visit to Greece, Xi stated that “it is our duty to upgrade our current cooperation in all sectors”. He stressed the importance of expansion of existing Chinese investments in Greece, called for deeper cooperation in the context of Beijing’s One Belt One Road initiative that envisages the plan for a modern Silk Road of railways, ports and other facilities linking East Asia with Europe, highlighted Greece’s favorable geographical location and her particular advantages in the shipping sector. In this context, Chinese President, hinting the intention of this investment, nameed the major Chinese investment at the port of Piraeus in Greece as China’s “the dragon’s head[5]”. He mentioned “potent and auspicious power” of China meeting with warm waters of Mediterranean thanks to Greece.

Greece has sold its biggest port Piraeus to the state-controlled China Ocean Shipping Company (COSCO). According to a Reuters’ recent news item, COSCO won a 35-year concession to upgrade and run container cargo piers in Piraeus and bought a majority 51% stake in Piraeus port in 2016. The deal started during the term of previous Greek Prime Minister Alexis Tsipras and during the last visit of Chinese President to Greece, China and Greece agreed to push ahead with a 600 million euros investment by COSCO. The agreement in that respect is a part of 16 trade deals signed between Greece and China during the visit by Chinese President Xi Jinping[6].

It is said that with this new investment, Chinese investments in Greece will approach to 2.5 billion Euros. The reports also claim that a decade later, an estimated 10% of Chinese exports to Europe will to move through Piraeus, making it a direct competitor to continental ports further north such as Hamburg and Rotterdam. The project aims at accelerating Piraeus’ role as a hub for Chinese containers that can now save millions in shipping costs travelling from Asia to Europe via the Suez Canal.

Greek Prime Minister Mitsotakis, who visited the COSCO piers with Chinese President Xi, said that the two seafaring nations were united in wanting to make Piraeus “not only the largest port in the Mediterranean but in Europe.”

Are the EU and the US happy with the existence of the “dragon head” in the Eastern Mediterranean?

The EU has been long warning its members regarding relations with China. In that regard, the European Commission made a press release in March 2019, drew attention to “the China's growing economic power and political influence” and proposed certain actions[7]. The US Secretary of State, Mike Pompeo, warned NATO ally Greece during a trip to Athens in October against accepting Chinese deals that look “too good to be true”. In a keynote speech, he accused China of “using economic means to coerce countries into lopsided deals that benefit Beijing and leave its clients mired in debt”[8].

Greece, among EU members which most prominently turns a deaf ear to such calls. This attitude is true for both the previous left-wing and current center-right Greek governments. In June 2016, shortly after the Piraeus port sale, Greece blocked a joint EU statement calling on China to respect the International Law of the Sea. This move by Greece came immediately after China had just lost an arbitration brought by the Philippines to the International Court of Justice at The Hague over fishing rights in the Spratly Islands in the South China Sea. A year later, Greece, at the UN Human Rights Council in Geneva, blocked an EU statement calling on China to respect freedom of speech. Due to Greece, it was the first time the EU failed to make its unanimous annual statement[9].

According to international news sources, then-Greek Foreign Minister Nikos Kotzias said in response to criticism against Greece that “I respect that the Chinese have a different opinion on human rights… Are human rights as the West perceives them generally applicable? Or do some people have a different understanding? One has to respect that. We believe that they are generally applicable. But not everyone believes what we believe." In view of the obsession of some Greek politicians regarding Turkey especially on human rights issues and on international maritime law, these remarks represent a sheer hypocrisy.

Greece has provided a strategic economic base in the Eastern Mediterranean to China, the number one rival of the US at the global level. Thanks to Greece, China has succeeded in taking the dragon’s head to the Eastern Mediterranean. This move will affect also the EU and especially its economically leading countries like Germany. The actions of the EU and the US against this Greek policy are empty in substance. Such a weak response is perplexing in view of the recent extremely hostile policies pursued against Turkey on every occasion. Even Turkey’s constructive cooperation policies in Eurasia face sharp criticism and sometimes obstruction, grave double standard, as the Greek port of Piraeus has been assigned to the command of China. Considering all these, it should be said that the Trojan horse of China in the Balkans that EU Commissioner Johannes Hahn has been concerned with is in fact already in the EU. Time will tell how long Greece will be continue to represent China’s interest before facing a backlash from its Western partners and allies.