THE TERRITORIAL DISPUTE BETWEEN AZERBAIJAN AND ARMENIA BEFORE THE ECHR
Commentary No : 2014 / 28
Mehmet Oğuzhan TULUN
11.02.2014
13 min read 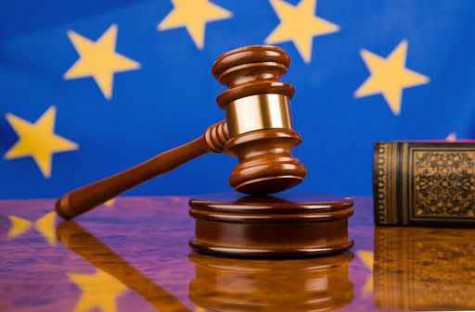 A group of Azerbaijanis were forced to leave their homes during the war that broke out in Karabakh in 1992. Despite the end of clashes and the time that has passed since then, the Azerbaijanis have still not been able to return to their homes which they left behind. They have sued Armenia to the European Court of Human Rights on the grounds that they are being prevented from returning back to their homes and properties.

Based on the information given by ECHR, the historical context and details of the case are as follows:

Until the dissolution of the Union of Soviet Socialist Republics, Nagorno-Karabakh was known as the Nagorno-Karabakh Autonomous Oblast (NKAO) and was an autonomous province of the Azerbaijan Soviet Socialist Republic. Based on data from 1989, 75% of the population was ethnic Armenian while 25% was ethnic Azerbaijani. The troubles in Nagorno-Karabakh began in 1988 when Armenia demanded that the region be incorporated into Armenia. In the same year that Armenia made its demand, ethnically based clashes began to occur in the region. In 1991, the region's ethnic Armenians’ NKAO Regional Council declared the establishment of the “Nagorno-Karabakh Republic”. In 1992, this Nagorno-Karabakh Republic declared its independence from Azerbaijan. From this point onward the clashes escalated into a full-scale war. By 1993, ethnic Armenian forces had managed to capture nearly all of the territory of the former NKAO and also the surrounding seven Azerbaijani regions. The fighting created hundreds of thousands of displaced people and refugees for both sides (it can be seen that the Court has not made an objective analysis and has not taken into account the disparity between the two sides on this point; since while there were Armenians who were displaced, there were more than a million people from Azerbaijan's side who were displaced, forced to migrate, and who were subjected to massacres). In 1994, a cease-fire that is still in effect was signed between the two sides. Efforts at attaining a peaceful resolution to the issue are being carried out under the auspices of the Organization for Security and Co-operation in Europe. However, no final solution to the issue has so far been reached. No state or international organization has so far recognized the Nagorno-Karabakh Republic that has proclaimed its independence.

Identifying themselves as Azerbaijani Kurds, the Azerbaijan nationals Elkhan Chiragov, Adishirin Chiragov, Ramiz Gebrayilov, Akif Hasanof, Fekhreddin Pashayev, and Qaraca Gabrayilov (due to his passing away, he is being represented by his son) were forced in 1992 to flee from their homes in Lachin due to the fighting between the Azerbaijani and Armenians sides of Nagorno-Karabakh. It has been indicated that during wartime Lachin was in Azerbaijani territory and that the majority of the population was Azerbaijani.

The plaintiffs have indicated that they have been prevented by the Armenian government from returning to their homes ever since they fled the region, that they have been unable to use their homes and properties in any manner, and that have been unable to carry out any legal processes regarding their property. They have also stated that the Armenian government has not paid any kind of compensation for their losses, and that it has not sought to alleviate in any way the troubles of the displaced people. Lastly, the plaintiffs have indicated that had they been Armenian and Christian; the Armenia-backed Karabakh Armenian forces would not have forcefully displaced them, that their rights to property would have been recognized, and that their complaints would been investigated.

The plaintiffs have thus sued Armenia on the violation of the Article 1 of Protocol No. 1 (protection of property), of Articles 8 (right to respect for home and private and family life), of Article 13 (right to an effective remedy) and of Article 14 (prohibition of discrimination).

Chiragov and others made their application the ECHR in 2005.  In 2010, the Chamber to which the case was assigned relinquished jurisdiction in favor of the Grand Chamber.  During this time, the Azerbaijani government intervened as a third party. The Court with its December 2011 decision deemed the application of Chiragov and others to be admissible. The first hearing of the case was held in the January 22nd of this year.

The important evaluations of and decisions taken by the Court so far are as follows:

The “Chiragov and Others v. Armenia” case also has similarities with the “Loizidou v. Turkey” case, since both cases are about similar issues. It is for this reason that ECHR has made references to the Loizidou v. Turkey throughout its analysis of the Chiragov and Others v. Armenia case. During Turkey's 1974 intervention to Cyprus, Greek Cypriot Titina Loizidou was forced to abandon her plot of land in Kyrenia. Ms. Loizidou attempted to return back to her plot of land afterward, but claimed that she was prevented from doing so by Turkish soldiers and thus carried the issue to the ECHR. Just like Chiragov and others, Ms. Loizidou sued Turkey by claiming that she was unable to use her property as she saw fit. In its judgment taken against Turkey, the Court ordered Turkey to pay compensation.

This compensation was not defined as payment for the plot of land that was seized (since the Court deemed that the land still belonged to Ms. Loizidou), but was instead defined as a legal sanction levied on Turkey for preventing the use of the plot of land. Turkey initially refused to pay the compensation due to the Cyprus issue still not being resolved, and indicated that this judgment would hamper the Cyprus peace process. Due to the intermittent admonitions made by the Court, however, Turkey eventually decided to pay the compensation.

Besides the judgment of compensation payment, there were other judgments made in the Loizidou v. Turkey case that are connected to the Chiragov and Others v. Armenia case. Turkey's objection that it could not be sued due to it having no jurisdiction in Cyprus was rejected. The Turkish Armed Forces' noticeable presence in the island was deemed to be the proof of Turkey's active capacity to exert jurisdiction. In other words, the Court held Turkey responsible of the prevention of Ms. Loizidou from returning to her plot of land.

The Court rejected Turkey's claim that Ms. Loizidou lost ownership of the plot of land due to its seizure by the Turkish Republic of Northern Cyprus (TRNC). The Court indicated that TRNC was recognized by no state or international organization besides Turkey, and that it therefore considered TRNC'S actions to be invalid. In this way, the Court deemed that Ms. Loizidou had never lost the ownership of the plot of land.

The Court, however, rejected Ms. Loizidou's claim that Turkey violated Article 8 (right to respect for one's private and family life, and ones' home), because it indicated that Ms. Loizidou's had never lived on her plot of land and also that no house was built on it.

Loizidou v. Turkey case set a precedent for cases with similar topics. Based on the ruling of this case, similar cases were filed against Turkey with regards to the Cyprus issue, and Turkey was again sentenced to pay compensation.

Another important development regarding the Chiragov and Others v. Armenia case is that there is another case with nearly identical content, save for the fact that this time the case has been filed against Azerbaijan. The “Sargsyan v. Azerbaijan” case was filed in 2006 by the ethnic Armenian and Armenia national Minas Sargsyan (due to his passing away, he is being represented by his children). Mr. Sargsyan claimed that while living with his family in their home in Gulistan (Shahumyan region) during the 1992 war, his home was destroyed by Azerbaijani forces and that he was forced to flee the region. Even though the Shahumyan region had been outside the borders of NKAO, the Nagorno-Karabakh Armenians made claims on it as well. For this reason, there was heavy fighting in the region between Armenian and Azerbaijani forces, but in the end most the region remained under the control of Azerbaijan. Claiming he had been prevented by Azerbaijan since that time from returning to his home, Mr. Sargsyan took the matter to the Court. In his application to the Court, Mr. Sargsyan also complained about being prevented from visiting the graves of his family members and the vandalism of Armenian graves in the region. Meanwhile the Armenian government has intervened to the case as a third party.

Examining it simultaneously with the Chiragov and Others v. Armenia case, the ECHR has deemed Mr. Sargysan’s application to be partly permissible. The hearing of the case was heard in February 5th of 2014; soon after the hearing of the Chiragov and Others v. Armenia case. Just like its judgment against Armenia, the Court has rejected Azerbaijan’s objection about the case being in violation of the temporal jurisdiction of the Court. The ECHR has decided to further examine the same topics for both cases; what kind of control and jurisdiction do the defendant states have in the relevant regions, have internal remedies been exhausted before applying to the Court, and are the plaintiffs justified in claiming their victimhood?

The Chiragov and Others v. Armenia case carries great importance for the more than a million people who have been displaced as a result of the Nagorno-Karabakh War. If the case results in a ruling against Armenia, other victims who have been affected by the war will file complaints against Armenia as well, and demand compensation. Furthermore, such a ruling will be a legal blow to both Armenia, and to the Nagorno-Karabakh Republic which claims to be independent. A ruling against Azerbaijan in the Sargsyan v. Azerbaijan case, however, may result in demands for compensation against Azerbaijan as well.