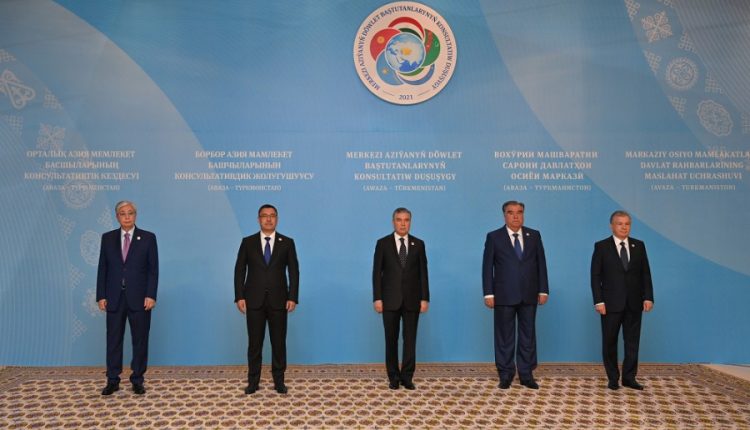 Lately, Afghanistan has become the center of attention as disturbing images began to be circulated in international media following Taliban’s takeover of the control of the country. The dark memories of the Taliban rule in Afghanistan between 1996 and 2001 justifiably intensifies worries about the Taliban Rule 2.0 twenty years later. Meanwhile, political analysts try to explain domestic and international reasons and possible outcomes of the new situation. Likewise, third countries try to formulate policies to prevent possible negative repercussions - or to find ways to make the best out - of the ascendance of Taliban. As such, recent developments in Afghanistan adds many dimensions to the global chess game.

In such an unclear and risky context, Central Asian republics, namely, Kazakhstan, Kyrgyzstan, Tajikistan, Turkmenistan and Uzbekistan, of course, are – and, indeed, should be – among the most alerted ones. The possibility of the spillover of the adverse developments in Afghanistan is a real threat for Central Asia. Despite its positive messages to the world, no one can be sure if Taliban would be a friendly neighbor respecting international law and principles in the mid and long terms. Infiltration of fundamentalist jihadist Islamic ideology and groups into Central Asia is a real threat to social cohesion, peace, and prospects of security and prosperity in this region. This possibility would also result in certain vulnerabilities against the manipulations of third actors.

Given the uncertainty and high risks, each of the five Central Asian republics is obliged to take adequate measures. Certainly, these measures would be much more effective if Central Asian nations coordinate their policies. Therefore, the newly emerging realities in Afghanistan should be another stimulus for these five nations to effectuate not only mechanisms but a culture of regional cooperation for the simple reason that regional cooperation can help to build much more effective bulwarks than single-handed efforts.

Yet, threats are not the only reason that should bring Central Asian republics together. Lately, significant opportunities are within sight for these countries and regional cooperation is an imperative to pick up those opportunities. Put differently, whereas the new realities in Afghanistan is the security related ‘negative’ drive that should direct Central Asian states towards regional cooperation, there are also ‘positive’ incentives that should have the same effect. These positive incentives are the opportunities emanating from the prospects of East-West and South-West economic and transport links connecting the Pacific and the Indian oceans with the Atlantic, which are arguably one of the major issues of the global geopolitics in recent times. It is obvious that realization of these prospects will significantly benefit Central Asia as a region. However, several factors such as the interdependency of the Central Asian countries dictated particularly by the geography, their lack of enough resources to implement huge infrastructure projects by their own, and advantages of acting together as, at least, a quasi-group vis-à-vis other stake holders and big powers call the Central Asian republics to act in unity.

Having spoken of the negative and positive incentives for regional cooperation in Central Asia, the next question might be whether there is any basis upon which mentality and mechanisms of cooperation could be built, which would facilitate united action.  Despite the not so bright record of the Central Asian republics in the last thirty years in this regard, the answer is, fortunately, yes.

The religious, ethnic, cultural and historical connections could be an advantage for the Central Asian quintet. However, relying solely on identity-related factors is a self-deluding approach. In fact, the reason of optimism lays elsewhere.

Following the collapse of the Soviet Union, there have been unsuccessful but continuing initiatives for regional integrity. In 1990s, subsequent mechanisms titled Central Asian Union (1994), Central Asian Economic Cooperation, and Central Asian Cooperation Organization (2002) were established, alas, the latest with the involvement of Russia in 2004. In 2007, Kazakhstan offered a ‘five-nation Central Asian union,’ which, however, came to naught.

Yet, in late-2010s, integrationist perspectives once again revived. In 2017 Uzbekistan’s President Shavkat Mirziyoyev lighted the fire and the next year a “consultation meeting” was held in the Kazakh capital of Nur-Sultan. The second meeting was held in the Uzbek capital of Tashkent in 2019. As a sign of institutionalization, these annual meetings were named “Central Asian Leaders’ Consultation Meeting.” The third meeting in 2020 was planned to take place in Kyrgyzstan. However, due to Covid-19 pandemic this meeting could not be realized. Instead, on 5-6 August 2021, the third meeting was held in Turkmenistan with the participation of the heads of the Central Asian republics. Economy, cooperation in different fields such as industry, transportation, communication, and security have been the main topics in this meeting. A roadmap for the development of regional cooperation for 2022-2024 was also discussed. One of the results of the meeting had been the decision on the preparation of an agreement on “Friendship, Good Neighborly Relations and Cooperation for the Development of Central Asia in the Twenty-first Century” to be signed in 2022.

Besides the Central Asian Leaders’ Consultation Meetings, numerous bilateral or multilateral contacts have been taking place in the last couple of years among Central Asian republics and also with the countries in the affinity of this region. The international conference titled “Central and South Asia: Regional Connectivity. Challenges and Opportunities” that took place in Tashkent on 16 July 2021 with the participation of delegations of forty-four countries and about thirty international organizations and research centers has been a cardinal event.

To wrap up, both threats and opportunities await Central Asian republics. To minimize risks and maximize profits, Central Asian republics need to advance regional cooperation. For that, the Central Asian quintet have already accumulated enough experience through failures. Therefore, we may, at least, hope that they will not repeat the mistakes of the last thirty years and will adopt a pragmatic and rational outlook in pursue of the best national interests. Auspiciously, recent developments signal that such an outlook is taking root among the Central Asian elite.