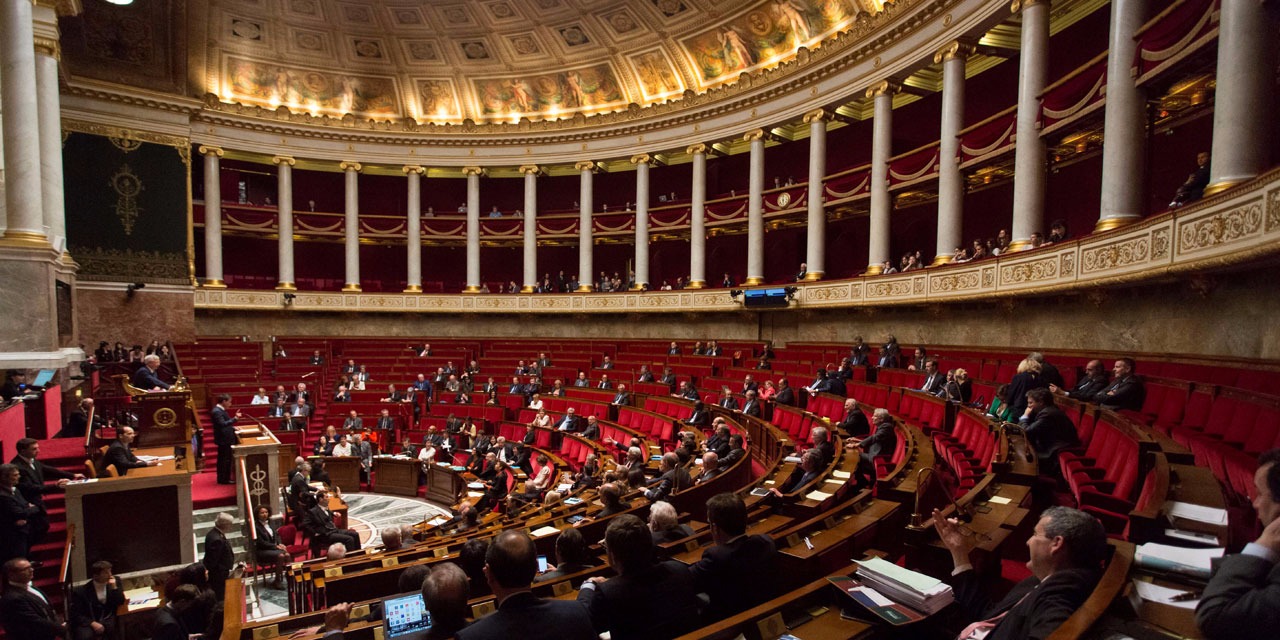 A much sidelined piece of information about the bill is that it was adopted with the attendance and votes of just 21 MPs (the French National Assembly has a total of 577 members), meaning the overwhelming majority of French MPs did not wish to take part in such a vote. Furthermore, despite the fact that the bill makes no mention of Armenians or their claims of genocide, Armenians have marketed this bill as the “law that criminalizes the denial of the Armenian Genocide”. The bill needs to be approved by the French Senate and the French President to become a law. It remains to be seen how the French Senate will react, but it is known that President Francois Hollande is an avowed supporter of Armenians’ claims of genocide on political grounds.

Why was such an all-encompassing wording used in the bill? The answer is that a law adopted in 2012 in France explicitly criminalizing the "denial" of the “Armenian genocide” was rejected by the French Constitutional Council, which deemed that such a law would infringe on freedom of speech. As such, the French Government and French Armenians worked furiously to circumvent another possible blockage by the French Constitutional Council, the end result being this bill.

This bill faces two serious problems, however: the ECHR’s verdict on the Perinçek v. Switzerland case, and the French Constitutional Council’s decision regarding the Gayssot Law. According ECHR’s verdict (in a nutshell), the disputes over the nature of 1915 events is a matter of public concern, and so long as a person does not resort to defamation or the trivialization of people’s deaths, a person has the right the reject the Armenians’ claims of genocide. Meanwhile, French Constitutional Council deemed that only a competent tribunal may decide whether or not an event or act constitutes genocide, meaning that the French parliament or government should not be the ones to pass judgment claims of genocide. Hence the term “genocide” in this bill should only be understood as referring to the cases of Rwanda and Srebrenica that were deemed to be genocide by competent court rulings.

As such, if the July 1 bill becomes law and, afterwards, if someone is prosecuted for publicly rejecting the Armenians’ claim of genocide, then it would be an act that not only defies the decision of France’s own top legal authority (the Constitutional Council), but also Europe’s top court on human rights (the ECHR).

One way to avoid such a defiance would be for the French government and French Armenians to market their version of history as a “crime against humanity”, which is within the scope of the July 1 bill. Armenians and those who support their historical narrative have been giving signals lately that they have come to the realization that they will not be able achieve anything substantial in the legal sphere with their genocide narrative. As such, they are slowly but surely shifting their narrative to make a case for “crimes against humanity” and accuse Turkey with it. This will inevitably entail a defeat in Armenians’ and their supporters’ obsessive quest to vilify, accuse, and pressure Turkey with the genocide accusation. At the same time, however, this means that Armenians and their supporters are simply shifting tactics and trying a different approach to harass Turkey.

Although legal scholars specializing international law these days have a habit of treating “genocide” and “crimes against humanity” as if they are the same, these two concepts actually constitute two separate categories of crimes and are defined differently.[1] “Genocide” is considered the most serious of crimes, and there are strict requirements that must be met before anyone can be charged with it. Most importantly, a charge of “genocide” requires the presence of a clear “intent to destroy” a particular national, ethnic, racial, or religious group simply because of being this group. No matter how much Armenians and those who support their historical narrative have tried (by resorting to exaggerations, distortions and sometimes outright fabrications), there simply is no evidence to support the argument that the Ottoman government had the intention to destroy its Armenian subjects. Quite the contrary, there is evidence that points to the fact that the Ottoman government gave instructions for the protection of Armenians and the punishment of those who abused them during the Armenian relocation and resettlement of 1915-16.

(c) Crimes against humanity: namely, murder, extermination, enslavement, deportation, and other inhumane acts committed against any civilian population, before or during the war, or persecutions on political, racial or religious grounds in execution of or in connection with any crime within the jurisdiction of the Tribunal, whether or not in violation of the domestic law of the country where perpetrated.

Leaders, organizers, instigators and accomplices participating in the formulation or execution of a common plan or conspiracy to commit any of the foregoing crimes are responsible for all acts performed by any persons in execution of such plan.

A more recent, lengthier, and even broader definition of “crimes against humanity” was given in the Rome Statute of the International Criminal Court (ICC).[4] The ICC is not a part of the UN, but it is an UN affiliate. Its conduct is also subject to controversy and its jurisdiction is not recognized worldwide.

In any case, both definitions of “crimes against humanity” entail the inclusion of possibly hundreds, if not thousands, of cases or events in history. It should be pointed out here that to single out the Armenian experience during the ending days of the Ottoman Empire and ignore everything else that happened within that context will not be about a quest for justice, but be about a choice made within framework of political machinations directed at Turkey.

The “was it genocide or not?” debate has been such a dominant aspect of the dispute over the 1915 events that almost all other aspects of the human tragedy that unfolded for all sides during the ending days of the Ottoman Empire have been put aside. Armenians, Turks and third parties have mostly focused on the term “genocide” and whether or not it is applicable to the 1915 events. As such, much legal research must be done in order to understand “crimes against humanity” and whether or not it is applicable in any way to the 1915 events for both sides of the killings.

[3] “Charter of the International Military Tribunal - Annex to the Agreement for the prosecution and punishment of the major war criminals of the European Axis ("London Agreement")”, Refworld – The UN Refugee Agency, http://www.refworld.org/docid/3ae6b39614.html