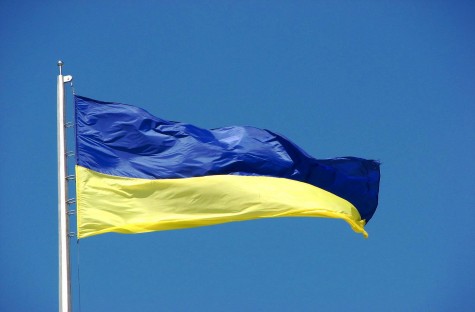 PROSPECTS FOR PEACE IN UKRAINE? SUMMIT IN MINSK: FROM AUGUST 2014 TO FEBRUARY 2015

On 11th of February 2015, Minsk, the capital of Belarus, hosted for the second time the leaders of Russia, Ukraine, Germany and France aiming to end the crisis in Ukraine.[i] The need for the second summit emerged in response to the failure of the so-called Minsk protocol signed on the 5th of September 2014 as a result of consultations of the Trilateral Contact Group. The Group consisted of the former President of Ukraine Leonid Kuchma, the Ambassador of Russia to Ukraine Mikhail Zurabov and the special representative of OSCE General Secretary Heidi Tagliavini.

The protocol called for an immediate bilateral ceasefire, provision of the constant monitoring and verification of the ceasefire by the OSCE and decentralization of power (including adoption of the law of Ukraine about the special status of Donetskaya and Luhanskaya oblasts). It also called for permanent monitoring of the Ukrainian-Russian border providing the security of border zones, immediate release of all hostages, prevention of legal prosecution of people involved in the conflict events, withdrawal of all illegal armed groups and military equipment from Ukrainian territory and adoption of the program of recovery and reconstruction of Donbass region.[ii] While signing the Minsk protocol promised to be a positive step towards the conflict resolution,[iii] it was broken already within 10 days as OSCE teams operating in Donetsk and Luhansk reported increasing series of incidents showing the breaches in the protocol provisions.[iv] By October 2014, both sides were already actively accusing each other in breaking the truce.[v] Still, on October, 31st OSCE Chairperson-in-Office Didier Burkhalter commented on certain progress with regard to cease-fire, and pointed out that “the Minsk Protocol and the Memorandum of September 5 and 19 respectively should continue to serve as the relevant framework and reference point for steps towards de-escalation of the conflict in eastern Ukraine”.[vi] In spite of all the hopes, the conflict was far from de-escalation as the battles for the small cities and strategic points went on. When one of the biggest battles, the battle for the Donetsk international airport that had been continuing through December and most of January ended up with the loss of the airport by Ukrainian forces to rebels,[vii] it became clear that the Minsk protocol ceasefire had completely and permanently collapsed.

Minsk II: Package of Measures for the Implementation of the Minsk Agreements

As the urgent necessity for a new ceasefire agreement arose, the 13-paragraph “Package of measures for the Implementation of the Minsk Agreements”[viii] was adopted in Minsk on 12th of February. On 17th of February, the United Nations Security Council endorsed the Package (to be referred to as the “second protocol” from now on), which called for the ceasefire starting on 15th of February and ensured the withdrawal of heavy weapons and carrying out a constitutional reform in Ukraine. Below is the brief outline of the measures compared to the first Minsk protocol.

- Unlike the first protocol, the second protocol specified the exact time for the ceasefire to begin in specific areas of Donetsk and Luhansk regions of Ukraine – on 15th of February 2015, 12 am local time. Both sides have to withdraw all heavy weapons by equal distance in order to create a safe buffer zone which was increased from 30 km (as in the first protocol) to a minimum of 50 km to a maximum of 140 km wide (depending on the shooting range of the weapons). The withdrawal of the heavy weapons is to start on day 2 of the ceasefire at the latest and be completed within 14 days. The process shall be facilitated by the OSCE.

- The second protocol again calls for withdrawal of all foreign armed formations and military equipment and mercenaries from the territory of Ukraine under the OSCE’s guidance which might be read as an implicit reference to Russian forces.

- The second protocol, like the first one, envisages the constant monitoring and verification of the ceasefire by the OSCE and establishing of the national dialogue in Ukraine with regards to the local election in Donbass area.

- Both protocols include a paragraph on no-prosecution, release and amnesty of persons related to the conflict, hostages and unlawfully detained persons. The second protocol is more detailed when it comes to the restoration of the zone of conflict. It mentions provision of “safe access, delivery, storage, and distribution of humanitarian assistance to those in need” without giving a precise time-frame, however.  It also covers the full resumption of socio-economic ties with the area that should lead, in the end, to re-establishing by the Ukrainian state of the control of the segment of its banking system in the conflict-affected areas.

- An important point of difference is in the reinstatement of full control of the state border by the government of Ukraine. According to the second protocol,the border control shall be regained only 1 day after the local elections “and ending after the comprehensive political settlement (local elections in certain areas of the Donetsk and Luhansk regions on the basis of the Law of Ukraine and constitutional reform) to be finalized by the end of 2015”. This shall happen under the condition that the constitutional reform will be carried out in Ukraine and new constitution is to enter into force by the end of this year. The central element of the reform is to be the decentralization of power and special status of certain areas of the Donetsk and Luhansk regions.

- The new local elections shall be held in Donetsk and Luhansk regions, this time in accordance with relevant OSCE standards and monitored by OSCE/ODIHR.[ix]

The international community leaders welcomed, overall, the adoption of the second protocol. The OSCE Chairperson-in-Office, Serbia's Foreign Minister Ivica Dačić gave his full support to the new package of measures of the second protocol agreed by the Trilateral Contact Group. He called on all sides to “fully implement this package with the aim of de-escalating the conflict and putting an end to civilian casualties”.[x] At the same time the countries’ leaders sound hesitant since, as the comparison shows, the second protocol is much too similar to its previous version and is quite fragile. It seems there is too much to be done and truce is to be held for quite some time before Ukraine will be able to regain control over its borders according to this agreement: first, the constitutional reform has to be implemented and the elections in Luhansk and Donetsk are to take place under the new Law. While EU foreign policy Chief Federica Mogherini said European leaders in Brussels would be discussing ways to "help and sustain the agreement",[xi] German Chancellor Angela Merkel said it was unclear if the plan would succeed, but it was "definitely worth trying".[xii] US leaders, at the same time, expressed their concern related to the reports of continued shooting in eastern Ukraine, which is "inconsistent with the spirit of the accord”.[xiii]

Already six hours after the midnight ceasefire, the shelling and shooting started again in several parts of eastern Ukraine, being particularly fierce in Debaltseve, which is an important strategic point in the region. While the initial comments from the rebels’ leader Alexander Zakharchenko was that “Kiev would be to blame if the ceasefire collapsed”,[xiv] after the fighting in Debaltseve had been resumed, the rebels claimed that they had no intention from the very beginning to apply the ceasefire agreement to this area since they had been advancing to that area since January – the battles for the town, therefore, would not be considered a violation of the ceasefire.[xv] The reaction from Kiev was that the Ukrainian troops responded occasionally as they aimed not to break the truce agreement yet, at the same time, the forces could not be withdrawn until the rebels comply with the second protocol’s conditions.[xvi] On Wednesday, 18th of February,after several more days of battles,the Ukrainian troops were forced to retreat from Debaltseve, which is currently occupied by the separatists.[xvii]

Is there “a glimmer of hope” for peace in Ukraine after all? Some experts consider that taking Debaltseve, the important strategic point, under control should have satisfied the “territorial ambitions” of separatists and they might take some rest letting the President Poroshenko deal with the implementation of the other conditions of the protocol such as constitutional reform and social and economic transformations in eastern Ukraine.[xviii] This would work only in the case if the rebels, indeed, expressed and confirmed their intentions to fulfill the rest of the protocol conditions, withdrew their equipment and forces creating a buffer zone and if the Ukrainian government was not tempted to restore national pride and fight Debaltseve back. At the same time, there is a clear need for establishing an open dialogue between Russian and Ukrainian Presidents which is currently not the case. Meanwhile, other experts claim that as the new ceasefire is doomed from the beginning, its collapse is highly likely to increase NATO involvement and the US and potentially other NATO members’ sending arms to Ukraine. The supporters of this point of view argue that the reaction of Russia to the ceasefire being broken will reveal real intentions of President Putin. If Russia pushes for the escalation of the crisis, it may be considered as a deliberate provocation of the United States to enter the armed conflict. And, vice versa, Russian support for the fragile truce might prove that, partially, Russian government does not want to see Ukraine with American weapons.[xix] So far, all the analysts agree that, since too many factors and actors are currently involved in this conflict, it is practically impossible to predict the certain outcomes. Yet it is obvious, as Mrs. Merkel fairly commented, that “there are no guarantees that what [the world leaders]are trying to do succeeds. It will be an extremely difficult path”.[xx]

[i]A brief evaluation of the results of the first summit in Minsk made by the specialist of AVIM can be found at: Özge Nur Öğütcü, “A Brief Evaluation After Minsk Summit”, AVIM, 02.09.2014, http://www.avim.org.tr/analiz/en/A-BRIEF-EVALUATION-AFTER-MINSK-SUMMIT/3619

[vi]“So-called elections not in line with Minsk Protocol, says OSCE Chair, calling for enhanced efforts and dialogue to implement all commitments”, OSCE, 31.10.2014,http://www.osce.org/cio/126242

[ix]The previous attempt atholding local elections in eastern Ukraine in November 2014 wasclaimed illegitimate by the USA, the EU and the OSCE while recognized by Russia:Thomas Grove, “Pro-Russian rebels vote for leaders in eastern Ukraine”, 02.11.2014, http://www.reuters.com/article/2014/11/02/us-ukraine-crisis-rebel-election-idUSKBN0IL3AP20141102

[xv]“Fears for Ukraine’s ceasefire as clashes with Russia-backed rebels intensify”, The Observer, 15.02.2015,http://www.theguardian.com/world/2015/feb/14/ukraine-ceasefire-doubt-clashes-rebels-russia-rockets-shelling