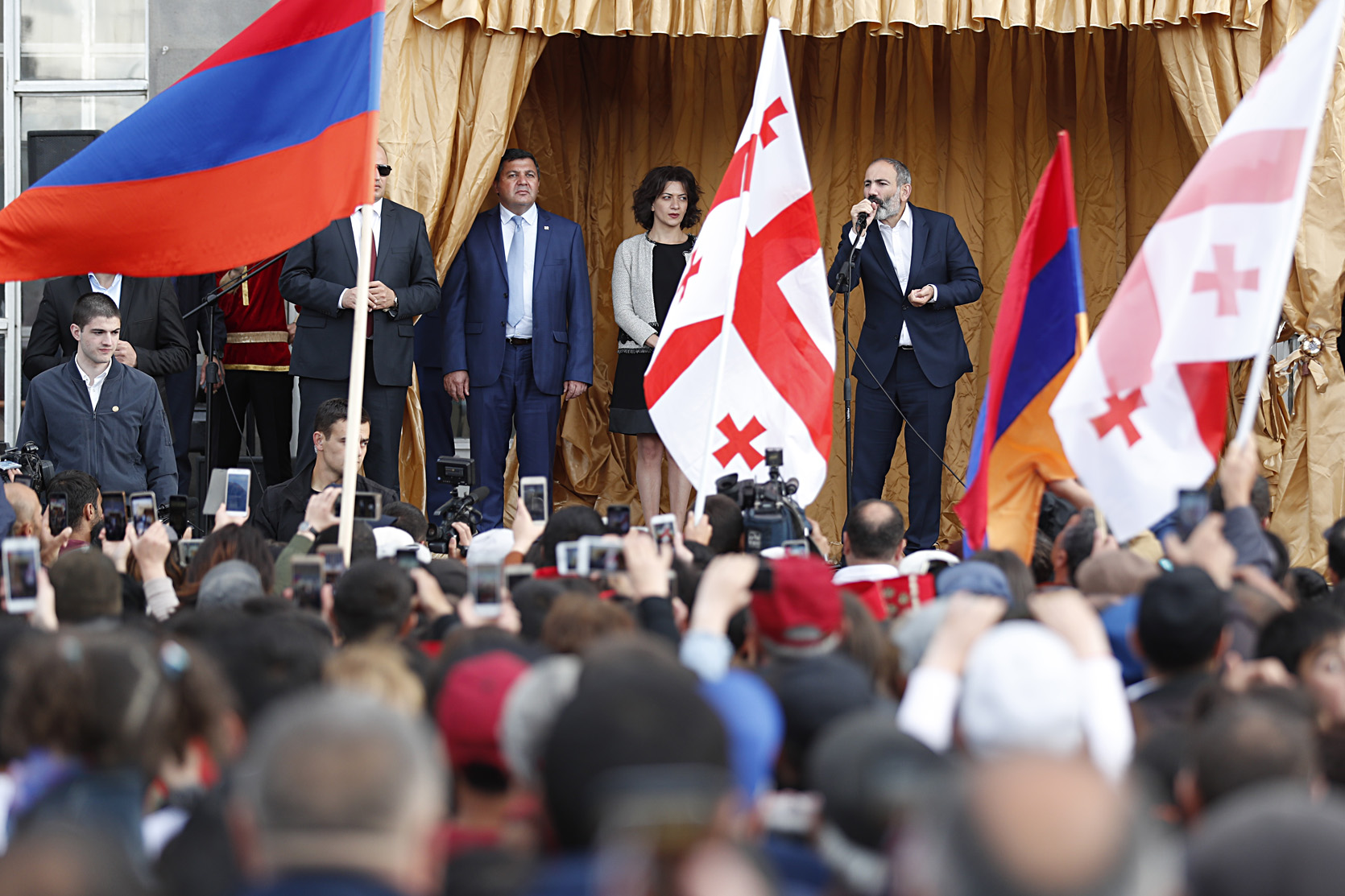 Armenia-Georgia relations has been one of the most understudied issues in the politics of South Caucasus. There are several elements in the bilateral relations that are critical for the security and the stability of the region, although, most of those issues have been overlooked until now. Both countries tried to maintain a viable relation with one another. But there have been some fundamental issues that differentiated their respective regional political and economic policies and overshadowed bilateral relations. Still, major developments in both countries in the past few months has been viewed as contributing towards the betterment of bilateral relations. In Armenia, Nikol Pashinyan has been elected as the new Prime Minister of Armenia also replacing the country’s political party long in power in the parliament. In Georgia, Salome Zuarbishvili was elected the new President of Georgia, first woman to hold this office, after a heated election process.

Before and after the elections both leaders displayed support to each other, although the new Prime Minister of Armenia Nikol Pashinyan takes the lead. Pashinyan congratulated new President of Georgia Salome Zurabishvili by referring to “the centuries-old friendly relations between Armenia and Georgia” after her election in November and back in October, Pashinyan mentioned also “brotherly relations” between the two countries during a visit to Georgia. But there are issues between the two countries that are potentially prone to become problematic. Even though these issues have not come to the fore until now, they have the potential to cause a drift in the “brotherly” relations between the two countries in the near future.

For Armenia, Georgia is one of two openings that allows Armenia to maintain its contact with the rest of the world. Due to its ongoing occupation in Nagorno Karabakh, Armenia has no diplomatic relations with Azerbaijan and Turkey, and Iran in the south has never been able to provide a stable route for Armenia. Therefore, Georgia has been perceived as holding vital importance for Armenia’s access to the outside world. Thus, during the 2008 Georgian-Russian war, this access has been cut off, leaving Armenia isolated.

Against this backdrop, it has been usually assumed that Armenia has tried to keep a balanced and stable relation with its neighbor Georgia. However, there are two major issues that frequently cause tensions to rise between the two countries: first, the secessionist claims and acts by the Armenian minority living in the Georgian region of Samtskhe-Javakheti, and second the condition of Armenian and Georgian churches in Georgia and Armenia respectively. The latter problem remains an issue between the Georgian Orthodox Church and the Armenian Apostolic Church. Ilia and Karekin II conducted negotiations on the registration of these churches and the situation of the Armenian minority in Georgia in the past. But as it appears, the issue is closely connected with the condition of the Armenian minority in Samtskhe-Javakheti region of Georgia. Georgia has closely monitored Armenia’s contacts with this minority, but despite Armenia’s above-mentioned dependence on Georgia, Armenian policies on the critical issue of Javakheti Armenians have not been so forthcoming until now.[1]

For Georgia, the danger has never been this serious. Javakheti Armenian organizations (one of those organizations being “Javakhk Diaspora of Russia”) has long held that they seek greater self-government rights, granting of regional language status to Armenians, return of Armenian churches, even the establishment of a “demilitarized zone” in Samtskhe-Javakheti region, and finally permission for dual citizenship.[2] Most of these demands, especially on the cultural, educational and linguistic rights has been met by the Georgian government to some extent. Still these demands continue simultaneously with the increasing number of Javakheti Armenians receiving Armenian passports. Georgian governments have shown enormous toleration to the Javakheti Armenians and their demands, as well as to the Armenian governments’ attempts to create a zone of influence in Georgian territory.

Paradoxically, during her election campaign Salome Zurabisvhili explicitly blamed the previous governments for denying denaturalized Javakheti Armenians to return to Georgian citizenship by comparing their situation to the “Turks” when she said even the Turks are given citizenship while the Armenians are not. Zurabishvili must have forgotten, as a previous diplomat, that Meskhetian Turks did not willingly choose to become citizens of other countries but were forced out of their homes by the Soviets and sent in exile. Their suffering should not be compared to the willful defection of the Javakheti Armenians and Armenia’s explicit intervention in Georgia’s national unity.

All these developments reveal that Armenia’s policy towards Javakheti Armenians has not been motivated by good neighborly relations. On the contrary, Armenia openly supported Georgia’s secessionist Armenian minority by distributing passports to them and against Georgian law. This is in fact an attempt by Armenia to bolster an Armenian secessionist movement within the Georgian territory. The new Georgian President Salome Zurabishvili’s attitude towards Armenian attempts to fuel secessionist movements will be critical in determining the future of the relations with Armenia.