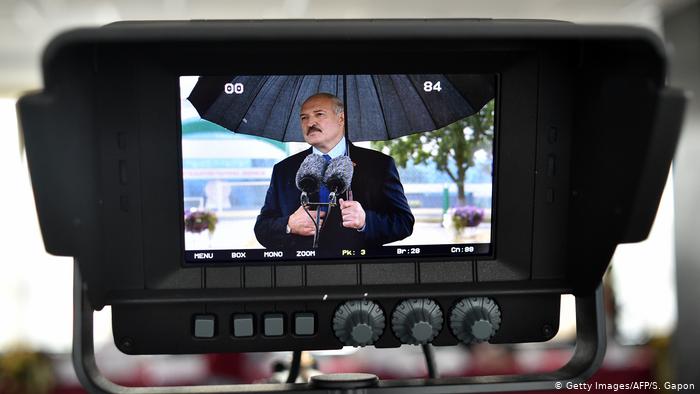 An exit poll published by the Belarusian state media puts strongman Alexander Lukashenko at nearly 80% of the vote in the presidential election. His rival Svetlana Tikhanovskaya rejected the poll amid rising tensions.

Polling came to an end on Sunday as Belarusians cast their vote in the country's presidential elections, with President Alexander Lukashenko pitted against unlikely candidate Svetlana Tikhanovskaya.

Lukashenko won Sunday's election with 79.7% of the vote, according to an official exit poll.