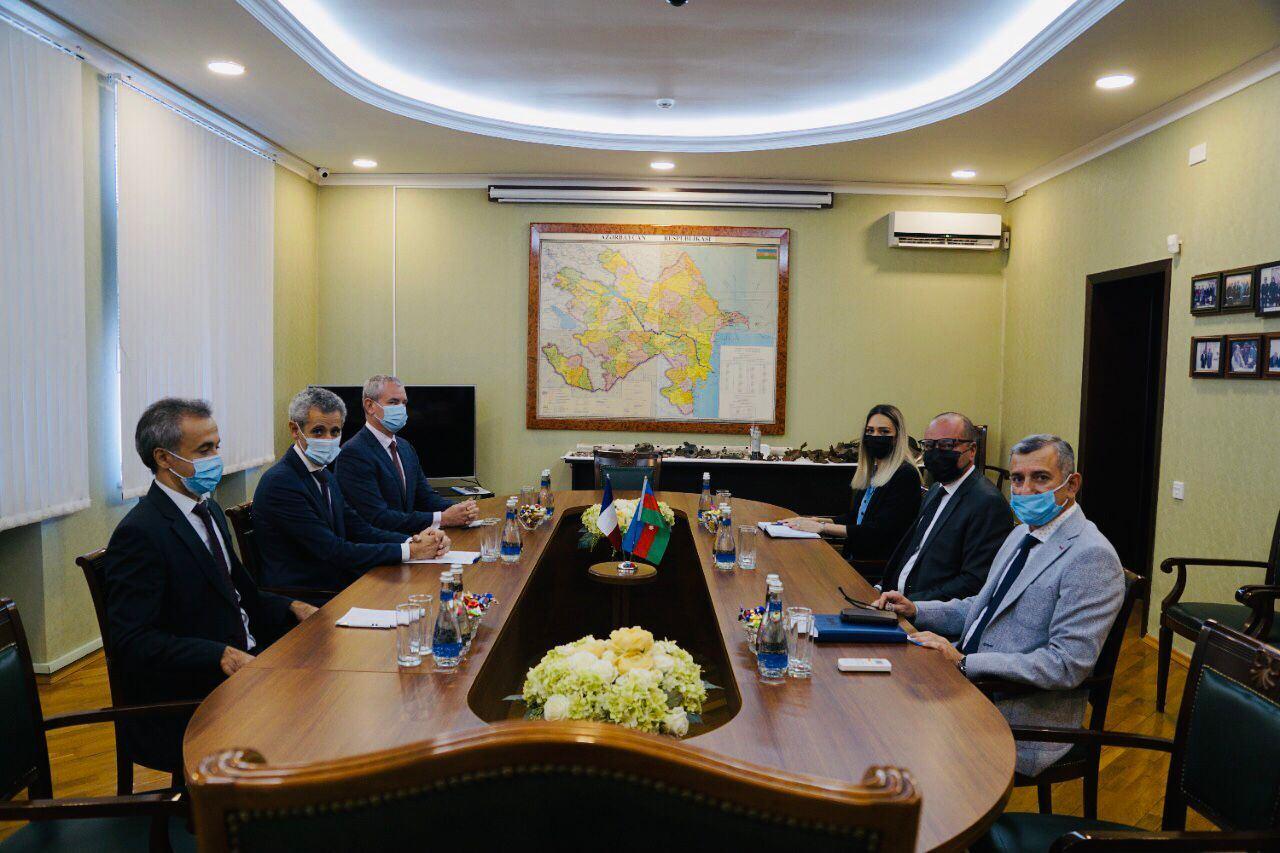 The meeting focused on humanitarian demining operations carried out by the agency, France's financial assistance in Azerbaijan's demining activities, and the issues requiring support in this area.

In the near future, a document is envisaged to be signed between the parties covering areas such as support for demining operations, assistance to persons who suffered from mines, and the implementation of projects to raise awareness of dangers from explosives.

"Another area where international cooperation is needed is demining so internally displaced people can return to their land. The areas in Karabakh that require de-mining are huge. So I was happy to officially inform Azerbaijan's ANAMA [Mine Action Agency] that France is keen to donate € 400,000 to demining this year,"  Gross wrote on his Twitter account on September 8.

The UK contributed over AZN 1 million (£500,000) to Azerbaijan’s recovery efforts and demining activities in its liberated lands.

Some 160 Azerbaijanis have been killed or injured in the explosion of mines planted by Armenians in Azerbaijan’s formerly occupied regions since the end of the war in autumn 2020 that saw Azerbaijan liberate most of its territories in and around the Nagorno-Karabakh region.

On June 12, Azerbaijan handed over 15 Armenian prisoners in exchange for a map detailing the location of 97,000 mines in formerly-occupied Aghdam.

On July 3, Armenia submitted to Azerbaijan maps of about 92,000 anti-tank and anti-personnel mines planted during the occupation of Fuzuli and Zangilan regions.

In his interview to CNN Turk channel on August 14, President Ilham Aliyev said that the accuracy of the maps provided by Armenia at the latest stage is only 25 percent.

The scale of destruction in Azerbaijan’s formerly occupied territories suggests deep hatred and animosity against Azerbaijanis, with many experts describing these mass destructions as genocide.

Azerbaijan and Armenia resumed the second war after that latter started firing at Azerbaijani civilians and military positions starting September 27, 2020. The war ended on November 10 with the signing of a trilateral peace deal by the Azerbaijani, Russian and Armenian leaders.

The peace agreement stipulated the return of Azerbaijan's Armenian-occupied Kalbajar, Aghdam and Lachin regions. Before the signing of the deal, the Azerbaijani army had liberated around 300 villages, settlements, city centres and historic Shusha city. The Azerbaijani army declared a victory against the Armenian troops. The signed agreement obliged Armenia to withdraw its troops from the Azerbaijani lands that it has occupied since the early 1990s.