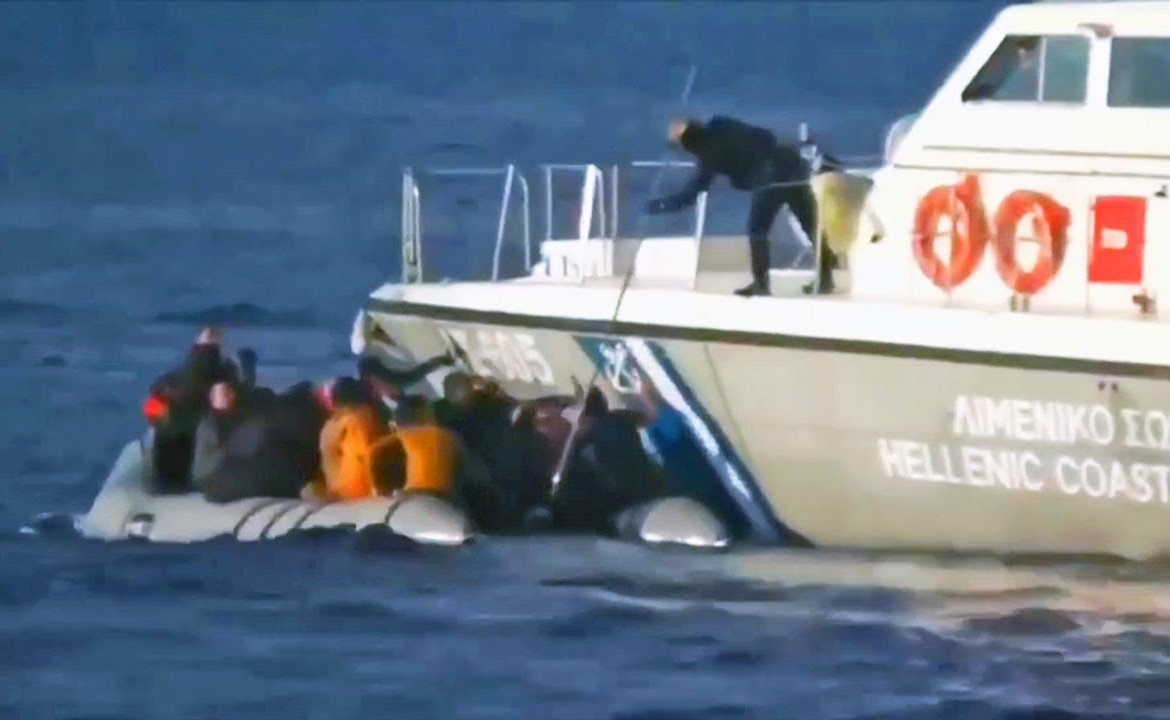 When she was in the European Union (EU), the United Kingdom (UK) was part of the prominent “E3" of the Union along with Germany and France.  As an EU member, she acted as a bridge in transatlantic relations between the United States and the EU and played a leadership role in the EU’s Common Foreign and Security Policy (CFSP). It was possible to see the traces of experienced British diplomacy in most of the CFSP policies. There is no doubt that her strong military, diplomatic heritage, nuclear weapon state status, permanent seat in the UN Security Council, economic power, intelligence capability, and NATO membership had given the UK a special place not only in the EU but also in the world.

The UK officially left the EU on 31 January 2020. EU is now a club of 27 members instead of 28 and there is no “E3” in the EU anymore. About a year ago, in our AVİM analysis titled “After Brexit: The Footsteps of a Truly Carolingian European Union”, we had made the following assessments:

“In short, when it comes to numbers and politico-military power, there is no doubt that Brexit will considerably weaken the EU in terms of its total strength. It should be underlined that after the Brexit, the EU will politically shrink to an area whose core overlaps with that of the Carolingian empire of 1,200 years ago… By this joint initiative, France and Germany claim that they are ‘shouldering responsibility for Europe’. In doing so, they have set aside the other EU states and declared their privileged ‘core status’ in the EU and in the Europe. They wish to return the French and German-centric ‘variable geometry’, ‘core Europe’, ‘multi speed Europe’ and ‘concentric circle Europe’ concepts of the past under the guise of ‘shouldering responsibility for Europe’… It could be said that this hegemonic ‘core Europe’ approach, in some sense, has prepared not only the infrastructure of Brexit but also mainly paved the way for blocking Turkey's membership in the EU. It is a strong probability that this Franco-German ‘cooperative hegemony’ understanding may bring divisions rather than unison to Europe.”[1]

In this context, it is also useful to refer to the speech by the former UK Prime Minister Theresa May at the 2017 Davos World Economic Forum in which she explained the main points of the UK post-Brexit foreign policy. These points may shed light on certain developments of today. Here below is part of that speech contained in our aforementioned analysis:

“…our decision to leave the European Union was no rejection of our friends in Europe, with whom we share common interests and values and so much else. It was no attempt to become more distant from them, or to cease the co-operation that has helped to keep our continent secure and strong. And nor was it an attempt to undermine the European Union itself. It remains overwhelmingly and compellingly in Britain’s national interest that the EU as an organization should succeed. It was simply a vote to restore, as we see it, our parliamentary democracy and national self-determination. A vote to take control and make decisions for ourselves. And, crucially, to become even more global and internationalist in action and in spirit too. Because that is who we are as a nation. Britain’s history and culture is profoundly internationalist. We are a European country, and proud of our shared European heritage, but we are also a country that has always looked beyond Europe to the wider world …”

In the context of Brexit, Turkey's significant efforts at hosting Syrian refugees who have fled the ongoing civil war in Syria and regulating the flow of refugees who wish to head towards EU countries come into prominence. This is so because the Syrian refugee issue serves to highlight how the post-Brexit EU on the one hand and the UK on the other hand have chosen to react towards this serious regional development.

According to the latest data contained in the “Syrian Regional Refugee Response” page of the “Operational Portal - Refugee Situations” of the Refugee Agency of the UN High Commissioner for Refugees (UNHCR), there are currently 5,563,951 “Total Persons of Concern” under the rubric of Syrian refugees. Out of this total number, the registered Syrian refugees in Turkey is 3,588,131.[2] This corresponds to 64.5% of the total number of Syrian refugees in the world. It is stated that approximately 46% of this number is children between the ages of 0-18.[3] In this context, Turkey is by far the largest host country of the registered refugees of Syrian civil war. It is reported in international press news that Turkey has “spent $40 billion coping with its refugee burden.”[4]

As it was broadly reflected by the international media outlets, after intense bombardments in the İdlip province of the north-eastern Syria last month during which also 33 Turkish soldiers were martyred, a huge new refugee movement started moving towards Turkey from north-eastern Syria. This new wave forced Turkey to announce that she could no longer shoulder the burden of this immense new refugee wave alone and declared that she would began to allow refugees to travel on to Europe from Turkey.[5]

What happened afterwards was reported by the Washington Post newspaper as follows:

“We are watching the same nightmare all over again. In no man’s land along a frontier of the European Union, security forces tear-gas and violently disperse stranded migrants. On a sunny day, the Greek coast guard confronts a rubber dinghy bearing asylum seekers crossing the Aegean. Rather than offer assistance, the maritime patrol seeks to intimidate the refugees, firing warning shots. We later learn that at least one child drowned after a refugee boat collapsed”.[6]

The most competent reply to this merciless response by Greece to Syrian refugees came from the UN refugee agency. The relevant parts of statement are quoted below:

“All States have a right to control their borders and manage irregular movements, but at the same time should refrain from the use of excessive or disproportionate force and maintain systems for handling asylum requests in an orderly manner.

Neither the 1951 Convention Relating to the Status of Refugees nor EU refugee law provides any legal basis for the suspension of the reception of asylum applications. Article 78(3) of the Treaty of the Functioning of the EU (TFEU) has been evoked by the Greek Government in this regard, however this provision allows for provisional measures to be adopted by the Council, on a proposal from the Commission and in consultation with the European Parliament, in the event that one or more Member States are confronted by an emergency situation characterized by a sudden inflow of third country nationals while it cannot suspend the internationally recognized right to seek asylum and the principle of non-refoulement that are also emphasized in EU law. Persons entering irregularly on the territory of a State should also not be punished if they present themselves without delay to the authorities to seek asylum … At the same time, international support to Turkey, which already hosts millions of refugees, as well as other countries neighboring Syria, must be sustained and stepped up…”[7]

In addition to the UNHCR, UN Special Rapporteur On The Human Rights Of Migrants, Felipe González Morale stated that:

“I am very concerned about the reported pushbacks of asylum seekers and migrants, which constitutes a violation of the prohibition of collective expulsions and the principle of non-refoulement … Greece should immediately reverse its decision on the suspension of asylum application which has no legal basis in international human rights law. The right to individual assessment is the cornerstone of human rights and refugee protection. It cannot be put on hold… returning people without due process will inevitably result in cases of refoulement to situations where they may face the risk of death, torture, ill-treatment, persecution or other irreparable harm… Greece has the responsibility to ensure that migrants and those assisting them are protected from threats and attacks … The authorities should condemn promptly and ensure accountability for any such acts”.[8] [italics added for emphasis by author]

How Did The EU Respond To The Syrian Refugee Issue?

The EU supposedly prides itself in the value it places on effective rules-based international order. The EU Ministers of Foreign Affairs adopted a statement at their extraordinary meeting on 6 March 2020 for discussing “the crisis in Idlib” and “the situation at the EU external borders with Turkey”. It is noteworthy that certain parts of the statement expressing full backing to Greece, which is violating international law and human rights, is openly in contradiction not only with EU principles and values but also with the1951 UN Convention Relating to the Status of Refugees. The following are the relevant paragraphs expressing carte blanche support to Greece for her moves that violate international law and human rights:

“While acknowledging the increased migratory burden and risks Turkey is facing on its territory and the substantial efforts it has made in hosting 3,7 million migrants and refugees, the EU reiterates its serious concern over the situation at the Greek-Turkish border and strongly rejects Turkey's use of migratory pressure for political purposes. This situation at the EU external border is not acceptable. The EU and its Member States remain determined to effectively protect EU's external borders … The EU also reiterates its full solidarity with Greece, which faces an unprecedented situation, as well as with Bulgaria, Cyprus and other Member States, which might be similarly affected, including in efforts to manage the EU's external borders. The Council welcomes the practical support announced by the Commission on 4 March 2020. Close cooperation will also continue with the Western Balkans partners in this respect.”[9]

In contrast to the insensitive and irresponsible approach of the EU under the stewardship of France and Germany, we observe that ex-EU member UK is assessing the current developments in the northern-Syria and the Syrian refugee problems in a more appropriate way than the EU. The most recent example of this approach is seen in the press statement made by the UK Foreign Secretary Dominic Raab following the meeting with Turkish Minister of Foreign Affairs Mevlüt Çavuşoğlu in Ankara on 3 March 2020. In this context, the UK Foreign Secretary stated:

“I would like to pay tribute to Turkey’s commendable response to the humanitarian crisis in Syria. For years, Turkey has helped carry the enormous burden of supporting millions of Syrian refugees, and indeed other displaced persons. Often you have felt ignored.”

With these words, Raab touched the core point of the problem and given the much-deserved credit to Turkey for her efforts. Unlike the EU, the UK has not ignored the challenges Turkey continues to face regarding the devastating Syrian civil war and the people who have become refugees because of it.

It is possible to say that the EU, in the last Syrian refugee crisis, has made a remarkable mistake by unconditionally supporting Greece's violations of international law and human rights on the grounds of EU solidarity and has further eroded its respectability which has been already in decline. This point is pertinently underlined in the article written by the Turkish Minister of Foreign Affairs Çavuşoğlu, published in the Financial Times on 22 March 2020 titled “EU Inaction On Syrian Refugees Is A Stain On Human Conscience”. In this respect, Çavuşoğlu stated the following:

“The EU was meant to be a world power that stood as a beacon for human rights and respect for the international rules-based order. But unless something is done about Greece’s treatment of refugees, and the frenzied support it still receives from the EU, that claim will collapse”.[10]

The current developments indicate that the EU, which has lost the UK, could pursue more insensitive and irresponsible policies under the hegemonic stewardship of France and Germany than in the past. Time will show how such policies will cost the EU in terms of its political objectives and international respectability.