EUROPEAN UNION’S DISCRIMINATORY APPROACH TO THE BALKANS AND THE RISE OF SLAV-ORTHODOX DOMINANCE IN THE REGION
Analysis No : 2017 / 16
Author : Teoman Ertuğrul TULUN
24.04.2017
8 min read 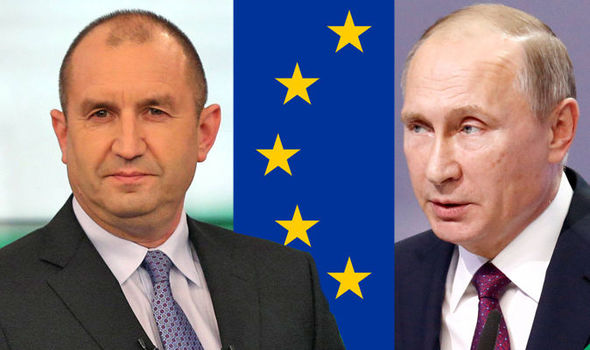 In the article of “The Specter of Renewed Armed Conflicts in the Balkans” it was mentioned that in the absence of the US and NATO backing, it seems not possible for the EU to deal alone and cope with the deep-rooted historical conflicts and the problems in the region. It was also stressed in the article that in such a vacuum, Russia and its Slav-Orthodox block made up of under the leadership of Serbia will be the main protoganist in the historical Balkan chess game.[1]

Articles on Serbian operations regarding former Yugoslavia and the rise of EU-Russian tension over the Russian advanced armament donations to Serbia have been appearing in news outlets dealing with Balkan developments. In this context, according to these articles, the then Serbian Prime Minister Aleksander Vucic vowed to deepen trade ties within the "Western Balkans" after he takes over as president in coming June. He stated that closer economic relations were the only way to overcome regional instability, particularly in Bosnia-Herzegovina, which he described as a “barrel of gunpowder”.[2]

As it would be recalled, Vucic won the presidential election in Serbia very recently by taking over around 55 percent of votes.[3] As the Serbian Prime Minister, he stated that he would redouble efforts to create a free-trade zone across much of former Yugoslavia, including investments in essential infrastructure, such as a highway linking Belgrade and Sarajevo. He said that economic self-interest will prevail and with the EU’s help, the broad contours of an agreement can be reached by the upcoming "Western Balkan" Summit set for July 12 in Trieste. Interestingly he described the geographical area of his project as “the old Yugoslavia, plus Albania”[4]

At first glance, the initiative by Aleksander Vucic to develop a free-trade zone across much of former Yugoslavia might be considered as merely an economic proposal to deepen the economic cooperation in the region. In fact, Serbia, Montenegro, Albania, Bosnia and Herzegovina and Macedonia currently cooperate within what is known as the Central European Free Trade Agreement. It should be kept in mind that the proposal comes at a time when Brexit has forced the EU to consider very seriously its identity and future

It should not be forgotten that fourteen years ago, on 21 June 2003 in Thessaloniki, all these countries were solemnly promised and given a perspective by the EU that one day, not too far in the future, they would become part of the EU. All these countries tried to do their best to fulfill the endless requirements set forth by the EU. But as expected, the reward did not come. A decade after Thessaloniki, only Croatia got the coveted invitation with the open support of Germany. Now all other countries pretend to reform, and the EU pretends that its invitation is still valid.[6]

In a recent interview, Thomas Kleine-Brockoff, the Executive Director of the Berlin Office of the German Marshall Fund of the United States and the advisor to former President of Germany Joachim Gauck, bluntly stated that EU enlargement is not a priority for Germany, since they are in a very uncharted territory in all their Western policy. Kleine-Brockoff, in fact, indicated that expansion of EU is no more than a mere rhetoric.[7]

Carl Bildt, former Prime Minister and Foreign Minister of Sweden, and EU’s one time Special Envoy to the Former Yugoslavia and former High Representative to Bosnia and Herzegovina, in his latest article published in the context of the World Economic Forum explains the situation in the Balkans and dwells on the importance of increased EU engagement in order to push back against Russian influence in the region. He is referring to the statement made by European Commission President Jean-Claude Juncker after his appointment to the post in 2014 that the EU would undergo no further expansion during his five-year term. Blidt characterizes this statement as “technically correct, but politically disastrous”. He proposes to “replicate the EU Eastern Partnership, with the creation of a Balkan Partnership, while always keeping membership on the table.”[8]

In December 2016, former EU enlargement commissioner and current special envoy to the Balkans for the Czech Ministry of Foreign Affairs Stefan Füle , in his speech to the “Balkans - boosting connections on the road to the EU" conference organized by the Friends of Europe, a Brussels think-tank, while referring to the Commission President Jean-Claude Juncker’s statement of the current pause in enlargement said that if the EU distances itself from the "Western Balkans", other geopolitical players will immediately seize the opportunity to assert their influence over the region. In this connection, he said that “Russia and Turkey are making efforts to fill the vacuum. Russia is relying on its close relations with Serbia…. For its part, Turkey has a growing appetite for its former Ottoman territories, where a majority of Muslims live, such as Bosnia and Herzegovina, Albania, Kosovo and parts of Macedonia.”[9]

As it was also elaborated in our previous articles on the topic, the geopolitical instability in the Balkans has deep historical roots. Numerous incursions, conquests, and migrations created a unique and heterogeneous mixture of peoples and ethnic groups speaking different languages and professing differing religions. Its present name was coined some centuries ago originating from a Turkish word for a mountain, synonimous with a similar range in today's Turkmenistan. [10]

After more than four centuries of Ottoman Turkish rule and the Ottoman Empire's withdrawal from most of its former European possessions, the Balkans has become a complicated political mosaic, which clearly lacks a center of gravity.[11] The disintegration of Yugoslavia has greatly increased the number of states in the region and all the balances in the region were altered once again after the Ottoman Turkish withdrawal from the region. By using its economic and political power, the EU has tried and is still trying to play a decisive role in the region, creating misnomers such as "Western Balkans" with clear political distortion.

However, EU does not have enough capability and influence to alter the current situation in the Balkans. The EU, instead of seeking cooperation with the countries that have special relations with the region like the EU candidate Turkey, still prefers competition and considers Turkey, one of EU's oldest candidate countries, as an outsider to the region. The incapability of the EU to deal with the Balkans leaves the region to the dominance of the Slav-Orthodox bloc. In fact, the very recent article by Enver Hoshaj, the Minister of Foreign Affairs of the Republic of Kosovo, published in the international edition of The New Times on April 14, 2017 with the title “Kosovo feels Russia’s grip, via Serbia” outlines the rising concerns in the region.[12]

[4] Karnitschnig, “Serbia’s Plan to Bring Back (Best of) Yugoslavia – POLITICO.”

[9] Georgi Gotev, “Füle: If the EU Disengages from the Balkans, Others Will Engage ‘immediately’ – EURACTIV.com,” News, Euractiv, (December 7, 2016), accessed 16.04.2017. http://www.euractiv.com/section/enlargement/news/fule-if-the-eu-disengages-from-balkans-others-will-engage-immediately/.