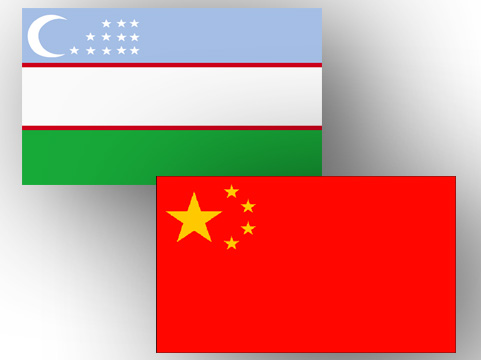 Uzbek-Chinese political discussions took place in Beijing on 25th of January, 2017. Mostly current state of bilateral relations, international and regional developments were on the table. Also both parties evaluated the process since signing the comprehensive strategic partnership which was signed during Chinese President Xi Jinping’s visit to Uzbekistan in June 2016 and discussed about the future visits at the “high and the highest levels”. The same day intergovernmental committee’s subcommittee on cooperation in the security sphere also took place in Beijing.[1] High level contacts between two countries have been ongoing in the last couple of years and Uzbekistan hosted the annual summit of the China-led Shanghai Cooperation Organization in 2016. In the force of many actors such as South Korea, Japan, European Union, Asian Development Bank, World Bank and so on investing in Uzbekistan, it is possible to see China’s increasing interest in the country. Yet, at the same time Russia also remains as an important actor as one of the biggest trade partners of Uzbekistan.

In the last couple of years China’s intention to increase its area of influence and economic activities beyond the Central Asian countries has been more obvious with the new Silk Road initiative – One Belt One Road – declared in 2013. Chinese influence in Central Asia has the potential to make Central Asia region a corridor for China’s east-west transportation and energy routes. In that sense, Uzbekistan has an important geo-political role as one of the connectors in Central Asia.

Since 2005 China pursued its soft power activities in Uzbekistan via Confucius Institute, that promotes Chinese culture and language abroad, and recently China has been investing in Uzbekistan heavily, particularly in energy and transportation sectors within the framework of One Belt One Road (OBOR) initiative. On one hand, China is the prime consumer of Uzbek LNG and pipelines. China also supports that transportation of Turkmen gas to both Russia and China should pass through Uzbekistan.[2] Hence, importance of Uzbekistan for China – and other actors who will benefit from these routes - is increasing.

On the other hand, it is not only China that is investing in Uzbekistan or Central Asia in general. For example, both South Korea and Japan are two other actors who are investing or willing to invest in Uzbekistan. Yet, Chinese influence appears to be on the rise and Uzbekistan-China relations has the potential to develop to have spillover effect in the long-term. Latest trends and developments in China and Uzbekistan’s multi-layered, bilateral and regional, relations can be examined under two dimensions in that sense: security and economy.

Security dimension of the bilateral relations is rather part of their regional and global policies, not merely depending on the actions of each other and countries in the region. Also as a non-Collective Security Treaty Organization and non-Eurasian Union member, it can be argued that Uzbekistan has relatively more room to maneuver in its relations with China compared to Central Asian countries which are EEU and CSTO members, without undermining the power of Russia in the region and relations between Russia-Uzbekistan.

Even after the President of Uzbekistan Karimov passed away, China did not change its policy towards Uzbekistan. In his message, on the occasion of 25th anniversary of the independence of Uzbekistan, President Xi Jinping focused on fight against "three evils" (terrorism, separatism and religious extremism) and signaled the intention to strengthen the ties between two countries on the bases of mutual interests. Uzbekistan has a long history in its fight against radical religious movements, sharing similar concerns with China. However security talks mainly have been conducted under the SCO umbrella.

For instance, in his book titled “Conflict and Security in Central Asia and the Caucasus” Peimani notes that “In Beijing, China and Uzbekistan sign a security agreement (2006–07 cooperation protocol) while discussing cooperation on police training, counterterrorism, narcotics trafﬁcking, and cross border crime”[3]. In that sense security cooperation is not a new deal for China and Uzbekistan. In addition, when we look at the current developments, Uzbekistan attached importance to China’s concerns in the field of security by supporting China’s “One China” policy[4] and both countries are committed to fight against common threats in the region.[5] Yet, we can argue that alliance between China and Uzbekistan was the necessary outcome of the security-related developments in the region in that period.

The second dimension of the relations is economy and trade. Economic relations between the two countries are developing rapidly in the last years and we can expect this trend to continue. Economic dimension of the relations can be divided into 3 parts: projects in the field of transportation, bilateral trade and Chinese FDIs in Uzbekistan – which was around %35 of the total foreign investments in Uzbekistan in 2013[6] - and projects in the field of energy. China is willing to establish new partnerships to diversify its energy resources. Carrying oil, uranium and natural gas from three Central Asian countries – namely Kazakhstan, Uzbekistan and Turkmenistan – reduced China’s dependency on Russian energy resources and the resources China transports via maritime corridors.[7] Eventually, such projects are expected to address security concerns of both parties (China and Uzbekistan) as well as promoting cooperation with a win-win approach rather than competition.

Moreover, China took over Russia’s position as Uzbekistan’s top trading partner in 2015 since the volume of China-Uzbekistan trade turnover was approximately around 3,25 billion US Dollars whereas the volume of Uzbekistan-Russia trade turnover was around 2,7 billion US Dollars in 2015[8]. Volume of Chinese investments and loans in Uzbekistan is around 6.5 billion US dollars and currently there are over 600 enterprises with Chinese capital that are operating in the country.[9] However, the current economic situation is not merely the outcome of the efforts to strengthen China-Uzbek relations. Sanctions implemented against Russia by the European Union and decrease in oil prices have negatively affected Russia’s role in its neighboring regions. For instance, according to the Central Bank in Moscow, remittances to Uzbekistan (from Uzbek migrant workers in Russia) decreased to 3.059 billion US dollars in 2015 which was around 5.653 billion US dollars in 2014. [10]

In addition to abovementioned issues, the last point is China-led but regionally supported, by the countries along the Silk Road, transportation projects and their contribution in the regional connectivity. In the light of current regional and global trends, China has the chance to increase its influence and promote regional connectivity projects in its favor via investing in the regional infrastructure projects which have not been improved much since the dissolution of Soviet Union. For example "Angren-Pap" electrified railway is particularly important for Uzbekistan. It will connect Central Asian countries with China, support domestic connectivity within the country as it directly connects Fergana Valley-Tashkent and it offers an opportunity to Uzbekistan and other Central Asian countries to open up to China. The construction of the railway started in 2013 and opening ceremony took place in June 2016. The total budget of the railway is estimated as 1.634 billion US dollars and international financial institutions, including Eximbank of China with 350 million US dollars, supported Uzbekistan for country to be able to actualize this project via loans. In the framework of the railway construction "Uzbekistan Temir Yo’llari" JSC and China Railway Tunnel Group[11] signed a contract in 2013. According to this contract 19.2 km-railway tunnel that passes through the Kamchik pass was built by China Railway Tunnel Group, which is an important link for the completion of the overall railway line. Therefore, in the economic sphere Uzbekistan-China relations has been established on win-win understanding.

In the light of above-mentioned China-led projects and developments, it is important to understand where Russia stands for Uzbekistan and Uzbekistan’s role for Russia to analyze the new role of China and its possible outcomes. On one hand Chinese investments and activities are increasing China’s role in Eurasia. On the other hand, there is a need to establish balanced relations in the region in order to avoid any kind of attempt to dominate the region. Besides South Korea and Japan - Russia, the main trading partner until 2016, and European Institutions are showing interest in Uzbekistan’s role within the transportation projects and energy resources via Lukoil and Gazprom. For example, following the disagreements with Turkmenistan, Gazprom declared that it is willing to increase gas purchase from Uzbekistan, in 2016. CEO of Gazprom Alexey Miller said: “Uzbekistan is our reliable partner in the gas industry and we will continue developing our mutually beneficial cooperation…And, naturally, the volume of Uzbek gas purchase will grow this year"[12] last year. The amount of gas purchased from Uzbekistan was about 6.38 bcm in 2015[13] and the total natural gas production of the country was around 61.74 bcm in 2014.[14] Post-Soviet country has strong economic ties with Russia and it is not likely to change in the post-Karimov era. Uzbekistan suspended its CSTO membership in 2012, yet Russia did not fall apart from the country. Even today, both countries see each other as strategic partners and cooperate in many fields such as political, economic and humanitarian spheres. In fact, at 18th session of the Intergovernmental Commission on Economic Cooperation between Uzbekistan and Russia which started in Tashkent on Wednesday, it was declared that newly elected President of Uzbekistan Shavkat Mirziyayev is expected to pay a visit to Russia in April 2017.[15]  Also during his visit to Uzbekistan, to pay his respects to President Islam Karimov as he passed away, President Putin said: "For our part, we will do everything to support this path of mutual development and the people and leadership of Uzbekistan. You can fully count on us as your most reliable friends."[16] Moreover, although there is a decline, remittances of the Uzbek migrant workers in Russia are about 13-15% of the country's total GDP in Uzbekistan.[17]  Yet, there is a gap in the economic sphere comparing to the previous years due to difficult economic situation in Russia, which Chinese investments are filling. The Economist notes that “(Central Asian countries’) trade with China has increased tenfold in a decade...”[18] and the increasing trend in trade is one of the items that underlines the growing Chinese economic influence in the region.

The key policy for Uzbekistan to have a successful position in the economic sphere would be to diversify its trade partners in order to re-establish balanced foreign policy to avoid the dominance of any actor. In the security sphere, Uzbekistan tends to ally itself with the countries that share the same vision and concerns with itself. However, considering the complexity of the current crisis in Asia (and world) and challenges in Central Asia, it is possible to say that cooperation is a must. In that sense, whereas China supports Uzbekistan (vice versa), it is more likely to succeed if Uzbekistan collaborates with other Central Asian countries and actors that are actively engaged with the countries in the region, to tackle both conventional and unconventional threats.

[2] Lopez, A. R., “The Road Ahead: What the Death of Islam Karimov Means for Uzbekistan and Central Asia”, CSS ETH Zurich, 13 February 2017, http://isnblog.ethz.ch/government/the-road-ahead-what-the-death-of-islam-karimov-means-for-uzbekistan-and-central-asia