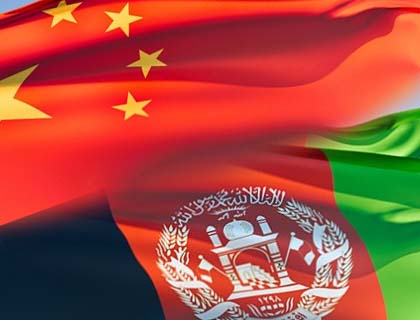 In 2014, NATO reduced its military capabilities from Afghanistan and handed over its duty to local security forces as International Security Assistance Force (ISAF) mission stated that it had achieved its target. However, in the post-2014 period, a lack of sufficient international support to ensure security in the country and an uncertain environment in Afghanistan and surrounding regions obliged countries in the region to become involved with the problems either individually or in cooperation with others. China is among them with economic and security concerns, since the situation in Afghanistan has the potential to negatively affect the China-led One Belt One Road (OBOR) and the stability in the region.

In that sense, China is increasing its presence in Afghanistan and the region in general, and taking further actions particularly in the fields of economy and security. Afghanistan’s geopolitical position, rich natural resources and stability are important factors for China and the China-led OBOR initiative. Therefore, both on regional and bilateral levels, China has been paying close attention to the developments in Afghanistan, as Afghanistan is the gate to develop connectivity projects in China’s western regions and Central Asia. In general, relations between Afghanistan and China have been developing on two levels; bilateral and regional; covering mainly economic and security dimensions.

On the bilateral level, the year 2014 can be considered as a milestone in China-Afghanistan relations. In 2014, high level officials visited each other from both sides, and the contacts between the two sides intensified and continued in the following years. China has a cautious and reserved yet attentive approach towards Afghanistan. Yang Jiechi, Foreign Minister of China, juxtaposed and explained China’s priorities in Afghanistan at the Kabul International Conference on Afghanistan on 20 July 2010 and called international community to focus on security and stability, political reconciliation, economic reconstruction and enhance international cooperation.[1] In 2014 and beyond, China took steps to be more active in the country and adopted policies that reflected the points highlighted by Mr. Jiechi’s speech. China has been cooperating with Afghanistan in the fields of security with joint military exercises particularly in the bordering regions with Tajikistan, Chinese economic presence in Afghanistan has also become more visible.

Firstly, China is highly concerned about the security in the region and trying to take measures to avoid the possibility of increasing discomfort in China’s Western regions and OBOR routes. Within the framework of her efforts to support stability works in Afghanistan, China took active roles within the regional formations such as Quadrilateral Cooperation and Coordination Mechanism consist of four countries; Afghanistan-China-Pakistan-Tajikistan to tackle the security challenges and Quadrilateral Coordination Group consist of four countries; China-Afghanistan-Pakistan and the United States. Also, China has been conducting joint military exercises with Afghan forces.[2]

Security agenda of China covers the Taliban issue as well, although it is a sensitive issue for India due to security concerns – one of the most active actors in Afghanistan. On February 15, a six-party[3] conference was held in Moscow on “intra-Afghan reconciliation”[4]. According to news there was a disagreement between China and India on the policies towards Taliban. Vikas Swarup, India’s External Affairs Spokesperson, called for concerted efforts to prevent “safe havens or sanctuaries to any terrorist group or individual in countries of this region”[5] to express India’s concerns. Both countries are investing in Afghanistan and cooperating with the country to develop the situation, hence a rivalry or strong disagreements between two countries might have negative impacts on Afghanistan. Hong Lei, the Spokesperson for China’s Foreign Ministry, stated in a regular press conference that: “China supports ‘the Afghan-led, Afghan-own[ed]’ reconciliation process, and stands ready to play a constructive role to that end… On the premise of respecting Afghanistan’s sovereignty and the will of all sides, China will work with all parties to support and help relaunch peace talks inside Afghanistan,”[6] which explains the motivations behind China’s involvement in Afghanistan’s security related issues and underlines the importance of joint efforts to support Afghan government to overcome the challenges. Nevertheless, the security situation is not getting any better in Afghanistan. Recently, DAESH (ISIS) based in Afghanistan attacked NATO military convoy and the attacks on carried out by DAESH against Afghan civilians are still going on.

Secondly, economy is one of the pillars of the Afghanistan-China bilateral relations. Chinese investments and supports in the country have been increasing particularly in the fields of infrastructure and energy. China, the fifth biggest trade partner of Afghanistan, provided approximately 240 million US Dollars to Afghanistan between the years 2001-2013. Remarkably, in 2014 alone, the amount of aid China provided to Afghanistan reached to 80 million US Dollars.[7] In addition, China Metallurgical Group Corp (MCC) has been operating in Mes Aynak Copper Mine since 2007, which is the second largest copper deposit in the world.[8] Afghanistan has rich mineral resources that attract Chinese investors. M.K. Bhadrakumar, author and an Indian diplomat, stated that "One trillion dollars’ worth of mineral resources is available in Afghanistan. Extending the BRI to Afghanistan will facilitate extraction of the minerals to the Chinese economy. It will also facilitate export of China's industrial surplus to Afghanistan."[9]

Furthermore, railways should be mentioned as important components of China’s infrastructure investments as China is in the search to diversify its trade routes both with security and technical concerns. For instance, the Sino-Afghan Railway project has been on the agenda on both Afghanistan and China. On September 2016, the first train from China reached to the city called Hairatan, located in the northern part of Afghanistan in approximately 14 days. The train has the capability to carry commercial goods worth 4 million US Dollars.[11] It is an important connection for China to reach out not only to Afghanistan but also beyond Asia as Yao Jing, Ambassador of China in Afghanistan stated at the speech he delivered during ceremony on September 7, marking the arrival of the first train from China to Afghanistan: “Without Afghan connectivity, there is no way to connect China with rest of world,”.[12] The new corridor will connect China with the wider region and strengthen Chinese-Afghan economic ties via providing faster transportation option. Considering China’s investments in the country, particularly in Mes Aynak Copper Mine, opportunities that Afghan-Sino Railway presents to both countries should not be underestimated; Azarakhsh Hafizi, Chairman of International Relations of Afghan Chamber of Commerce and Industries, stated that: “The direct railway can be the best route for them to transfer copper to China”.[13] However, under current circumstances, the instability in Afghanistan raises concerns and security aspect of the relations affects economic cooperation and potential of the transportation corridors. Implementation process is seen as a success story so far, though it still faces some challenges. For example, according to news the Sino-Afghan Railway route that passes through Uzbekistan was blocked by Uzbek officials on its way back to China due to security concerns and Uzbek officials offered an alternative route with more strict security measures.[14]

China has been trying to diversify its energy resources to meet her increasing demand and build transportation routes to reach out to Europe and beyond with joint efforts. Since 2013, with the announcement of OBOR initiative in Kazakhstan, China’s role in Central Asia and Afghanistan is increasing. These efforts are increasing partly because of the increasing tensions in the South China Sea (where multiple regional states have conflicting claims), from where Chinese maritime transportation corridors passes through to deliver its products to Europe.

In short, we can argue that China’s interest in Afghanistan is not merely about Afghanistan itself, but it is also about China’s security concerns in its immediate neighborhood and China’s efforts related to her territorial integrity policy; stability in its Western borders as there are already problems; safety of regional transportation and energy corridors; protection of the Chinese investments in the region and in Afghanistan, as well as broader transportation corridors passing through Afghanistan under the umbrella of China-led One Belt One Road; connecting the hubs and land-routes in West Asia. However, China’s efforts alone lack the potential to overcome all the challenges. Therefore, policies of other actors such as NATO, United States, Russia, and India are important and must be taken into account.

[12] Arushi Kumar, “WHY CHINA’S ONE BELT, ONE ROAD MATTERS FOR AFGHANISTAN”, South Asian Voices, May 12, 2017, Access date May 18, 2017, https://southasianvoices.org/why-china-one-belt-one-road-matters-afghanistan/