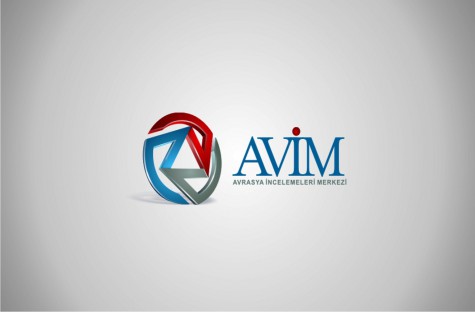 The rapidly evolving set of events in Crimea has had a polarizing effect on world public opinion and on international relations. The dispute primarily revolves around Russia on one side, and the European Union (EU) and the United States (US) on the other side.

On one side there is Russia, which considers the interim government of Ukraine to be illegitimate and and calls for Ukraine to reestablish the constitutional order.  It considers the Autonomous Republic of Crimea’s breakaway from Ukraine to be a natural response to the political developments in Ukraine. From the Russian perspective, Crimea’s secession is both legitimate and legal. Russia thus had no issues with accepting the autonomous republic’s referendum to become part of Russia.

The situation in Crimea is an unfolding event with murky details and which currently lacks an international consensus. Such cannot be said for a similar case: Nagorno-Karabakh. In light of the events in Crimea, the case of Nagorno-Karabakh demonstrates how inconsistent Western foreign policy principles can be applied.

Nagorno-Karabakh was an autonomous oblast (province) of Azerbaijan Soviet Socialist Republic before the collapse of the Soviet Union. At that time, the majority of the province’s population was ethnic Armenian, while ethnic Azerbaijanis constituted a sizable minority. In 1988, Armenia demanded that Nagorno-Karabakh be incorporated into Armenia. Ethnic-based clashes began to occur soon after. With the backing of Armenia and Russia armaments, ethnic Armenians of the region declared Nagorno-Karabakh’s secession from Azerbaijan. Amidst the heavy fighting that ensued between the disputing sides, ethnic Azerbaijanis were the ones to suffer the most; more than a million of them were displaced, were forced to migrate, and were subjected to massacres. Ceasefire was agreed in 1994. Nagorno-Karabakh together with several surrounding municipalities of Azerbaijan became occupied lands. Armenia and the self-proclaimed Nagorno-Karabakh Republic had no legal basis or proper justification for their belligerent acts. This is evident from the fact that the Security Council of the United Nations repeatedly stated the territorial integrity of Azerbaijan. The so-called Nagorno-Karabakh Republic (NKR) is not recognized by any state (including Armenia) or any international organization. Statements made by Russia, France and the US, the three co-chairs of the OSCE Minsk Group entrusted with the responsibility of bringing a peaceful resolution to the Nagorno-Karabakh conflict, have depicted the situation as the Armenian occupation of Azerbaijani territory, and have indicated that they do not recognize Nagorno-Karabakh as an independent state. Yet no steps have been taken to this day to end this occupation and no sanctions have been imposed on the perpetrators.

So the Crimean developments put all three co-chairs of Minsk Group in a very odd situation as regards to their attitudes in the Nagorno-Karabakh case. The fact that the US and the EU have chosen to react so sternly in terms Crimea, but have so far failed to do so when it comes to the “frozen” case of Nagorno-Karabakh, shows the double standards in diplomacy, foreign policy, and the interpretation of international law. Although Armenia was clearly the belligerent side during the Nagorno-Karabakh, and to this day continues to violate the territorial integrity of Azerbaijan (despite Security Council’s statements stressing Azerbaijan’s territorial integrity) and continues to fully support the so-called NKR, Armenia has never faced the kind of sanctions that Russia now faces. Why are the EU and the US so willing to punish a major economic and military power like Russia, yet so unwilling to do so when it comes to a marginal country like Armenia? This is a question no one seems to be asking. The US, France, and Russia have even opposed a non-binding UN resolution on the territorial integrity of Azerbaijan that demanded the immediate withdrawal of Armenian forces from the lands they occupy. Furthermore, some American and French politicians’ actions are detrimental to the EU’s and the US’ avowed goal of finding a peaceful resolution to the Nagorno-Karabakh conflict. These politicians unquestioningly support the Armenian diaspora’s goals (seeking international recognition for NKR) simply to garner the diaspora’s political and financial support.

This inconsistent behavior of the world powers in the Nagorno-Karabakh occupation and territorial integrity problem has drawn no substantial attention from the international community. Amidst the heavily polarized and biased reporting and commenting that is being done on the Crimean issue, a similar case that has been going on unresolved for more than two decades now seems to have again been sidetracked and upstaged by the events in Crimea.