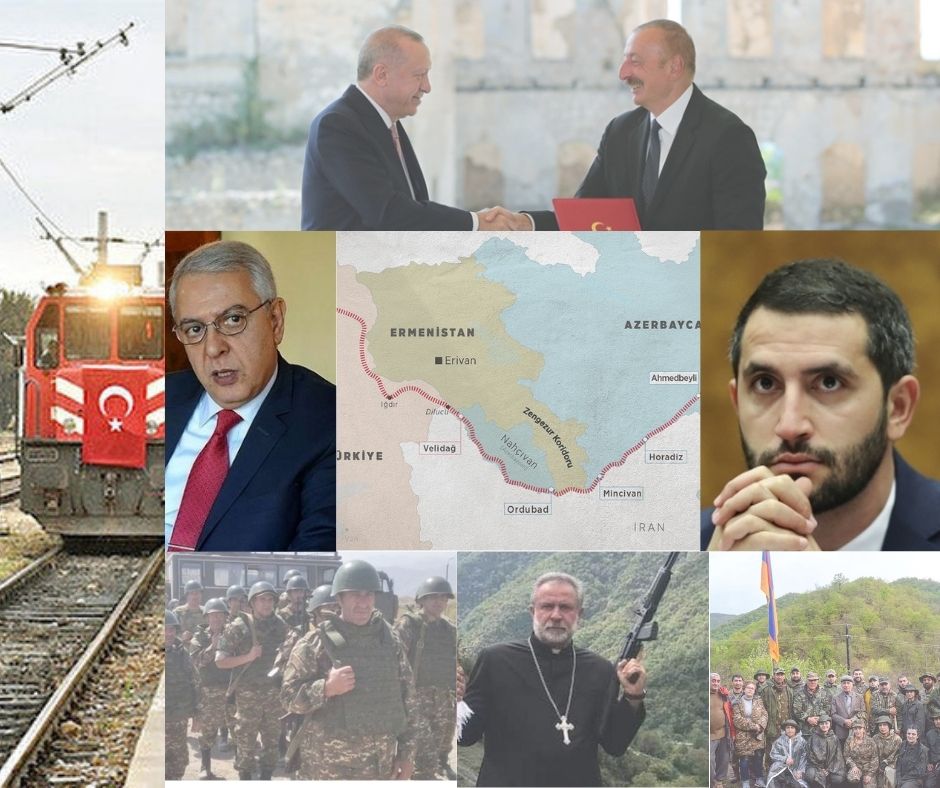 While special delegates of Armenia and Turkey came together in Moscow on 14 January 2022, interesting developments keep being taken place. Authorities of the Foreign Ministry of Armenia has uttered that they are hopeful about establishing diplomatic relations with Turkey and reopening borders.[1] According to the Armenian authorities, Armenia showed goodwill by opening her airspace to the planes of Azerbaijan and Turkey.[2] Moreover, reciprocal flights between Turkey and Armenia are to be started again. In addition to these, the embargo that was applied to Turkish products has been lifted. Bilateral talks between Turkey and Armenia started as of January 14 in such an environment. After the talk, foreign ministries of both countries have issued a common text and stated that delegates have agreed upon “continuing negotiations for full normalization without any prerequisite”[3]

However, this promising development about Armenia-Turkey relations is closely related to Armenia’s contributions to regional peace. Because in the past, the reason why the border between Armenia and Turkey was closed and diplomatic relations were not established was the attacks that Armenia launched against Nagorno-Karabakh, Zangezur and Nakhchivan. After the invasion of Nagorno-Karabakh, Turkey first closed the commercial flights and transportation routes to Armenia, then closed the borders until the invasion stopped. Therefore, Armenia-Azerbaijan relations have become one of the important factors in Turkey-Armenia relations.

Within this context, when we look at the developments in the period that we are in, while positive steps have been taken by Armenia under the influence of Russia, some internal developments lead to the perception that nothing has changed. Because the peace-seeking environment that was emerged after the 2020 Karabakh war is being tested by Armenia’s moves occasionally. One of them was the tensions that emerged on the Azerbaijan-Armenia border during the 2021 Armenia elections. Because the Armenian authorities, during the border marking works on the current borderline of Azerbaijan, reflected the situation as Azerbaijani soldiers crossed the border and attacked Armenia. Due to the tensions that started right before the elections, Tigran Avinyan, Deputy Prime Minister of Armenia, stated that they had asked for help from the Collective Security Treaty Organization (CSTO).[4] However, people were confused when it was reported that there was no official application from Armenia to the CSTO secretariat.

While the interest and belief in CSTO decreased in Armenia, the recruitment of Armenian soldiers to the peacekeeping force within the framework of the CSTO in order to calm the events in Kazakhstan caused the people of Armenia to turn their eyes to the CSTO once again. Meanwhile, ceasefire violations started to become more frequent in the Azerbaijan-Armenia contact line once again.

Some armed groups arguing Armenia has such deficiency in terms of the military have carried out such activities independent from the State of Armenia for a while. The most significant of them is a special armed group called VoMA which call themselves the “Armenian reserve army”. This armed group that consists of volunteers, announces on their website that they provide weapon training for volunteers against possible threats from “Turks” in Armenia. This armed group also participated voluntarily in the 2020 Karabakh war and did not lay down their arms afterwards and continued to “voluntary” weapon training. Moreover, this group had previously appeared in the media with images of the priest holding a gun in one hand and a cross in the other. It can also be seen on the website and social media accounts of the group that the priest has held religious ceremonies to support the group

Separatists who desire the conflicts in Armenia to restart still continue their existence. Such groups are supported not only by the Armenian opposition but also by the de facto structure that continues to exist in Khankendi. However, a new conflict between Azerbaijan and Armenia or a new invasion attempt of Armenia against Azerbaijan will also affect the future of relations with Turkey. In the message issued by the Turkish Ministry of Foreign Affairs on the occasion of the re-establishment of Turkey's diplomatic relations with Azerbaijan on January 14, it was also underlined that the said relations “reached an alliance with the Shusha Declaration”.[5] According to the Shusha Declaration, in the event of an attack on either party’s territorial integrity and sovereignty, it is stated that, in accordance with the UN rules, the parties shall make the necessary cooperation in order to prevent the attack. Therefore, any attack by Armenia on Azerbaijani lands will keep being closely related to the relations with Turkey.

Overlooking the activities of extremist and nationalist groups in Armenia is against Armenia's own interests and benefits. Because, again on January 14, Armenian Prime Minister Pashinyan ordered the establishment of a working group to start the restoration work of the Megri-Yerkassh railway line, which will establish the railway connection with Azerbaijan.[6] This is a huge step in terms of opening regional transportation lines. It is pointed out that Armenia adheres to its will to take part in regional projects.