THE CONFERENCE ON THE 1915 EVENTS HELD IN VILNIUS, LITHUANIA
Share : 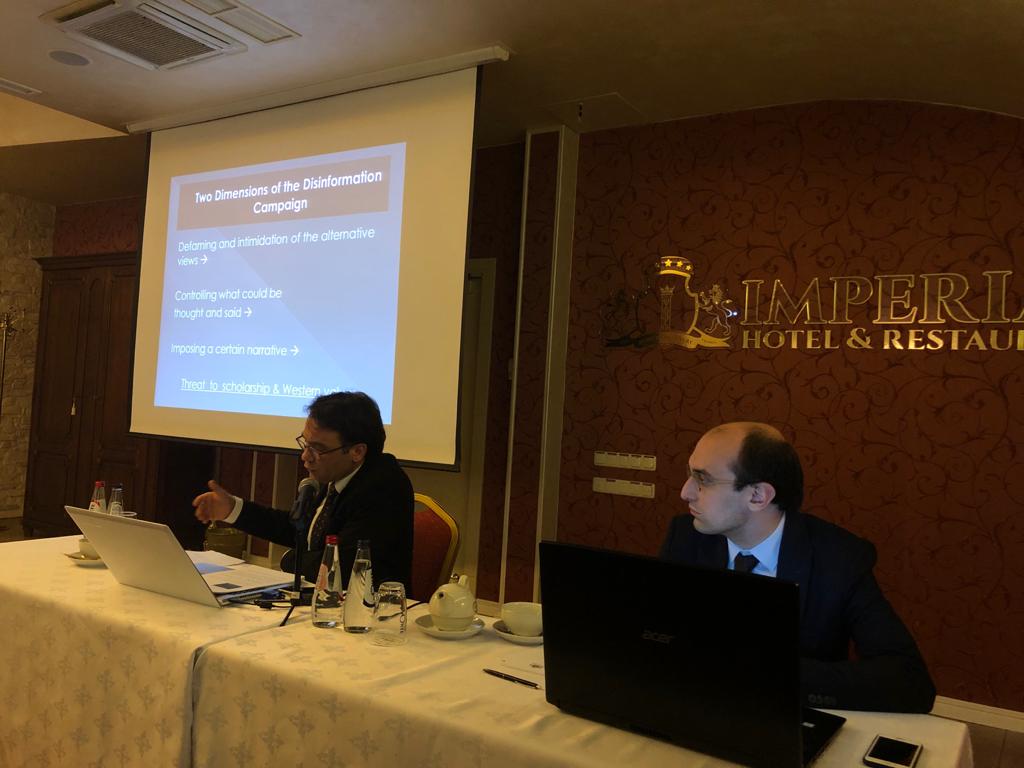 On 13 December 2019, Turkish Embassy in Vilnius (Lithuania) organized a conference titled “Myths and Propaganda on the 1915 Events” in this city. AVİM Senior Analyst Dr. Turgut Kerem Tuncel, who was an invited speaker at this conference, made an evaluation of the discourses and the methods that are employed by the groups, which try to impose a specific interpretation of the 1915 events as genocide. Dr. Tuncel argued that the conceptualization of “hybrid threats,” which, in recent years, is a source of great concern especially in Eastern Europe, provides a very useful framework to make sense of strategies, tactics and methods of these groups. Dr. Tuncel, underlining that the main strategy of the advocates of the genocide thesis is to turn the genocide thesis into a dogma as an unquestionable truth, stated that if there is a real desire to find a solution regarding the controversy over the characterization of the 1915 events, mechanisms that would enable open, honest and rational discussions need to be established.

AVİM’s Scholar in Residence Dr. Maxime Gauin, who was also an invited speaker at the conference, provided the audience with examples of the selectivity of the advocates of the genocide thesis with respect to the archival documents.  He also gave concrete examples regarding the ways in which this group distorts documents and forges non-existing ones while arguing for their specific interpretations as it tries to present its particular view as an indisputable reality. Dr. Gauin finalized his speech by emphasizing that he has been waiting for the response of the advocates of the genocide thesis whom he criticizes for selectivity, distortion and forge, yet such a response has not been given for years now.

An op-ed published in the Lithuanian press on the conference titled “Myths and Propaganda on the 1915 Events” held in Vilnius on 13 December 2019 can be found in the link below.