THE 64TH ISSUE OF THE ERMENİ ARAŞTIRMALARI JOURNAL IS OUT
Share : 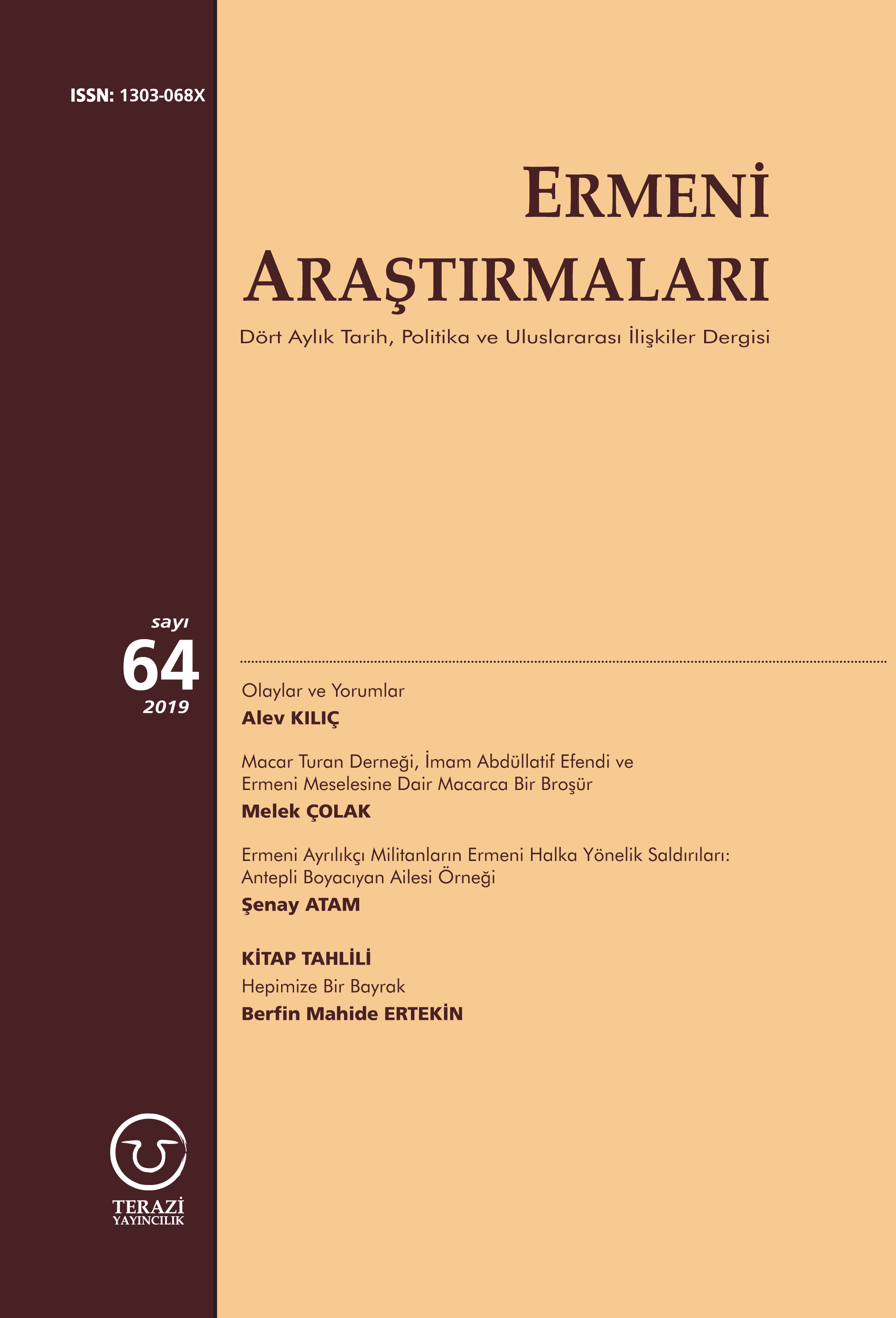 We are pleased to announce that the 64th issue of the Ermeni Araştırmaları journal has been published. This issue contains an editorial, two research articles and a book review.

The first article in the 64th issue, titled “Olaylar ve Yorumlar” (Facts and Comments) written by Alev Kılıç, covers Turkey-Armenia relations as well as domestic and international developments of Armenia in the period of September to December of 2019. Kılıç focuses on the increasing internal problems of the Pashinyan administration which is affecting Armenia's policies, hesistant and contradicting discourse on the solution of the Nagorno-Karabakh Conflict, Pashinyan’s effort to introduce foreign relations as evidence of success, and to undertake a mission to gather all the Armenians around the world within the concept of Pan-Armenianism.

In her article titled “Ermeni Ayrılıkçı Militanların Ermeni Halka Yönelik Saldırıları: Antepli Boyacıyan Ailesi Örneği” (The Attacts of Armenian Extremists against Armenians: Example of Boyaciyan Family from Aintab), Şenay Atam analyzes Armenian separatist militants’ methods of oppression and intimidation against other members of the Ottoman Armenian Millet. She especially focuses on the example of the Boyaciyan family, most of whose members were serving as civil servants in the Ottoman Empire, and through this, how such attacks against Armenian families loyal to the state put the the Ottoman State in a difficult position.

For the webpage of the Ermeni Araştırmaları journal, please visit: https://avim.org.tr/tr/Dergiler/Ermeni-Arastirmalari