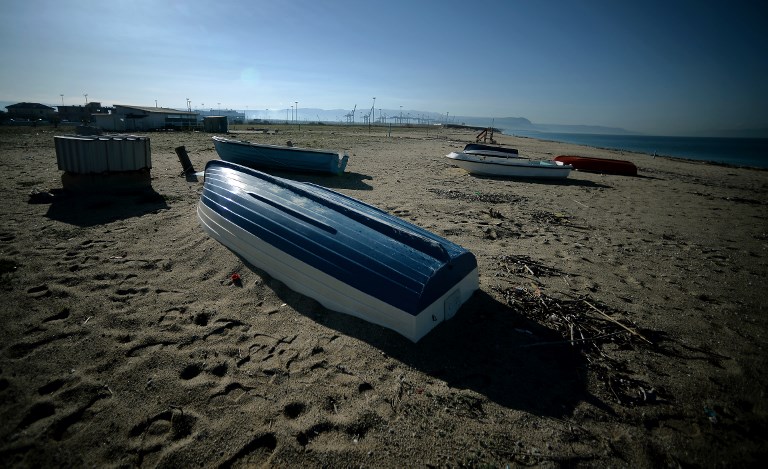 Locals in the small town of Torre Melissa in Calabria were woken before dawn by the cries of the Kurdish migrants, who had set sail from Turkey, mayor Gino Murgi told AFP.

The interior ministry said they were the first arrivals of the year. Some 23,270 people landed in Italy in 2018, most of whom had set off from crisis-hit Libya in North Africa.

Those arriving from Turkey are often packed into sailing boats by Ukrainian or Russian people-smugglers and dropped off on beaches in the south of Italy under cover of darkness.

Residents, city workers and migrants themselves helped the migrants -- including a three-month-old girl and an 18-month-old infant -- to shore, taking them to a hotel, the mayor said.

After most of the migrants got to shore, "there were still women screaming on the beach," Murgi said, describing the drama he encountered as he arrived on the scene in the dark. "Their children were still in the boat, which lay on its side. It was dark and cold. These moments were terrible," he said.

The migrants were expected to be transferred to a reception centre later.

Two Russian nationals suspected of being human traffickers were arrested, Murgi said. They had taken a room in a nearby hotel but raised suspicions when they arrived at dawn, soaked and without Italian visas stamped in their passports.

Despite Interior Minister Matteo Salvini's assertion that the country's "ports are closed" to would-be asylum seekers, arrivals have continued since he took up his post in June last year, averaging 44 migrants a day, or nearly 10,000.