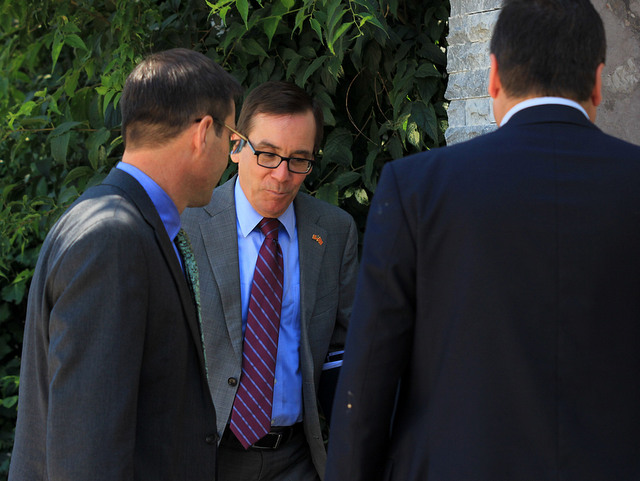 The main parties have reached an agreement to settle Macedonia’s ongoing political crisis, US ambassador to Macedonia Jess Baily told the media after Wednesday's talks in Skopje. Baily added that the parties will reconvene in late August to assess the implementation of reforms and to determine an election date.

After many stumbling blocks, the parties finally reached a consensus on the cleaning up of electoral rolls, reforms designed to ensure balanced reporting for upcoming elections and the composition of a new interim government.

The new agreement stipulates that an interim government, to be formed 100 days before any scheduled election date, will carry out the organization of the polls.

Throughout the negotiations, the government and opposition were sharply divided over the powers of the interim Interior Minister, to be drawn from the ranks of the opposition.

The new agreement restores the Minister’s ability to make appointments after the government proposed and parliament majority adopted changes to the Law on Police that substantially cut the Interior Minister's authority over appointing police chiefs earlier this month.

The parties are also obligated to carry out urgent reform priorities and to respect the Law on Special Prosecution, formed as part of last year's agreement and tasked to investigate high-level crime.

The crisis in Macedonia escalated in February 2015, when the opposition started releasing batches of covertly recorded tapes, which it said showed that the VMRO DPMNE-led government was behind the illegal surveillance of some 20,000 people, including ministers. They said the tapes proved many criminal allegations against government members.

Nikola Gruevski, Prime Minister from 2006 until he resigned earlier this year under the EU-brokered deal, has said the tapes were “fabricated” by unnamed foreign intelligence services and given to the opposition in order to destabilise the country.

Since the crisis agreement was signed last summer, Macedonia has postponed early elections twice due to unfulfilled reforms. The ruling majority in parliament has also since dismissed the opposition ministers who joined the government to ensure fair polls.