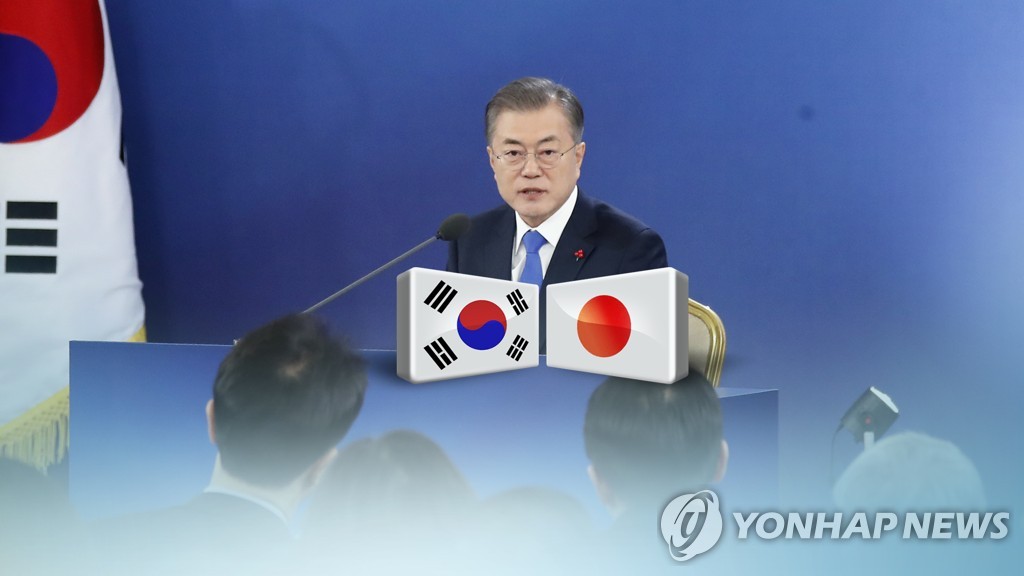 Japan's State Minister for Foreign Affairs Masahisa Sato has blasted Moon on Twitter for having said that the Tokyo government, as well as Seoul, should respect a court decision in Korea over the and that it cannot do anything to intervene in the judicial process.

Moon made the remarks during his first press conference of the new year on Thursday, amid the dispute over last week's court approval of a petition to seize Korea-based assets of Nippon Steel & Sumitomo Metal at the request of victims of forced labor during Tokyo's 1910-45 colonial rule.

"We think it is deeply regrettable that (Sato) has responded in this manner," the ministry official said on condition of anonymity. "It is Japan that should squarely face history and have a humble attitude."

During the press conference, Moon called on Tokyo to have a "more modest position," attributing the dispute to the two countries' "unfortunate" past. He also said it was "undesirable" for Japanese politicians to politicize the issue and escalate it into a controversy.

Last year, the Supreme Court in Seoul ordered the Japanese firm to pay compensation to four South Koreans for their forced labor and unpaid work during World War II. As the firm refused to comply with the ruling, the plaintiffs requested asset seizure.

Japan has requested government-to-government talks based on Article III of a 1965 treaty between Seoul and Tokyo that normalized bilateral ties. Seoul has not made any decision on the request.

The treaty stipulates that the two sides are to settle any dispute related to the treaty primarily through diplomatic channels. Tokyo has argued that all reparation-related issues pertaining to its colonization of South Korea were settled through the treaty.
https://en.yna.co.kr/view/AEN20190111002800315?section=national/diplomacy